Once more, the Conservatives are proving that they offer absolutely nothing for young people. 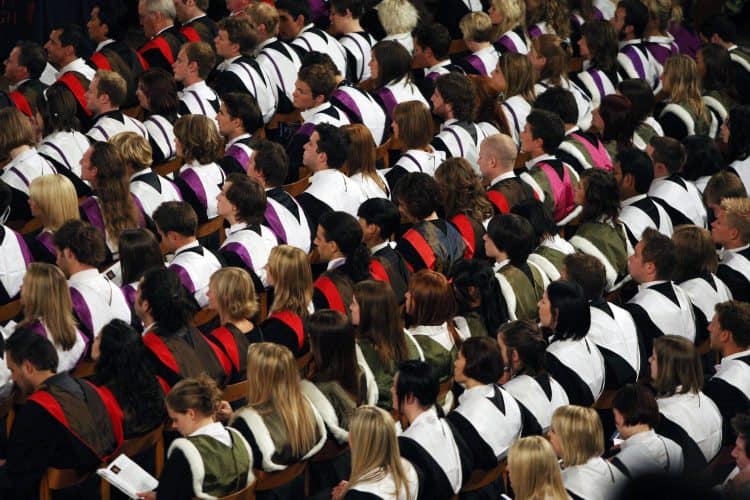 Students starting degrees in September will be forced to endure a real-terms cut in maintenance support of seven per cent – the largest ever in a single year.

The government is increasing maintenance support by 2.3 per cent based on last year’s inflation figures, the New Statesman reported.

But with retail prices set to rise by as much as ten per cent over the year to September 2023, the increase will leave students with a seven per cent cut in spending power, research by the House of Commons Library revealed.

The cut comes alongside the ongoing freeze of the income threshold required to qualified for the maximum maintenance support. The threshold is £25,000, but will be equivalent to £23,982 by the end of the next academic year – a four per cent real terms cut.

It comes after new government requirements could block access to student loans for up to 55 per cent of disadvantaged children.

New proposals, reported on 23 February, mean that pupils without the equivalent of of grade 4 or above in both English and maths at GCSE, or without two A-levels at grade E or above, will be denied student loans.

It could put financial support out of reach for more than half of England’s disadvantaged children – including pupils who have been eligible for free school meals in the last six years, or who have been adopted from care.

Labour said this week that pupils’ education is being put at risk through the government’s “failure” to deal with school energy bills.

On Wednesday, the party said that school energy bills had doubled over the past year according to their analysis of data from the House of Commons Library, and urged the government to ensure pupils did not miss out on opportunities because of rising costs.

He added: “Ministers must get a grip and engage with schools to ensure children do not lose out on further opportunities.”

“Labour is calling on the government to prioritise children’s learning and development post-pandemic, with breakfast and afterschool clubs, tutoring and mental health support.

“The Education Secretary must match this ambition with a proper plan to secure children’s futures.”

The data suggests non-domestic gas and electricity prices nearly doubled last year driven by a rise in the cost of wholesale gas prices.

“Labour’s analysis shows bills doubled in 2021, which was hard enough, but the massive hikes we’re hearing about so far this year dwarf that.”

“Like every household and business, schools are facing rises in energy costs that could cripple their budgets, budgets that are already stretched to breaking point.

“The government needs to remember that every penny diverted to paying increased energy bills is a penny that can’t be spent on children’s learning and wellbeing.

“It is pupils that could suffer if they don’t take action to help.”