Just days after the chancellor hiked NI, it is revealed his family may have been benefitting from tax reduction schemes. 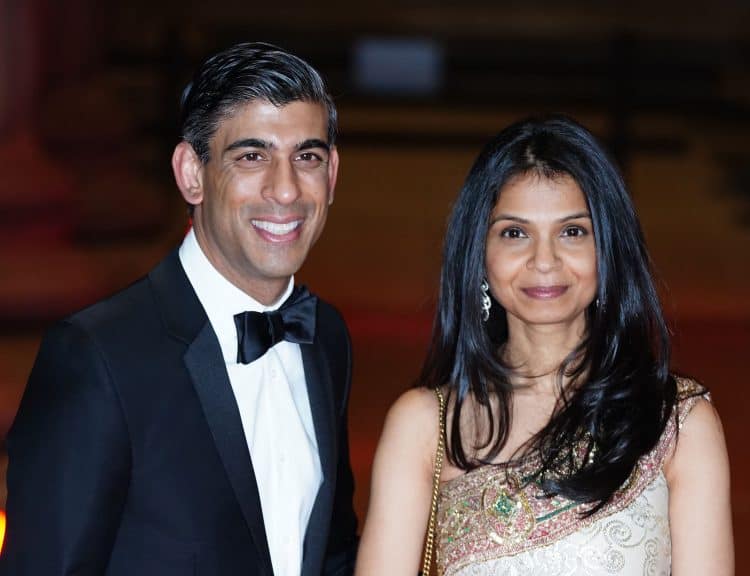 Rishi Sunak’s wife has defended her non-domicile status after it was claimed she could have saved millions by not paying UK tax on foreign income.

The Independent reported that Akshata Murty, who is believed to be worth hundreds of billions of pounds, held non-dom status.

This means her permanent home is considered outside of the UK and, although she is still liable for UK tax on income made in this country, she does not have to pay UK tax on foreign income unless it is brought into the UK.

The newspaper claims the status could have saved the Chancellor’s wife millions of pounds in tax on foreign earnings, but a spokeswoman for Ms Murty said she has always paid UK taxes on her UK income.

The non-dom status is lawful and it is understood Ms Murty pays foreign taxes on her overseas income.

But Labour said: “The Chancellor has imposed tax hike after tax hike on the British people.

“It is staggering that, at the same time, his family may have been benefitting from tax reduction schemes.

“This is yet another example of the Tories thinking it is one rule for them, another for everyone else.

“Rishi Sunak must now urgently explain how much he and his family have saved on their own tax bill at the same time he was putting taxes up for millions of working families and choosing to leave them £2,620 a year worse off.”

A spokeswoman for Ms Murty confirmed she held non-dom status and said: “Akshata Murty is a citizen of India, the country of her birth and parent’s home.

“India does not allow its citizens to hold the citizenship of another country simultaneously.

“So, according to British law, Ms Murty is treated as non-domiciled for UK tax purposes.

“She has always and will continue to pay UK taxes on all her UK income.”

It is understood Mr Sunak declared his wife’s tax status when he became a minister in 2018, and the Treasury was also aware so that any potential conflicts could be managed.

She is also reported to hold a 0.91% stake in Infosys, which was founded by her now billionaire father.