What is the scheme, who - beyond the Cabinet - is actually eligible for it, and when will the rest of us be able to use it? 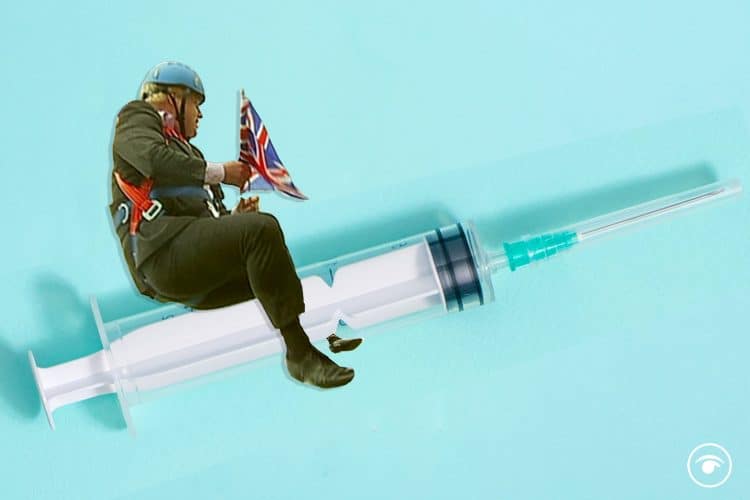 It’s July 19th, the day England unshackles itself from well over a year of legal coronavirus restrictions. Yet, despite the glorious weather and the reopening of nightclubs for the first time since March 2020, it feels less ‘let freedom ring’ and more ‘let freedom ping’. The health secretary, Sajid Javid, has Covid. The prime minister and chancellor have been forced into isolation. Despite the rhetoric, the pandemic feels closer and more visceral than ever.

More than 500,000 Brits were instructed to self-isolate last week. Given the optics of half the Cabinet joining them as they simultaneously announce a return to ‘normal’, one can sympathise with why Boris Johnson and Rishi Sunak sought to ferret their way out of quarantine on Sunday morning. Reporters were initially told that the pair had been miraculously selected for a new government pilot scheme involving daily testing. Cue outrage.

Opposition parties lambasted Johnson and Sunak, claiming yet more proof that it was “one rule for them and another for the rest of us”. Labour’s Jonathan Ashworth suggested it was unfair that politicians seemed to have access to “VIP testing” to dodge isolation while the rest of the country cancels plans and battens down the hatches, while Lib Dem leader Ed Davey questioned why the pilot scheme was only available to the “privileged few”. Two hours later, the inevitable u-turn came, and Johnson – poor thing – was confined to Chequers for ten days. So much for Freedom Day.

But what is the scheme, who – beyond the Cabinet – is actually eligible for it, and when will the rest of us be able to use it?

The workplace pilot scheme is in place to assess how effective daily contract tracing can be for those who have been in contact with people testing positive for Covid-19. Instead of fully self-isolating, close contacts will be rung up and sent seven days’ worth of lateral flow tests, to be undertaken each morning. Those without symptoms who also test negative will be exempt from self-isolation that day, allowing them to leave their homes to carry out essential activities.

It’s not a new scheme. It began in December 2020, and findings are due to be published later this summer. It was most notably used by Michael Gove earlier this summer after he was ‘pinged’ on his return from watching the Champions League Final in Lisbon. Yet it’s unclear which businesses are actually involved in the trial – and, crucially, whether Number 10 is one of them.

A press release on the government’s website suggests that 40,000 people are involved in the trial – but does not mention specific employers. But when Downing Street announced Johnson and Sunak’s sudden involvement on Sunday morning, they said Number 10 was one of 20 organisations involved in the pilot.

Robert Jenrick, the housing secretary, took to the airwaves on Sunday morning to claim that Network Rail, TFL, Heathrow and Border Force were all included in the “well-known and longstanding pilot” – but a TFL spokesperson said the company had received no official notification that they were part of the pilot, just a day after they’d been forced to close one of the London Underground’s line because of workers self-isolating.

A gift for Labour

Regardless, Sunday’s brouhaha was hardly a good luck for a government which continues to preach caution on one hand while its policy screams the opposite on the other. In a video statement posted on his Twitter feed, Johnson said he had “briefly” looked at joining the pilot scheme – not so brief that he didn’t have time to send out a press release indicating that’s what he would be doing – but concluded that “it is far more important that everybody sticks to the same rules”.

Politically, it’s a gift for Labour – and Sir Keir Starmer seems eager to make the most of it. “Boris Johnson and Rishi Sunak have been busted yet again for thinking the rules that we are all following don’t apply to them,” he said on Sunday. “The way the prime minister conducts himself creates chaos, makes for bad government and has deadly consequences for the British public. They robbed the bank, got caught and have now offered to give the money back.”

Whether the controversy has ‘cut-through’ with the public – like the Barnard Castle and Matt Hancock scandals before it – remains to be seen. Nonetheless, as Starmer pointed out, it’s hard to avoid the sense that the government is in chaos at the most inopportune moment.