"It's down to the British public to foot the bill not the hard working and overstretched banking sector," one Twitter user said. 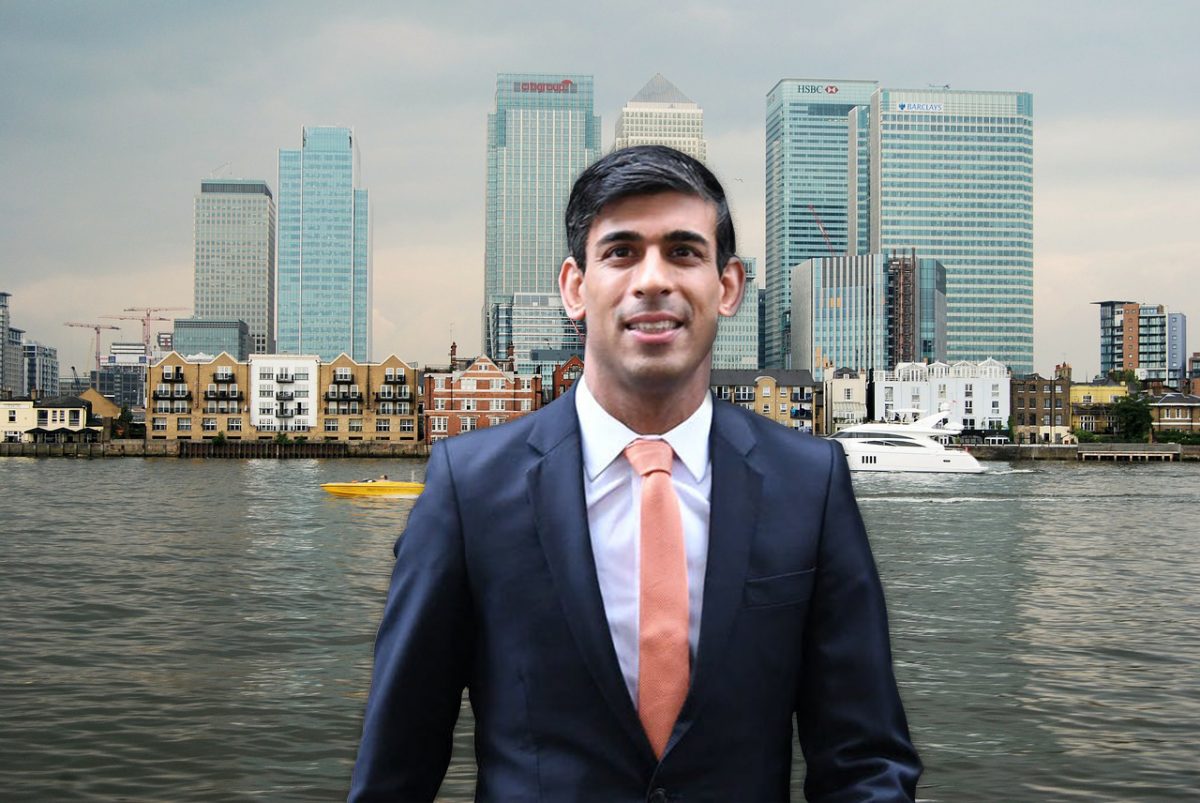 Rishi Sunak is preparing to slash a tax surcharge on bankprofits by more than60 per cent in next week’s budget – just weeks after he hiked the rate of National Insurance.

The chancellor will cut the surcharge from 8 per cent to 3 per cent from April 2023, to keep banking activity in the UK healthy in an era of higher corporation tax rates, according to the Financial Times.

The City of London claims the financial services sector, including staff and customers, contributes £75.6 billion a year in tax.

Sunak announced in his budget in March plans to raise corporation tax rates from 19 to 25 per cent from 2023. However, he admitted that if the current top-up rate continued this would “make the taxation of banks uncompetitive and damage one of the UK’s key exports”.

At present, banks pay tax at a rate of 27 per cent on their profits, comprised of 19 per cent corporation tax plus the 8 per cent surcharge. The rate is broadly in line with other financial centres including New York and Paris.

The chancellor will say that unless he reduces the surcharge, the overall UK corporation tax rate for banks after 2023 would have been uncompetitive, with banks facing a combined rate of 33 per cent.

Instead, from 2023, their combined rate will rise slightly to 28 per cent — 25 per cent corporation tax plus a 3 per cent surcharge.

In a Commons statement, Boris Johnson announced a new UK-wide 1.25 per cent health and social care levy based on National Insurance contributions.

But, speaking before Johnson’s statement in parliament, Rachel Reeves – the shadow chancellor – outlined Labour’s opposition to the policy, saying: “The prime minister and the chancellor’s plans to increase National Insurance will hit workers and business hard – at the worst possible time.

“The British Chamber of Commerce describe it as a ‘drag anchor on jobs growth’. The Federation of Small Businesses state that if this hike happens, fewer jobs will be created. And the TUC say that it is wrong to hit young and low-paid workers while leaving the wealthy untouched. We agree.”

“It cannot be right that nurses and builders are set to pay hundreds of pounds more each year in NI, yet those getting their incomes from a large portfolio of shares, stocks and property will pay not a penny more.”

One bemused Twitter user tended to, at least sarcastically, agree.