"I don't think anyone else in the world has ever killed livestock because we haven't been able to deal with it," one farmer said. 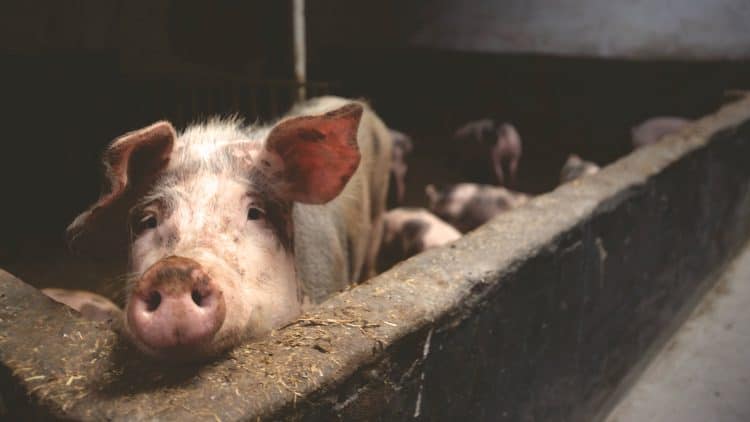 Farmers have spoken out about the devastating impact Brexit has had on their business in a hard-hitting documentary published on Byline TV.

The pork industry has been beset by labour shortages following the UK’s exit from the European Union.

Last week the government announced new measures to issue visas following warnings that some 150,000 pigs could be destroyed as waste due to a backlog of animals ready for slaughter.

But while the measures were welcomed, Mike Sheldon, pork sector board chairman of the Agriculture and Horticulture Development Board, said they will “not solve all the problems faced by the industry.”

He told the PA news agency: “These butchers must be recruited and trained; it will take between two and four weeks to do all of that – so it is just the start.

“The devil is in the detail, but it should mean an increase in the slaughter of pigs. Our latest data showed the backlog stopped growing or grew just a little bit so there have not been big inroads so far.

“From now until the middle of December the situation should start to ease little by little but will remain a problem for producers who are trying to deal with the number of pigs on farms.

“There are likely to be new issues around Christmas and New Year’s Eve, when abattoirs will see a reduction in staff due to holidays and extra days off.

“It will take time to get back on track in clearing this backlog.”

Speaking to Byline TV, pig farmers have expressed their dismay at the effects Brexit is having on their business.

“We seem to be the laughing stock of Europe,” one said.

“Christmas is partially cancelled already with pigs in blankets and things like that, there isn’t the staff to do it.

“So the shelves are going to be bare.”

He told Sky News: “We’re not saying that there’s not going to be food on the table at Christmas, but we’re struggling to put the party food together – the pigs in blankets, the netting of gammons.

“But I suspect that food can be imported and probably the turkeys might not be British turkeys but they may end up being French, or even turkeys from further afield.

“We’re not saying there’s going to be desperate shortages, but there certainly won’t be the choices available for British food, that’s for certain.”

Another farmer said it is a “devastation”.

“It shouldn’t be happening at all in this country.

“You don’t hear it in other countries. It’s a shame what’s happening.”