"Has the Prime Minister considered making way for someone with a skill set better suited to getting us through this crisis?" one MP asked. 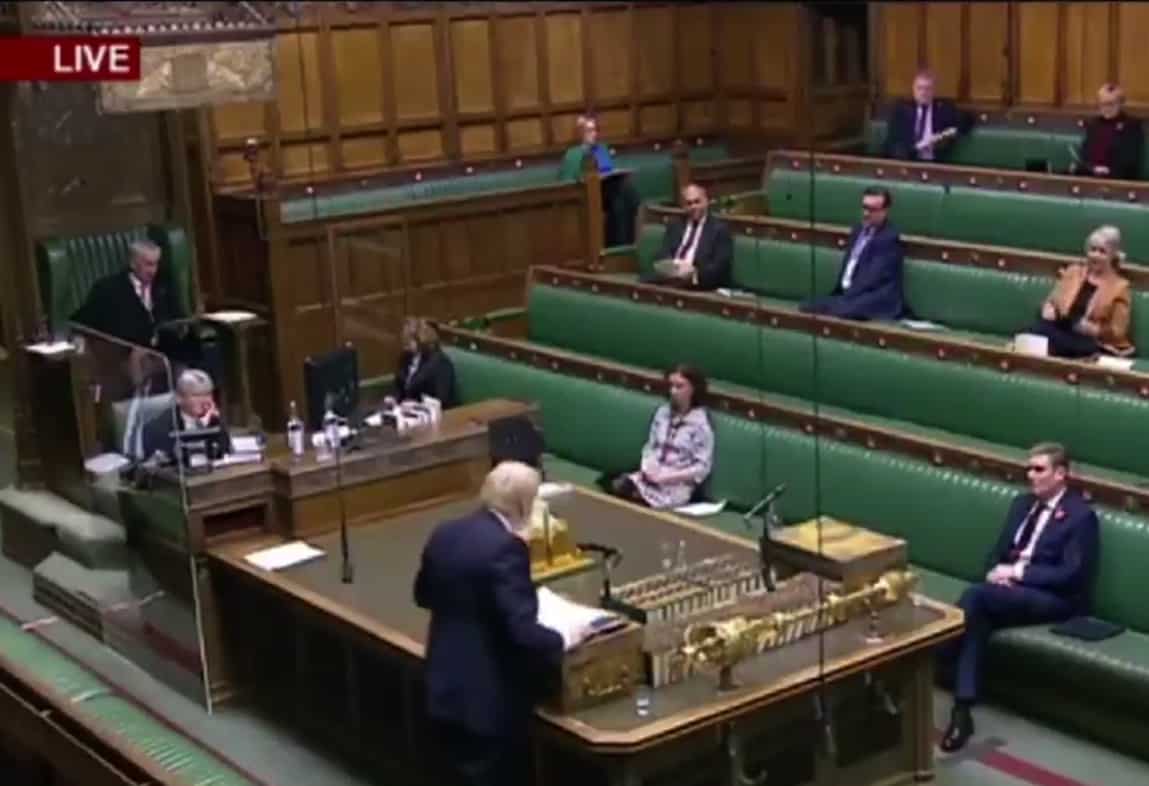 Boris Johnson cut a defeated figure in Parliament yesterday after he faced questions over the latest lockdown measures.

The Prime Minister guaranteed “without a shred of doubt” that the restrictions would expire on December 2, amid concerns on the Conservative benches that England’s lockdown could be extended.

He said technological advances will “defeat this virus by the spring” as he tries to ward off a rebellion over the stay-at-home order which is due to come into effect on Thursday.

Johnson promised MPs a fresh vote on the next stage of measures to combat coronavirus when “we intend to return” to a regional tiered system on December 2.

He announced greater support for the self-employed after extending the furlough scheme for employees as pubs, restaurants and non-essential shops are ordered to close.

But a growing number of senior MPs on the Conservative backbenches have indicated they will oppose the new lockdown during a vote on Wednesday, a day before it is set to come into force.

Mr Johnson hailed advances in medicine including “virtually instant” Covid-19 tests, and said there is a “real prospect” of a vaccine in the first quarter of next year.

“I believe that these technical developments, taken together, will enable us to defeat this virus by the spring as humanity has defeated every other infectious disease,” he said.

He promised that the national lockdown in England, if approved by MPs, will automatically expire next month and the Commons “will have a vote to agree the way forward”.

But he looked deflated as he took questions from Ministers last night.

Opposition leader Sir Keir Starmer highlighted the “human cost” of the government’s inaction, which he described as a “catastrophic failure of leadership”.

Keir Starmer – “That is the human cost of the government’s inaction… rejecting the advice of his own scientists for 40 days was a catastrophic failure of leadership… so the Prime Minister has to explain to the British people why he failed to act for so long.” #lockdown2uk pic.twitter.com/WslUqHGp3I