Coronavirus tests will be offered to everyone across the city in a pilot of mass testing in England. 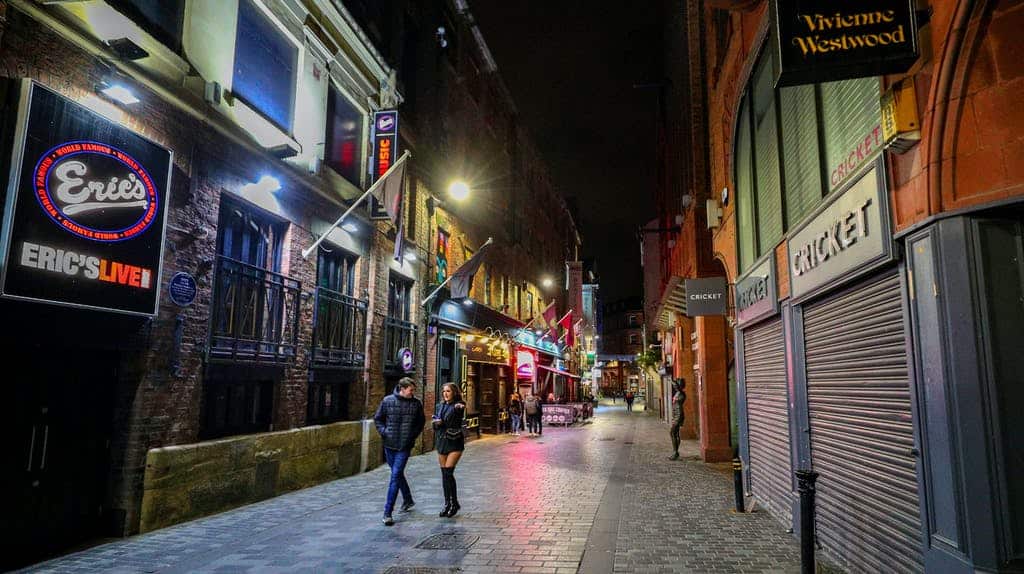 Some half a million people are to be offered regular coronavirus testing in a pilot scheme hailed as having the potential to be a “powerful new weapon” in the fight against the disease.

All residents and workers in Liverpool will be offered repeat testing whether or not they have symptoms, the Department of Health said.

The approach will see the city, which has a population of 498,042, become the first place to trial a wider testing scheme in England from Friday.

The mass testing pilot, which will see 2,000 military personnel deployed to help with the logistics, will come into effect a day after new national lockdown measures are due to take hold across England.

Boris Johnson said, depending on the success of rapid turnaround tests in the pilot, the aim is to distribute millions of them between now and Christmas to “empower local communities to use them to drive down transmission in their areas”.

The Department of Health said further detail would be released by Liverpool City Council this week on how residents and workers will be able to access the tests, and did not give any more information on how regular the testing would be.

Mayor of Liverpool Joe Anderson said local leaders had made it clear to the Government they were “keen that we should be considered for any new strategies to tackle the worrying rise in Covid-19”.

The aim is to use new rapid turnaround tests – alongside existing swab tests, and Lamp (loop-mediated isothermal amplification) technology for NHS staff – to find asymptomatic cases in order to help prevent and reduce transmission in the community.

Mr Johnson said: “These tests will help identify the many thousands of people in the city who don’t have symptoms but can still infect others without knowing.

“Dependent on their success in Liverpool, we will aim to distribute millions of these new rapid tests between now and Christmas and empower local communities to use them to drive down transmission in their areas.

“It is early days, but this kind of mass testing has the potential to be a powerful new weapon in our fight against Covid-19.”

“Defeat this virus by the spring”

The new restrictions, announced by the PM in a televised press conference at the weekend, will be put to a vote in Parliament on Wednesday, but a growing number of senior MPs on the Conservative backbenches have indicated they will vote against them.

Any Tory rebellion is likely to be only symbolic, with Labour poised to back the Government on the measures.

Appearing in the Commons on Monday, Mr Johnson guaranteed “without a shred of doubt” the restrictions would expire on December 2, amid concerns from some Tories that England’s lockdown could be extended beyond that date.

He insisted technological advances will “defeat this virus by the spring” as he tried to ward off a rebellion over the stay-at-home order, which has seen the PM also come under pressure from business chiefs about the “truly devastating” measure.

He promised MPs a fresh vote on the next stage of measures to combat coronavirus, saying the intention is to return to a regional tiered system after this lockdown, and announced greater support for the self-employed after extending the furlough scheme for employees as pubs, restaurants and non-essential shops are ordered to close.

Meanwhile the Guardian reported the self-isolation period for people who test positive and their contacts could this week be cut to seven days.

Speaking in the Commons, Mr Johnson said there would be a “big, big push” on the need for contacts to self-isolate, telling MPs “the proportion of people who are self-isolating in response to the urgings of NHS test, trace and isolate is not yet high enough”.

The PM, who will meet with his Cabinet on Tuesday morning, warned that “without action” there could be twice as many deaths over the winter as in the first wave, meaning there is “no alternative” but another national lockdown.

“Existential threat to the NHS”

In a sobering message, he said Covid-19 presents an “existential threat” to the NHS, with doctors being forced to choose which patients to treat and “who would live and who would die”.

Some experts have criticised scenarios, presented when the Government announced the new English lockdown, which estimate 4,000 deaths a day from coronavirus, saying that is based on out-of-date modelling, and suggesting numbers could actually be lower.

But Professor James Naismith, director of the Rosalind Franklin Institute, said even the most optimistic models show around 500 daily deaths within two to three weeks as being a “best case” scenario, and warned that if further action was not taken this could rise above 1,000 daily deaths before Christmas.

Chief scientific adviser Sir Patrick Vallance and chief medical officer for England Professor Chris Whitty are due to face questions from MPs on Tuesday afternoon when they appear before the Science and Technology Committee.

Labour leader Sir Keir Starmer has accused the Prime Minister of a “catastrophic failure of leadership” for rejecting a recommendation from scientists to impose a shorter “circuit-breaker” lockdown in September.