The shadow health secretary said Labour would not "shirk" from using the private sector to help cut waiting lists. 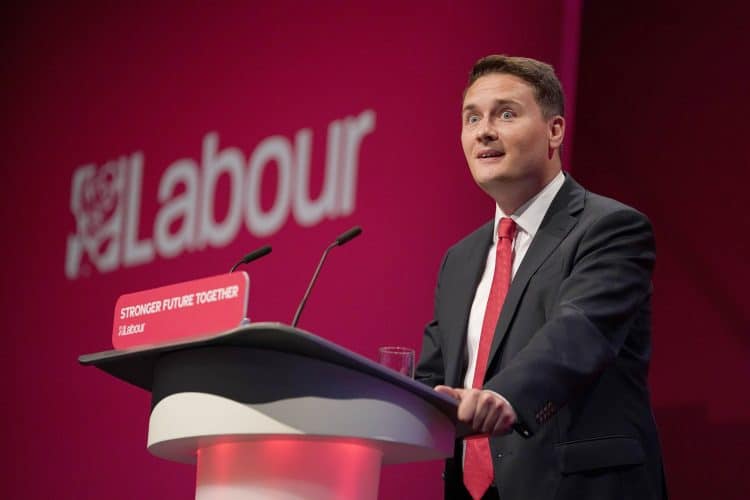 Labour would not “shirk” from using private healthcare providers to tackle NHS waiting lists, its shadow health secretary has said.

Wes Streeting told the BBC that it proved “effective” the last time the party had been in power.

But he pointed the finger at the Tories for necessitating the use of private providers, accusing them of having “run down the NHS”.

Streeting also revealed that his own experience of cancer had made him “even more passionate” about bringing down waiting list.

The health secretary’s comments show a drastic change in direction for Labour, and are likely to concern the party’s left flank.

Both Jeremy Corbyn and Ed Miliband, Keir Starmer’s two immediate predecessors, focussed their election campaigns on protecting the NHS in England from privatisation.

But under New Labour in the late 1990s and early 2000s, the role of the private sector in the health secretary increased significantly.

NHS waiting lists in England are at a record high as a result of Covid. As of September 2021, 5.8 million patients were waiting for surgery – like hip or knee replacements – with 300,000 waiting for more than a year, compared with just 1,600 before the pandemic.

But he cautioned doing so would “come at a cost” – and blamed a decade of Conservative government for crippling the NHS.

He told the BBC’s Political Thinking podcast: “No doubt the government will turn to the private sector, no doubt the next Labour government may have to use private sector capacity to bring down NHS waiting lists, and I won’t shirk that for a minute to get people better health outcomes.

“But I will be pretty furious at the costs involved, because it shouldn’t be the case that because Tory governments run down the NHS, we have to spend more taxpayers money than would be necessary in the private sector because we haven’t sorted out the public sector.”

Streeting revealed his own recovery from kidney cancer had been affected because of the pandemic’s impact on the NHS.

The 38-year-old was diagnosed last year, and had to take time off work to have an operation to remove a kidney.

He was promoted to shadow health secretary in Sir Keir Starmer’s most recent reshuffle soon after his return.

The Labour MP said: “I’m suffering in that sense in that I was supposed to have my six month follow up scan. We’re now approaching month eight, no scan and no appointment.”

He said he was “not lying awake at night thinking about this, as he is low risk for the cancer to return.

But, he added: “There are lots of other people who are on those waiting lists or who are on secondary care, and even with the critical incidents declared this month, who may see that their… cancer treatment disrupted in some ways.

“So I’m not complacent about this, and my own experience has made me even more passionate about bringing down waiting lists.”