The Labour leader also said unfairness is ‘baked-in’ to the A-level results. 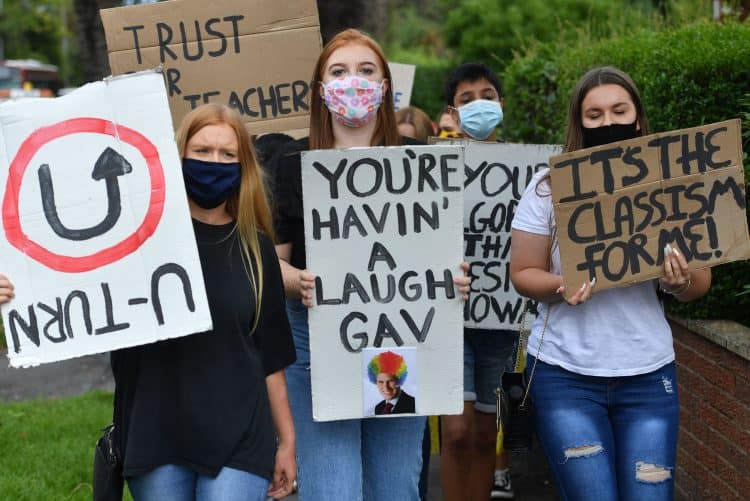 Sir Keir Starmer has said the education secretary should have been sacked “a long time ago” amid a fresh row over the future of A-levels.

The Labour leader told the Guardian he thought Boris Johnson should remove Gavin Williamson from his Cabinet position following heavy criticism over his performance in the role over the past year.

Sir Keir also said he opposed any plans to change A-level grades to a numerical system, reportedly being considered by the Government to shore up the credibility of the qualification.

Mr Williamson faced calls to resign over last year’s A-levels fiasco when the government used an algorithm to “moderate” the results only to later backtrack following widespread protests, while he has also received criticism over the schools recovery plan and confusion around children returning to class during the pandemic.

When asked on Wednesday by the Guardian whether he thought Boris Johnson should sack Mr Williamson, Sir Keir said: “Yes, yes and a long time ago. And I don’t think I’m alone.”

According to The Times, the prime minister is considering putting equalities minister Kemi Badenoch, who is popular in the Conservative Party for her attacks on “woke” campaigners, in the role.

Sir Keir also said the “now yawning” gap between state and private schools in the latest A-level results appeared to be to do with a “lack of a coherent framework to do the assessment” rather than the grading system.

He told the newspaper: “The problem is not whether we go to a 1-9 system, the problem is the baked-in unfairness.

“The gap between private schools and state schools has gone up. It was 20 per cent, now it’s 30 per cent. Instead of closing that gap it’s got worse. If you just brand it 1-9 it doesn’t solve that problem.

“The question the government has to answer is: Why was the attainment gap so big before? Why is it even bigger now?”

Ministers are thought to be considering replacing the traditional A to E grades with a numerical system in an effort to shore up the credibility of A-levels after record numbers were awarded the top marks.

But headteachers’ unions are calling on the government not to rush into introducing any radical reforms.

Geoff Barton, general secretary of the Association of School and College Leaders, said: “There is a legitimate question about what grade distribution at A-level should look like next year following two years of upheaval.

“Returning to the pattern of distribution when exams last took place in 2019 would seem very harsh on next year’s cohort because they have also been deeply affected by the disruption caused by the pandemic, and will be potentially competing for jobs with students from this year and last year when grade distribution was different.

“There may therefore be an argument for a staged adjustment or recalibration next year.

“It seems unnecessarily disruptive, however, to undertake an overhaul of the grading system itself to replace it with numbered grades or some other big change.

“A reform of this nature needs both a clear rationale and a lead-in period rather than landing it suddenly on students and teachers who are expecting A-levels to be graded in the fashion with which they are familiar. It would be very unfair and confusing to move the goalposts at this stage.”

Paul Whiteman, general secretary of school leaders’ union NAHT, added that suggestions of a move to a numerical system are “unrealistic”.

He said: “When GCSE grading changed, there were new specifications introduced and it took four years from the first teaching of those to the point where all GCSEs received numerical results.

“There is an opportunity here for government and Ofqual to review the current system’s reliance on terminal exams and grading by comparable outcomes. This requires meaningful consultation to ensure the fairest system for students.”

Private schools in England saw the largest absolute increase in the top grades compared with other types of schools and colleges – up 9.3 percentage points on last year, data from Ofqual on Tuesday suggested.