"This will not go down well in Red Wall seats at all," one said. 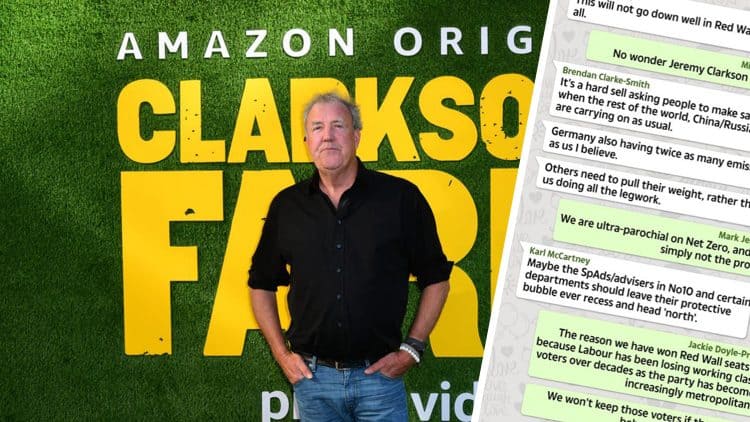 The exchange, revealed by The Sun, shows the PM’s fresh Northern contingent launch a blistering private assault on the climate change minister in a fiery tirade.

Ashfield MP Lee Anderson fumed: “This will not go down well in Red Wall seats at all.”

While former minister Jackie Doyle-Price added: “The reason we have won Red Wall seats is because Labour lost working class voters over decades as the party has become increasingly metropolitan.

“We won’t keep those voters if they see us behaving in the same way. We do need to get our approach to net zero right.”

Lincoln’s Karl McCartney added: “All the builders, mechanics, petrol-heads and even EV lovers across the country will be rolling their eyes at this ‘idealism’.

“Others need to pull their weight, rather than us doing all the legwork.

“Maybe the SpAds/advisers in No10 and certain departments should leave their protective bubble ever recess and head ‘north’.”

Lichfield MP Michael Fabricant even joked: “No wonder Jeremy Clarkson votes for us!”

“Dangerously close to running out of time”

Last week Cop26 president Alok Sharma warned that the world is getting “dangerously close” to running out of time to avert catastrophic climate change.

Mr Sharma – who is tasked with making a success of the upcoming climate talks in Glasgow – said failing to limit warming to 1.5C would be “catastrophic”.

In an interview with the Guardian, Mr Sharma said a report by the Intergovernmental Panel on Climate Change, due to be published on Monday, would be the “starkest warning yet” about what the future could hold.

“You’re seeing on a daily basis what is happening across the world. Last year was the hottest on record, the last decade the hottest decade on record,” he said.

“Moment we get this right”

“We will see (from the IPCC report) a very, very clear warning that unless we act now, we will unfortunately be out of time.”

He added: “Every fraction of a degree rise makes a difference and that’s why countries have to act now.”

“We’re seeing the impacts across the world – in the UK or the terrible flooding we’ve seen across Europe and China, or forest fires, the record temperatures that we’ve seen in North America,” he said.

“Every day you will see a new high being recorded in one way or another across the world.”