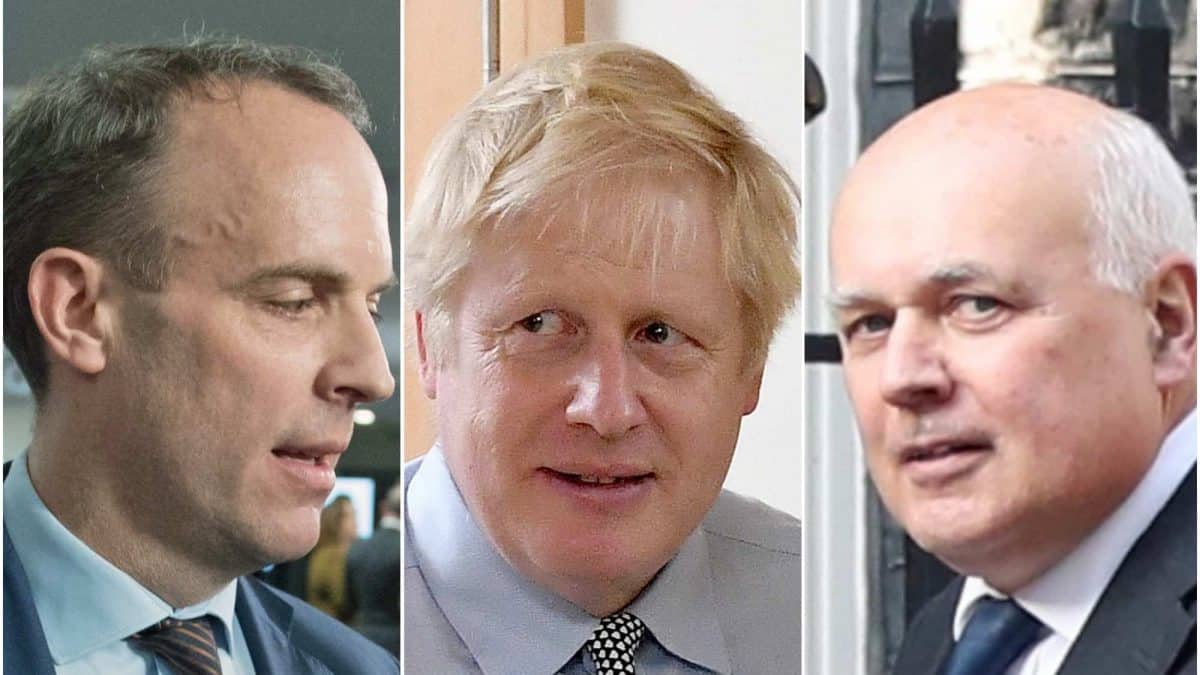 Seven senior Tories, including the Prime Minister, could be at risk of losing their seats at the upcoming General Election.

According to data provided to the Sunday Times, the likes of Boris Johnson, Foreign Secretary Dominic Raab, former Conservative leader Iain Duncan Smith and leading Brexiteer Steve Baker could all be ousted by tactical voting campaigns.

Zac Goldsmith, the former London mayoral leadership hopeful, is almost certain to lose his seat for the second time in as many years if the polling in his Richmond Park seat is correct.

The environment minister trails Sarah Olney, the Lib Dem candidate who defeated him in a by-election in 2016, by 20 points.

Outspoken backbencher Philip Davies and one-time leadership hopeful Sir John Redwood are both also said to be at risk.

The calculations were made by putting private poll findings and 270,000 voter interviews conducted by YouGov through a Datapraxis computer model, known in the polling industry as MRP, which analyses the specific demographics of each seat.

It is the largest analysis of polling data completed since the December 12 election was called.

Mr Raab enjoys a healthy majority of 23,298 in his Esher and Walton seat in Surrey but Datapraxis predicts he is currently on course to win by fewer than 3,000 votes.

The Tories have held the seat since 1910 but it voted 58 per cent remain in the 2016 referendum and the former Brexit secretary is vocally anti-Brussels.

Tactical switching by Labour supporters or a higher turnout among the under-40s could hand the seat to the Liberal Democrats, according to Datapraxis.

Likewise, in Chingford and Woodford Green, Mr Duncan Smith, the ex-work and pensions secretary, is only four percentage points ahead of his Labour challenger.

He could lose his seat if only two out of five of those intending to vote Lib Dem instead decide to vote tactically for Labour.

Mr Baker, the MP for Wycombe and chairman of the European Research Group (ERG), an influential band of Tory Brexiteers, is 13 points ahead of his Labour challenger.

But 22 per cent of his electorate say they are planning to vote Lib Dem or Green, meaning that if just over half of them switch to Labour, it could see Mr Baker toppled.

While events would have to go severely against him, even the PM could be in danger if supporters of other parties put their differences aside and opt to back Labour.

Mr Johnson has a 16-point lead against Labour in his constituency, according to the model.

Yet if the 13 per cent of people currently minded to vote Lib Dem or Green defect to Labour and turn-out is high amid a big voter registration push, then the Tory leader could be in trouble.

The report says: “In the seven ‘big beast’ seats, Goldsmith seems almost certain to lose already and Raab and Duncan Smith look to be in very serious jeopardy.

“But even if there is no tightening in the national polls, they could still lose through large-scale tactical campaigning and voting.”

Related: Fireworks in Ruislip as the campaign to unseat Boris kicks off