A flood of donations from across the world, including £10,000 from model rail enthusiast Sir Rod Stewart. 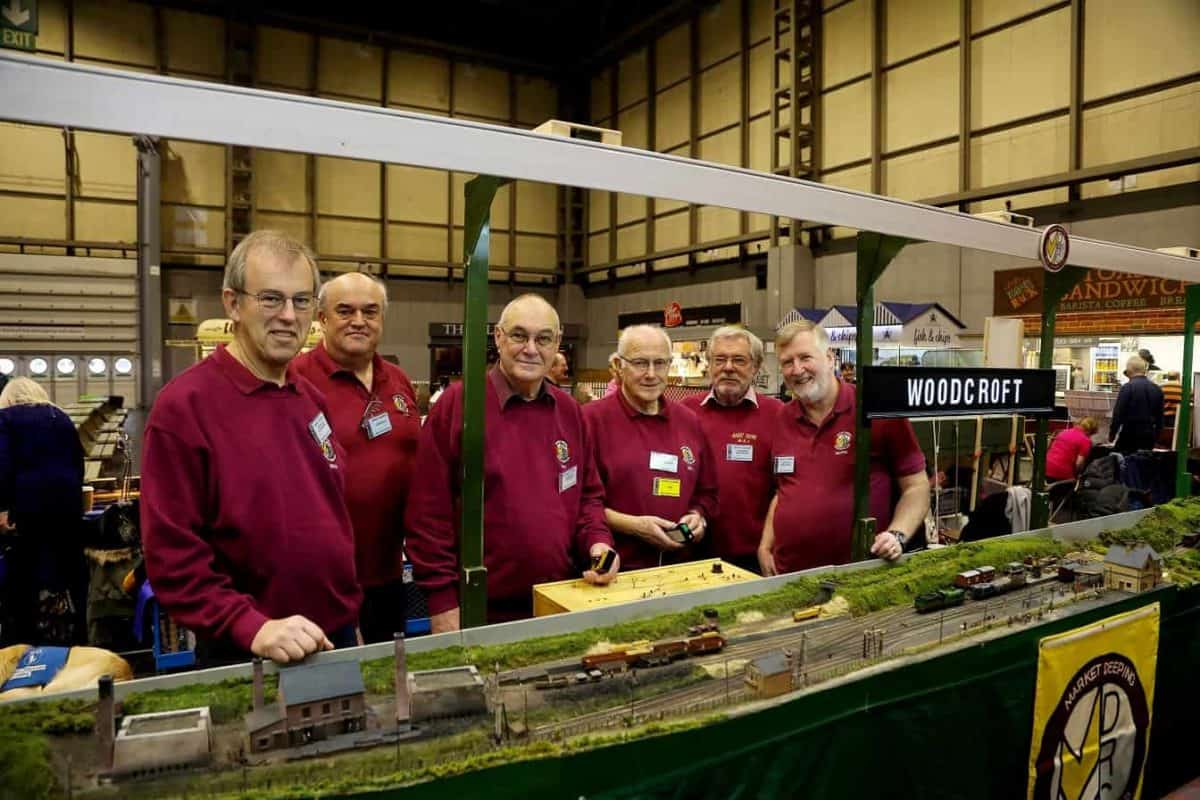 An expensive model railway display, callously destroyed by vandals in a mindless act, has been rebuilt due to generous donations with Sir Rod Stewart one of the contributors.

After a flood of donations from across the world, including £10,000 from model rail enthusiast Sir Rod, the sets were repaired and are now on display at the Warley Show at the Birmingham NEC.

It has taken 30 members of The Market Deeping Model Railway Club around 1,000 hours to restore their displays, making the train, track and buildings by hand.

The wires and electronics beneath the set also had to be completely rebuilt.

The club’s wonderful models was destroyed by four teenagers at Welland Academy in Stamford, Lincolnshire.

Officers were called after being alerted by a local resident to the break-in at around 3.50am on May 18.

The youngsters, three 16-year-old boys and a 15-year-old boy, admitted criminal damage at Lincoln Youth Court but cannot be named for legal reasons.

The court heard that the foursome had shared a bottle of vodka as part of a “pre-exam night out” before going on a “rampage”.

The act of “total wanton destruction” left “grown men in tears” and led to them calling off their exhibition.

Speaking at the time of cancellation, club chairman Peter Davies, 70, said exhibits were smashed, thrown around and stamped on, including a locomotive unit worth about £8,500.

The grandfather-of-five, a retired teacher, said the display had taken hours to prepare and included exhibits which were the “life’s work” of some members.

He said: “We are devastated and distraught.

“It’s heartbreaking. There were grown men there in tears because of what had been done, and I admit I was one of them.

“Can you imagine your life’s work wrecked? One guy spent 25 years on his work and it’s wrecked, it’s just horrendous. They left it like a bomb site.

“Work that had taken many years to complete was totally destroyed.

“There were many different models of locomotives across the hall that were smashed, trodden and kicked about.

“Tables and layouts were overturned, dioramas were trashed, it was total devastation and destruction.

“There was no plan it was mindless. I have no idea why someone would do this.

“People have spent their lives building a model and then to see it trashed, there is no human emotion you can explain – just total despair.”

A fundraising page was set up by the club, to raise £500 for the rebuilding efforts, but it raised more than £70,000 in just over a day.

Financial donations came from over 5500 people from across the world and it topped £107,000 when Sir Rod gave generously.

The crooner said at the time: “It took me 23 years to build my model railway so I feel their pain.

“The collection was priceless and I am donating £10,000 to help compensate those affected.”

Chairman Peter Davies continued: “Rod’s donation was completely out of the blue, and it was absolutely amazing.”

“We could have just easily walked away. That’s not the thing to do, we’re a club, we work together and it’s been satisfying getting it back again.”

Sir Rod has now been made an honorary club member with his own t-shirt waiting for him to pick up.