Pete Wishart highlighted a recent poll showing majority support for Scotland to leave the UK in the wake of a number of scandals. 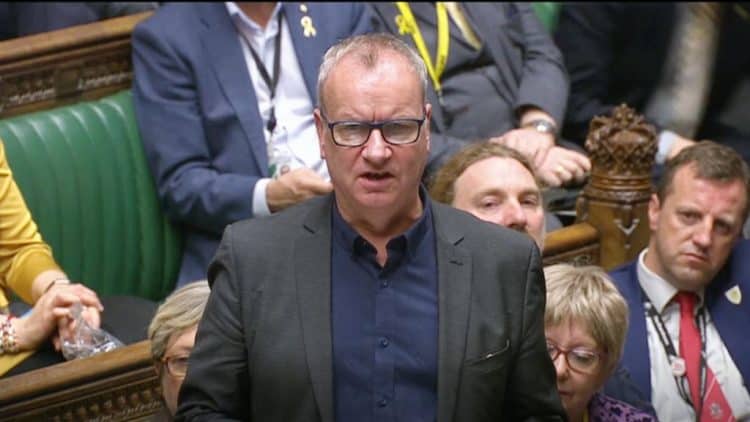 Scots will back independence as they want to “get the hell out” of the “sleazy cesspit” of Westminster, the SNP has claimed.

The SNP’s shadow Commons leader said: “The Scottish people are looking at this corrupt, sleazy cesspit and they do not like what they see.

“They’re quickly determining it’s time to get the hell out of this place.”

Commons Leader Jacob Rees-Mogg replied: “He wants to bat back and forth opinion polls, and I note even SNP supporters don’t think having a referendum on independence is very important.

“I think they want to see the SNP Government in Scotland getting on with running Scotland properly and making the health service work, and building the roads and dealing with all the problems they’re singularly failing to deal with.”

Last week Wishart said aliens would “immediately want to be transported back from where they came” if they landed in Westminster and found a “dribbling wreck” of a prime minister.

His comments came on the back of a bizarre CBI speech that left journalists asking after Boris Johnson’s welbeing.

Related: Meghan slams publisher of Mail on Sunday after legal victory – she didn’t hold back