"You lost your notes, you lost your place, you went off on a tangent about Peppa Pig; frankly, is everything OK?" 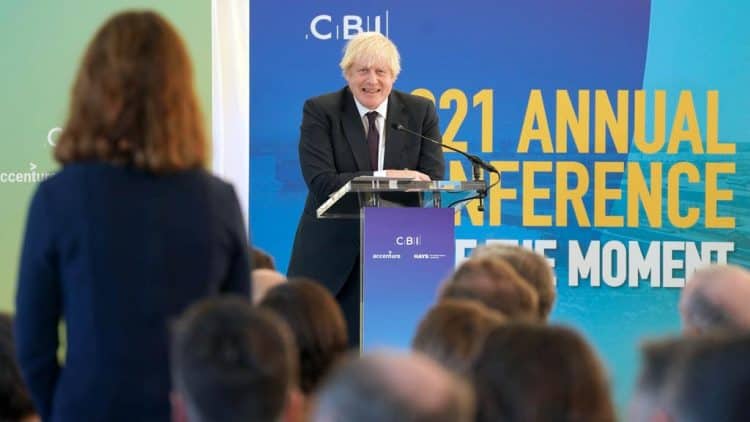 Concerned journalists have started to check in on the prime minister’s wellbeing after his bizarre speech to the CBI.

Boris Johnson enthused about a visit to Peppa Pig World and pretended to be a speeding car during an occasionally baffling speech to business chiefs.

The PM – who also made a passing comparison between himself and Moses – trekked to South Shields to explain his new-found enthusiasm for wind power.

But like many parents of toddlers, Mr Johnson’s mind may not have been as focused on the task in hand as he might have liked.

Praising the ingenuity of the private sector, Mr Johnson said “no Whitehall civil servant could conceivably have come up with Peppa”.

In a speech that was meant to be about green policies Mr Johnson, who once claimed wind farms could not “pull the skin off a rice pudding”, praised the “beautiful white mills” off the North Sea coast “as we claim a new harvest, rich and green from the drowned meadows of Doggerland”.

That power could fuel electric vehicles (EVs) – although Mr Johnson acknowledged they may not “burble” like a high-powered petrol car, impersonating a roaring engine to underline the point.

The Prime Minister also compared his 10-point plan for a green industrial revolution to the 10 Commandments brought down by Moses from Mount Sinai.

Such was the concern over Johnson following the speech that some journalists even took to asking about his welfare.

Watch the ITV interview below: