“This is G.R. Eggs, reporting for duty," the high street bakery responded on Twitter. 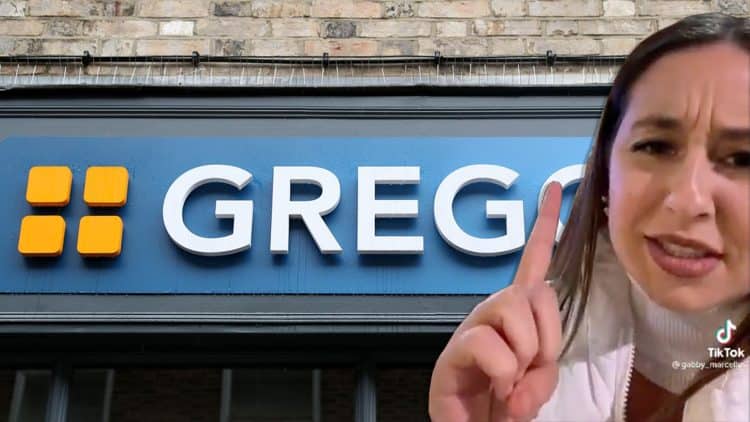 An American woman has become aTikTok sensation after expressing her love for high street bakers Greggs.

Gabrielle Marcellus sent a message back home telling her friends about the chain, which she described as the place to go for breakfast.

She said: “OK guys if you’re looking for a really great place for breakfast in England go to this place GR Eggs.

“They have really good sausage rolls.”

Her British friend then interrupted her, clarifying the name is actually ‘Greggs’, which seemed to put her out somewhat.

Supermarket Co-Op replied to the clip saying: “That’s a nope from us then.” Meanwhile, Heinz wrote: “GReggs is a vibe.”

Greggs themselves have since gotten involved, tweeting the clip and adding: “This is G.R. Eggs, reporting for duty.”

Since the video has gone viral, Marcellus has posted another TikTok explaining why she calls Greggs ‘GR Eggs.’

She says that, in 2018, she had an English boyfriend and during a trip to London they were searching for somewhere to have breakfast.

“I don’t know why but for some reason I saw the word ‘eggs’ and ‘GR’ and I swore it was ‘GR Eggs.’ It’s definitely not. I know it’s called Greggs but it’s such a funny story and it’s a running joke with me and my friends from the UK. I never refer to it as Greggs because to me it’s always GR Eggs.”