Mrs Foster described the recent scenes of violence on the streets of Northern Ireland as being part of that impact, “because people feel that they are being treated differently from the rest of the United Kingdom”. 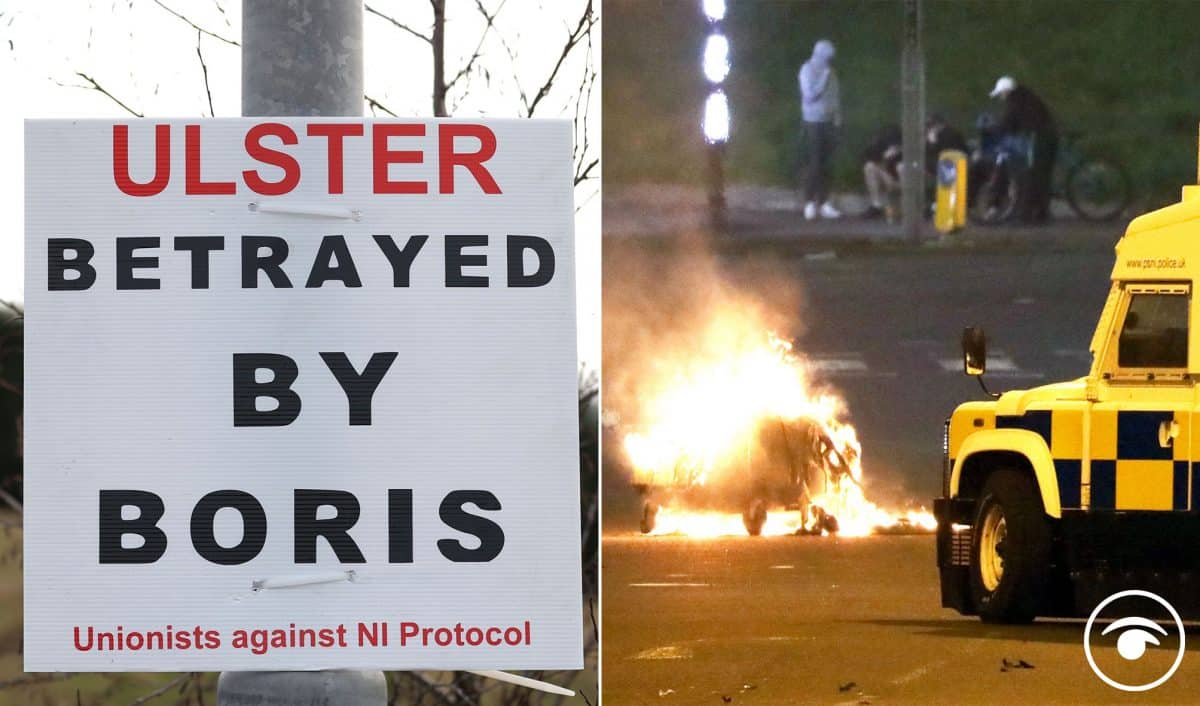 Northern Ireland’s First Minister has called for the current post-Brexit trading arrangements to be replaced with something “realistic and sustainable”.

EU rules are applied at the region’s ports as part of the deal which was negotiated to avoid a hard border on the island of Ireland as the Republic remains within the bloc.

A number of legal challenges are being launched against the protocol.

In January the DUP appeared to give a guarded welcome to the protocol, referring to opportunities.

Speaking at an In Conversation online event with Institute of Economic Affairs director general Mark Littlewood on Wednesday, Mrs Foster said the DUP warned about the impact of the protocol “right from its inception”.

“We could see what was going to happen because of the European Union are very legalistic and they always go down to the nth degree in terms of what they need to do to protect their single market,” she said.

“What we have is a completely disproportionate situation where trade between Great Britain and Northern Ireland has been severely disrupted.

“Even with grace periods we still have 20% of the whole European Union checks happening between GB and Northern Ireland.

“It’s totally disproportionate and it needs to be sorted out.”

Mrs Foster called for a “realistic and sustainable” replacement to the protocol.

“I don’t think a rolling grace period is really the answer, I think that what we need to see is a replacement for the protocol and one that recognises the very integrated supply chain of the United Kingdom, between Great Britain and Northern Ireland,” she said.

Mrs Foster described the recent scenes of violence on the streets of Northern Ireland as being part of that impact, “because people feel that they are being treated differently from the rest of the United Kingdom”.

“What we have here is the internal market of a sovereign country actually being disrupted by rules that have been set down by the European Union, and you can imagine why those of us who are unionists are very offended by that, because we have no say in those rules,” she said.

“Those rules are set by the European Union from now on and there is a huge democratic deficit in relation to that.”

Meanwhile, asked about her thoughts on a referendum on the constitutional status of Northern Ireland, Mrs Foster said she is very confident the majority would vote to remain within the UK.

“There is no suggestion otherwise from any credible polling that is there, but we do have the Belfast Agreement that says if you have a poll then you can hold another poll in not less than seven years times … so the instability that would follow the holding of a referendum, that continuous roll of seven years, would be really bad for Northern Ireland,” she said.

“There are cultural differences in Northern Ireland, not everybody is a cultural unionist, there are cultural nationalists who want to celebrate their Irish nationalism and that is fine but we’re part of the United Kingdom in terms of moving forward on the global stage and that’s where I think we should be absolutely focused instead of focus on this nevereferendum.”