An estimated 800,000 ethnic Tutsis, and Hutus who tried to protect them, were killed by Hutu perpetrators during 100 days in 1994. 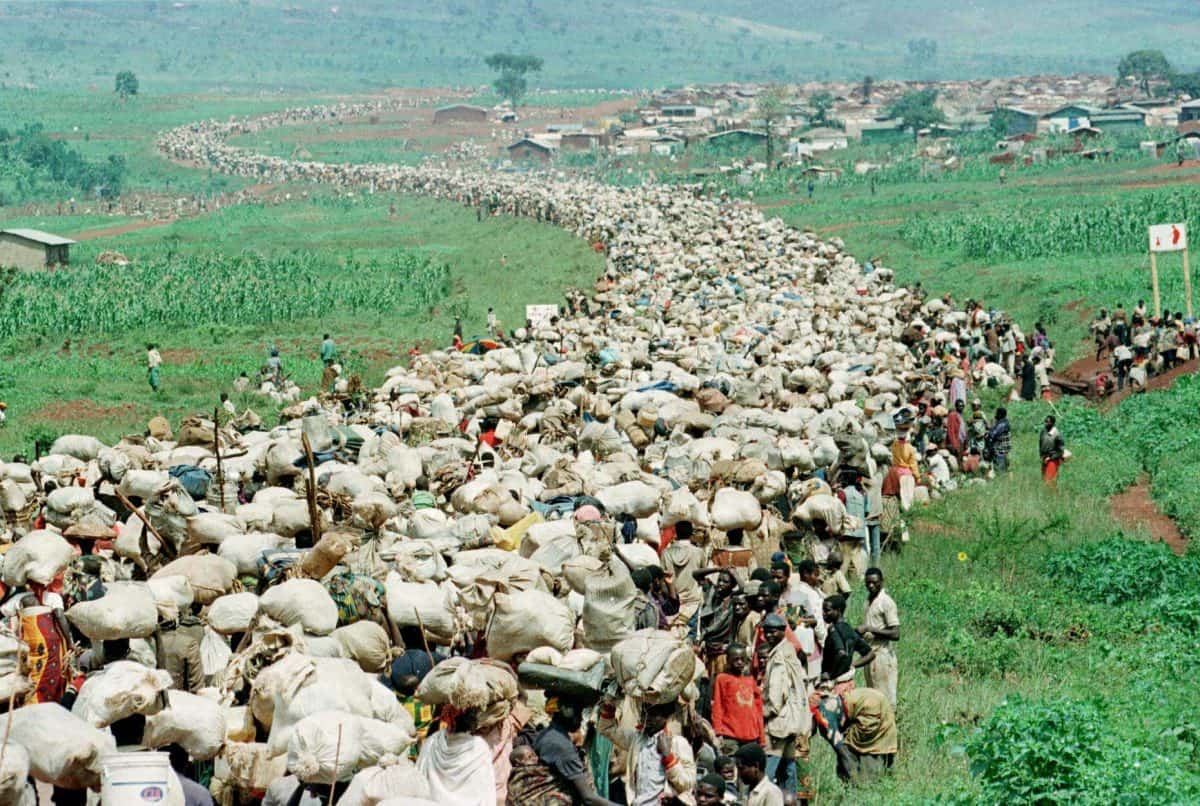 President Paul Kagame of Rwanda praised a new French report documenting France’s role in the 1994 genocide as “a good thing”, welcoming efforts in Paris to “move forward with a good understanding of what happened” 27 years after the massacres that shocked the world.

Mr Kagame spoke before dignitaries and others in an arena in the capital, Kigali, at the start of a week during which the central African country will commemorate the genocide.

“We welcome this (report),” Mr Kagame said, asserting that his government’s interpretation of the commission’s findings is that then-French leader Francois “Mitterrand knew that a genocide against the Tutsis was being planned by their allies in Rwanda” but continued “supporting them because he believed this was necessary for France’s geopolitical position”.

This is the first time Rwanda’s president is commenting on France’s genocide report that was released in March.

The report, commissioned in 2019 by President Emmanuel Macron, concluded that French authorities failed to perceive preparations for the killings as they supported the “violent” government of then-Rwandan leader Juvenal Habyarimana and then were too slow to acknowledge the extent of the killings.

But it clears the French of complicity in the massacres.

The report includes a frank acknowledgement of France’s apparent “blindness” to the drift that led to the genocide.

Mr Kagame said his government is also producing a report with findings “that go in the same direction”.

It is not clear when Rwanda’s report will be published.

“The important thing is to continue working together to document the truth,” Mr Kagame said in a speech followed on television by Rwandans unable to gather in large numbers because of Covid-19 restrictions.

For the second year running, genocide commemoration events have been curtailed to combat the spread of Covid-19.

Annual events such as the Walk To Remember will not take place.

Mr Kagame’s comments are significant because they suggest an apparent detente between Rwanda and France, which is opening its archives from the genocide period to the public for the first time this week.

Mr Macron’s decisions to commission the report on France’s role and open the archives to the public are part of his efforts to more fully confront France’s role in the genocide and to improve relations with Rwanda, including making April 7, the day the killings began, a day of commemoration.

About 8,000 documents that the commission examined for two years, including some that were previously classified, will be made accessible to the general public starting Wednesday.

An estimated 800,000 ethnic Tutsis, and Hutus who tried to protect them, were killed by Hutu perpetrators during 100 days in 1994.

The spark for the killings came on April 6, when a plane carrying Mr Habyarimana was shot down and crashed in Kigali, killing the leader who, like most Rwandans, was an ethnic Hutu.

Tutsis were blamed for downing the plane, which they denied, and bands of Hutu extremists began killing them, including children, with support from the army, police, and militias.

For years under the leadership of Mr Kagame, whose rebel forces stopped the genocide, relations between Rwanda and France have been strained — aggravated by accusations and counter-accusations relating to their alleged roles before, during, and after the genocide.

As recently as 2017, Rwandan authorities were alleging French complicity in the genocide.

But Mr Macron’s initiatives and other French government actions appear to have contributed to the easing of tensions.

Felicien Kabuga, a Rwandan long wanted for his alleged role in supplying machetes to the killers, was arrested outside Paris last May.

And in July an appeals court in Paris upheld a decision to end a years-long investigation into the plane crash that killed Mr Habyarimana and set off the genocide.

That probe angered Rwanda’s government because it targeted several people close to Mr Kagame for their alleged role, drawing strong denials and counter-accusations that France had covered up its own role in the genocide.

Mr Kagame, who has been Rwanda’s de facto leader since 1994 and its president since 2000, has won praise abroad for restoring order and making advances in economic development and health care.

But rights watchdogs, dissidents, and others accuse Mr Kagame of harsh rule and charge that his authoritarian style is unsustainable.