"We said Brexit was incompatible with the Good Friday Agreement. They called it Project Fear." 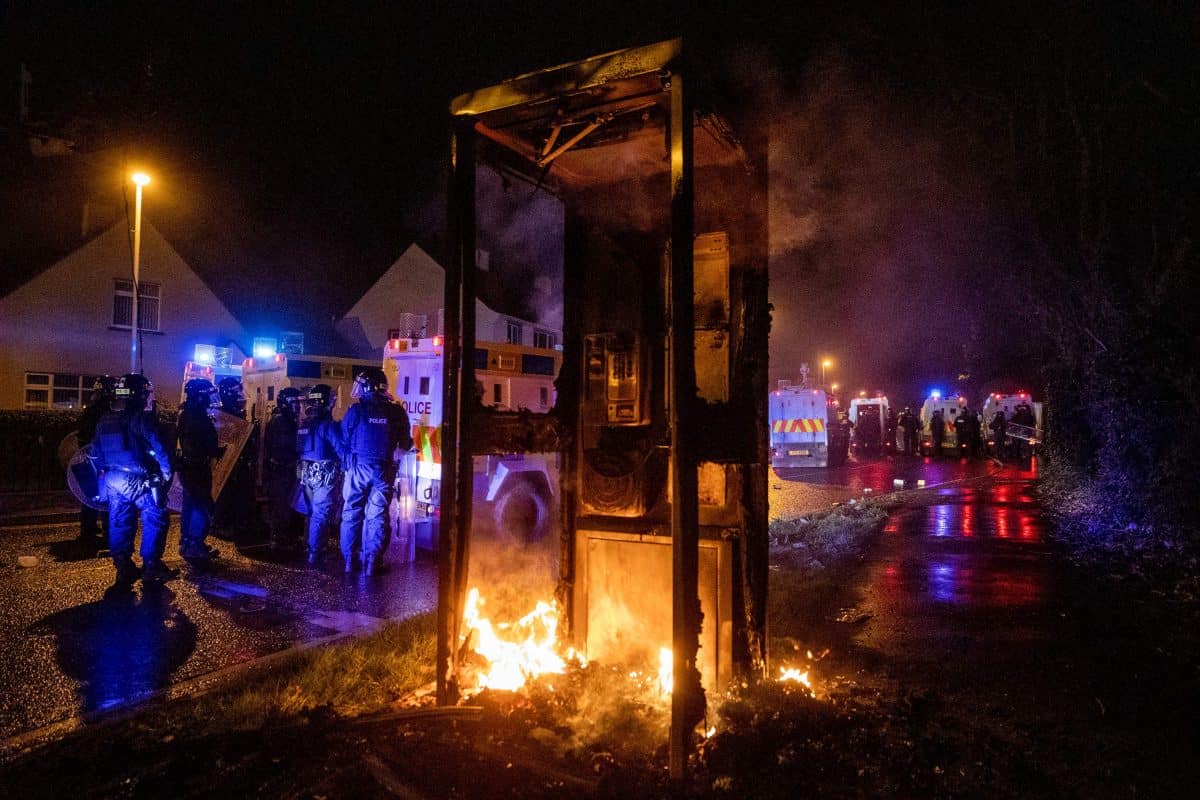 The Stormont Assembly is set to be recalled for an emergency debate following days of violence and disorder in parts of Northern Ireland.

Alliance Party leader Naomi Long had called for MLAs to debate a motion condemning the recent attacks on police in loyalist areas.

The party secured the required support of 30 Assembly members for the Assembly to be recalled from Easter recess, with a sitting likely to take place on Thursday.

The move comes after police were attacked during another night of violence in a number of loyalist areas on Monday.

Nine officers were injured in Ballymena, taking to 41 the number injured in disorder across Northern Ireland since Friday night.

The most intense clashes on Monday were witnessed in Ballymena, when nine riot police officers were injured after they intervened in unlawful march of loyalists through the town.

During the unrest, debris, including a wheelie bin, was thrown onto the M2 motorway, forcing its closure.

Disorder also flared in parts of Carrickfergus, Newtownabbey and Londonderry on Monday, with petrol bombs and other missiles thrown at officers.

The violence comes amid soaring tensions within the loyalist community over post-Brexit trading arrangements, which have created new regulatory and customs barriers between Northern Ireland and the rest of the UK.

Warnings of such uprisings were dismissed as ‘Project Fear’ before the Brexit deal was done but they have quickly turned out to be ‘Project Fact’, as many people on Twitter have been at pains to point out:

For 5 years we’ve been saying Brexit is a threat to peace in Northern Ireland.

For 5 years that’s been dismissed as crazy remoaning and Project Fear.

And yet, grimly, inevitably, here we are. https://t.co/9Z9gWEjUWn

Potentially the most powerful reason why there is no pleasure in being proved right about Brexit.
‘Project Fear’, my arse. https://t.co/f4hEQU0L6P

We said Tory Brexit was incompatible with the Good Friday Agreement.

They called this Project Fear.

We could have had Corbyn's customs union and avoided these Brexit riots.pic.twitter.com/81Nk67eb86