‘Tell us where our beloved Susan is’: Family’s plea to murderer of Susan Waring. 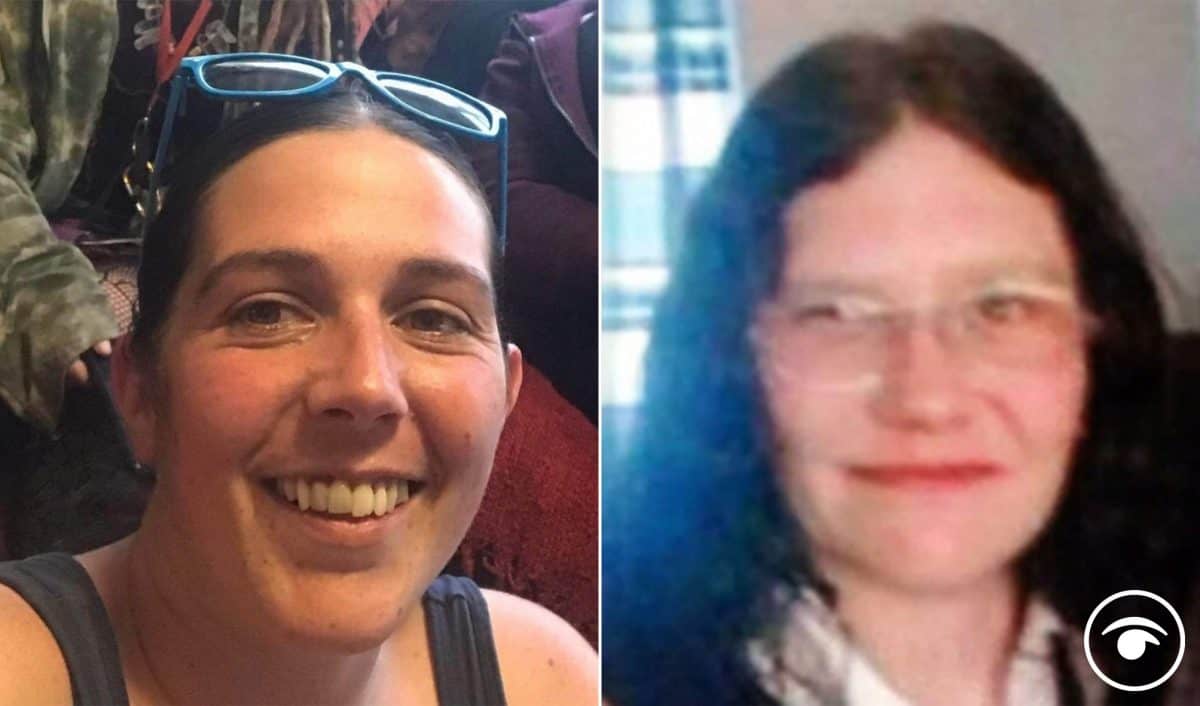 Passing sentence at Exeter Crown Court, Mr Justice Garnham said Mangori had suffocated Miss Cox with a T-shirt she had been wearing, which was later found in her mouth.

The Iraqi national cut her body into seven pieces over the course of a week and disposed of her clothing and possessions in bins and woodland.

The judge told him: “Rather than reporting her death to anyone, you kept her decomposing body in your bedroom for the next eight days.

“You purchased the necessary equipment from nearby shops and then set about cutting up her body with a view to disposing of it.

“You disarticulated her arms at the shoulder, her upper legs from her pelvis, and her lower legs from the knees.

“With the exception of her left lower leg and her kneecaps, you wrapped all her limbs in black plastic bin liners and dumped them unceremoniously in the waste bins behind the restaurant in anticipation of them being removed by council refuse collectors.

“Her lower left leg and kneecaps have never been recovered.

“Then on September 8, you placed her torso and head in a large plastic holdall and took it by taxi to Tinpit Hill on the outskirts of the city where you buried it beneath bracken and branches.”

The judge said Mangori’s intention at the time of spotting a drunken Miss Cox walking home in the early hours of September 1 was to “pick her up” for a sexual encounter.

They went back to his room above the Bodrum Kebab House where they had sex at least once.

“Exactly what happened next will not be known unless you choose to tell it,” the judge said.

“It is clear that something happened in your bedroom that caused you to decide to kill Lorraine Cox by suffocating her.

“By the time you attacked Miss Cox she was hugely incapacitated by drink and as a result you were able to push that vest into her mouth and suffocate her without significant opposition.

“With Miss Cox dead on your bed, you then set out to deceive her friends and family as to her whereabouts and her fate. You impersonated her on a number of social media platforms.”

After the murder, Mangori, a failed asylum seeker from Iraq liable to deportation, used her SIM card in his mobile phone to pretend that she was alive and well to family and friends. But they reported her missing to police.

“I find it as a fact you had not planned this killing in advance, and I reject the prosecution’s earlier suggestion that you had gone out that night looking for a victim to kill and whose limbs you could later amputate,” the judge said.

“I find as a fact that you killed Miss Cox as a result of events in your room that night and your reason for this gruesome means of disposing of Miss Cox’s body was simply to avoid the detection of what you had done.

“You also mutilated Miss Cox’s body, cutting her forehead, tearing off large parts of the flesh from her back and stripping off the skin of her lower arm.

The judge added: “By your actions, Mr Mangori, you ended the life of a bright, vivacious, intelligent young woman with her whole life ahead of her.

“Your cowardice in failing to report her death and attempting to hide the evidence of your crimes served to compound the loss and hurt suffered by her partner, her father, her other family and her friends.

“They suffered eight days of desperate hope and fruitless searching while you sat on your bed deciding how best to escape being held responsible for Miss Cox’s murder by amputating and mutilating Miss Cox’s body.”

Mangori, of no fixed abode, was found guilty by a jury of murder following a four-week trial.

He had previously admitted a separate charge of preventing Miss Cox’s lawful burial.

A “violent and controlling” bully who murdered a missing mother-of-five has been jailed for a minimum of 27 years.

Alan Edwards, 48, pretended he last saw Susan Waring when he claimed she kissed him goodbye and walked out of his flat in Darwen, Lancashire, on January 30 2019.

But the prosecution said he was a “bully” who killed the 45-year-old, disposed of her body and then attempted to cover his tracks.

After Edwards was arrested in March 2019, a forensic examination of his flat in Blackburn Road, Darwen, found blood in various locations and on items throughout the premises.

More than 100 blood spots and traces of Miss Waring’s DNA were discovered on a rubber Halloween skull mask worn by the defendant, who struck her at close proximity.

Miss Waring’s mother reported her missing but, despite extensive police inquiries, her whereabouts are unknown and there is no evidence to say she is alive, Preston Crown Court was told.

As Edwards looked on emotionless from the dock, The victim’s brother, Peter Waring said: “One final request and that is for Alan Edwards to tell us where our beloved Susan is so we can lay her to rest and finally have some closure.”

Those women entered the witness box and said they too were subjected to violent and controlling behaviour from Edwards at various times dating back to the 1990s.

Sentencing Edwards to life imprisonment after he was convicted by a jury last week, Mr Justice Goss told him: “At the end of January 2019 after a brief relationship of two months, during the course of which you were controlling and violent, you murdered Susan Waring.

“Precisely what you did and how is known only to you.

“Susan Waring was a small, underweight, vulnerable 45-year-old woman. She was blind in one eye, suffered from poor health and had learning difficulties.

“Her use of Facebook was her primary source of communications with her family which diminished during your relationship.

“There is no doubt she was frightened of and dominated by you. Your possessive and controlling behaviour ended with you taking Susan Waring’s life.”

He said his offending against Miss Waring and the four other complainants formed a “pattern of persistent abusive and violent behaviour towards women”.

Miss Waring’s brother, Peter Waring, read out in court a victim personal statement from the family and directly pleaded to Edwards in the dock to reveal her whereabouts so they could “lay her to rest and have some closure”.

Describing his sister as “gentle” and a person “who would never hurt a fly”, he said: “The last two years have simply been hell for us. A nightmare that has continued to cause us turmoil every day.

“Alan Edwards clearly manipulated Susan, preyed on her vulnerability and used her as a punchbag. This evil man has denied any wrongdoing and has told constant lies about his offending.”

The last confirmed public sighting of Miss Waring was when she was shopping with Edwards in Darwen on January 29 where her bank card was used to buy a stuffed meerkat toy.

In the days that followed, the defendant appealed via Facebook for Miss Waring to return or make contact but an examination of his mobile phone showed he was also visiting the hook-up website flirtymoms.com with “increasing regularity”.

Giving evidence, Edwards said he was “just browsing” and it was “something to pass the time, waiting for Susan”.

He said he did not know why she had disappeared and said he was still waiting for her to come back.

Detective Chief Inspector Pauline Stables, of Lancashire Police, said: “My heart goes out to each and every one of Edwards’ victims. I can only imagine the horrors they have been subjected to at the hands of such a cruel and violent man.

“I am glad we have been able to get justice for Susan’s family in terms of putting her killer behind bars but their suffering continues whilst her body remains missing and they cannot lay her to rest. Edwards continues to deny Susan’s murder and as such, is not revealing where he disposed of her body.

“If anyone thinks they know anything about where Susan may be, please contact us with any information, no matter how insignificant you think it may be.”

Related: My daughters’ deaths weren’t taken seriously because of their race, mother says