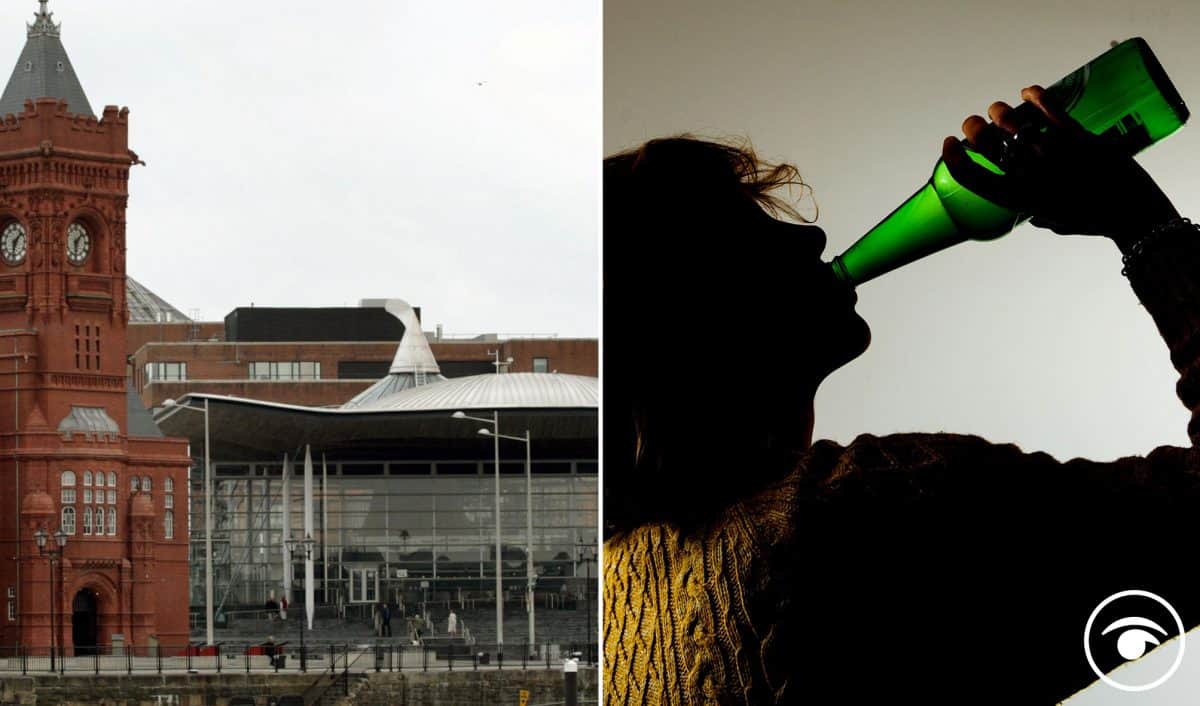 A group of Senedd politicians who drank wine at the Welsh Parliament days after a pub alcohol ban had come into force displayed “very serious, poor behaviour”, according to a former standards official.

The incident happened on December 8, four days after a ban on the sale, supply and consumption of alcohol on licensed premises came into force, although off-licences were allowed to sell alcohol until 10pm.

All four men deny breaking Covid-19 rules and say they observed social distancing while meeting to discuss working together on a proposed bill, and consumed alcohol not bought from parliament premises.

On Tuesday, Welsh Labour said Alun Davies had been suspended from its group in the Senedd pending an investigation.

“I think it’s a serious matter which requires speedy investigation and action if necessary.

“I think the public hate hypocrisy, they hate being told to abide by the rules by all of the politicians and then suddenly they find examples of where it looks like the rules may have been broken, or the behaviour has been inappropriate given the the decision being taken to ban the sale of alcohol.

“I think it is very unfortunate indeed and I would have thought it was probably a breach of the code for members of the assembly by bringing the Senedd into disrepute.”

Sir Alistair said a period of suspension from the Senedd could be required “to show how strongly everybody feels about their behaviour”.

The next Senedd election is due on May 6.

Sir Alistair told BBC Radio Wales: “With elections coming up, the question must arise about are these suitable people to represent the two parties concerned.”

He said it was “appropriate” for Alun Davies to be suspended from the Welsh Labour group in the Senedd pending an investigation, adding: “The Conservatives should have done the same.

“Everybody sticking to the rules saves lives. Being seen to be casual about the rules puts lives at risk. This is a very serious matter which should be resolved very quickly.”

On Tuesday, a spokesman for Welsh Labour confirmed a member had been “suspended from the privileges of the Senedd Labour group” while an investigation took place.

Alun Davies said the aim of the meeting was to persuade the Welsh Conservatives to support his proposal for a Welsh Hearts Bill.

“I am very sorry if my actions have given the impression that I am in any way not committed to upholding the regulations which I have consistently supported throughout the last year,” he said.

“The Senedd Commission has already confirmed to me that I did not breach the coronavirus regulations on the consumption of either food or alcohol that were in force at that time.”

Mr Davies said regulations on the number of people present, along with social distancing rules, were not breached.

A Welsh Conservatives source told the PA news agency that the group believed they had not broken Covid-19 rules as the alcohol was not bought from the Senedd site, or served by catering staff.

In a statement, Paul Davies, Mr Millar and Mr Smith said they were “profoundly sorry” for their actions.

“While we did not break the rules, we recognise that what was part of a day’s work would not be seen to be following the spirit of them, especially given the tough time the country has been going through,” they said.

A spokesman for the Senedd Commission, the corporate body for the Senedd, said it was aware of an incident on the Senedd estate which “may have been contrary to public health regulations in force at the time”.

“The Senedd Commission takes the public health regulations in Wales very seriously and is currently investigating the matter in order to establish an accurate account of what took place and to determine whether action may be required,” he said.

Catering company CH&CO Group, which offers catering services at the Senedd estate, said it was aware of “an alleged breach of public health regulations” and was investigating.

A spokeswoman for South Wales Police said the force was aware of an internal investigation by the Senedd Commission.

“If the matter is referred to police, an investigation will be undertaken if suspected breaches of the public health regulations are identified,” she said.