Julian Assange was also not among the round of pardons issued by the president in his final hours in office. 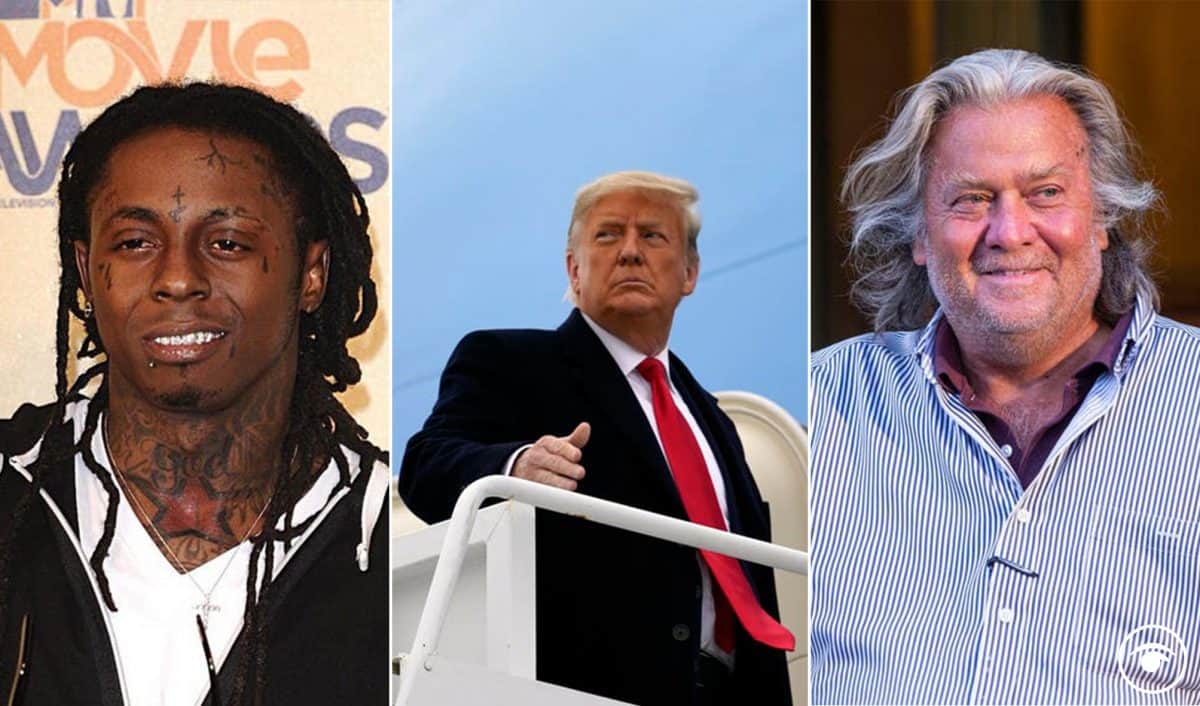 Former strategist Steve Bannon, rapper Lil Wayne and Republican fundraiser Elliott Broidy were among 143 people who were pardoned or had their sentences commuted by outgoing president Donald Trump this morning.

The full list of pardons was released just hours before the inauguration of President-elect Joe Biden, who will swear the oath of office at noon local time to become the 46th president of the United States.

Former Detroit mayor Kwame Kilpatrick, who is currently serving 28 years in prison following his conviction on two dozen charges, has also seen his sentence commuted, while Rapper Kodak Black, who promised to spend $1 million on charity if the president released him, will be set free early.

Several big names were left off the list of pardons, including Tiger King star Joe Exotic, who had a limousine lined up in anticipation of a presidential pardon.

Ahead of the decision private investigator Eric Love, who is leading Exotic’s case, told Metro that he was sure his client would be included, saying:

“We have good reason to believe it will come through. We’re confident enough we already have a limousine parked about half a mile from the prison. We are really in action mode right now.

“I’ve got make-up, wardrobe, the whole unit that will come up. The first thing Joe wants to do, he wants his hair done. He hasn’t had his hair done in two-and-a-half years. That’s the first order of business. Then we’ll probably go and get some pizzas, steak, maybe a McRib.”

Julian Assange was also not among the round of pardons issued by Trump in his final hours in office.

Earlier this month, Mr Assange won his fight to avoid extradition to the United States but was denied bail under strict conditions for fear he could abscond and deny prosecutors the chance to appeal.

The 49-year-old is wanted to face an 18-count indictment, alleging a plot to hack computers and a conspiracy to obtain and disclose national defence information.

The US Government has formally lodged an appeal against the decision to block Mr Assange’s extradition.

Related: From insurrection to impeachment: The ignominious final days of Trump