He wants to set us free, and it is now up to us to figure out how to live in the wild. I’ve seen Jurassic Park and it doesn’t end well. 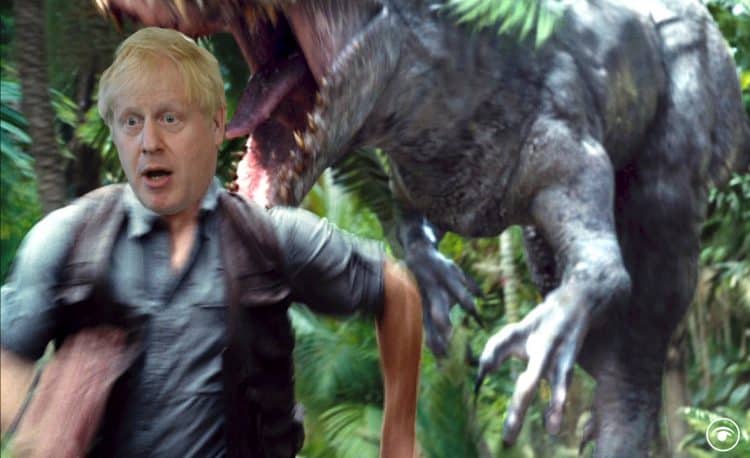 Rules are there to be broken is a phrase you fear the prime minister readily agrees with.

At one point today Ian Blackford hit out at the Government’s “Trumpian” voter ID laws, branding Boris Johnson a “tinpot dictator,” and you got the feeling he took that comment as a compliment.

However, the main focus during PMQs was how Covid-19 will be managed post ‘Freedom Day.’

Sir Keir Starmer labelled the Delta Variant the ‘Johnson Variant’ as he repeatedly asked how many people will likely be told to isolate once restrictions are lifted.

He quoted the Financial Times and the Daily Mail which both report it could run into the millions.

The PM time and time again refused to share the government data on the potential fallout from relaxing the rules.

Johnson was pulled up by the speaker, twice, and told it was not opposition questions.

Starmer said we were heading into a summer of ‘chaos and confusion.’

But we know that and the PM knows that.

He reinforced this message when he ended his set of questions, with the Labour leader, saying: “We inoculate, while they’re invertebrate.”

Johnson is hoping enough humans, blessed with a patriotic spinal column, are ready to take the risk.

We all know it’s going to be a deadly farce, but there are enough people willing to just take a punt and see what happens the PM has clearly calculated.

If the PM is right then this not-so-silent majority will soon be unmasked and ready to cough all over you on public transport in a week or so, and legal diktat (his words) will not allow people to take personal responsibility.  Basically, you’re on your own.

“It won’t feel like freedom day for those having to isolate when they have to cancel their holidays”, said Starmer and he asked the PM how he is planning stop people deleting the NHS tracing app as “Millions of [people] are going to be pinged this summer.”

But the PM has absolved himself of responsibility on this one, it is a free for all, there was is almost a frisson of excitement, from Johnson, about how the next wave will spread at our expense.

Live in the wild

Once again the PM was chasing headlines in the hope of appeasing his MPs instead of listening to the science.

He wants to set us free, and it is now up to us to figure out how to live in the wild. I’ve seen Jurassic Park and it doesn’t end well.

But this wasn’t didn’t even annoy me, it’s a grim acceptance of what is to come. What actually rankled most was that the PM turned down two opportunities to thank Kim Leadbetter, sitting beneath a plaque to her murdered sister in the Commons, while he wore a St George’s Cross.

Displaying a badge of honour but failing to praise someone’s heroic achievements truly is spineless.

Related: PMQs 30th June – Did the PM back, sack or crack over the Hancock affair?