Many social media users have reported deleting the app to avoid notifications, but experts say it's not that simple. 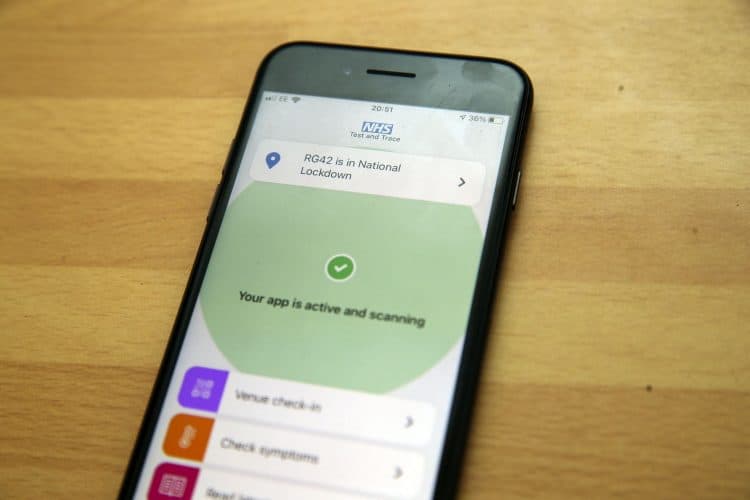 Boris Johnson has been warned that it is “entirely predictable” that people will delete the NHS Covid-19 app to avoid being told to self-isolate as cases rise.

At Prime Minister’s Questions, Johnson was repeatedly challenged about the expected rise in cases that will occur as restrictions are eased.

Most of England’s remaining lockdown measures will be lifted if the government proceeds with Step 4 of the road map on 19 July, but changes to self-isolation rules will not come in until four weeks later.

With around 100,000 cases a day expected in the summer, that has led to warnings that millions of people will be “pinged” by the app or ordered to self-isolate by NHS Test and Trace if they have been in contact with someone who has Covid-19.

Labour leader Sir Keir Starmer said: “It won’t feel like freedom day to those who have to isolate.

“When they are having to cancel their holidays, when they can’t go to the pub or even to their kid’s sports day and it won’t feel like freedom day… to the businesses who are already warning of carnage because of the loss of staff and customers.”

He told the prime minister: “There are already too many stories of people deleting the NHS app – he must have seen those stories – and they are doing it because they can see what’s coming down the track.

“Of course we don’t support that, but under his plan it is entirely predictable.”

He suggested that lifting the restrictions while maintaining self-isolation rules risked undermining the £37 billion NHS Test and Trace programme.

Changes to self-isolation rules in England will not come in until 16 August, when the fully vaccinated and under-18s will no longer be told to stay at home if they have come into contact with a coronavirus case but will instead be advised to take a test.

People with confirmed cases of coronavirus will still be told to self-isolate.

Johnson said: “Of course we are going to continue with the programme of self-isolation for as long as that is necessary. I thank all those who are doing it.

“But of course what we are also doing is moving to a system of testing rather than self-isolation and we can do that because of the massive rollout of the vaccine programme.”

Many social media users have reported deleting the app to avoid notifications.

But professor Christophe Fraser from Oxford University’s Nuffield Department of Medicine, who advises Test and Trace, told Times Radio that usage of the app was at an “all-time high”.

“About 50 per cent of all, overall test results, nationally go through the app,” he said.

Asked about the suggestion that 100,000 people could become infected each day over the summer, he said: “It would result in a large amount of people being traced, which of course slows down the rate of infection and limits the stress on the NHS in terms of hospital admissions.”