Three landmark pieces of legislation are progressing this week as the nation's eyes are elsewhere. 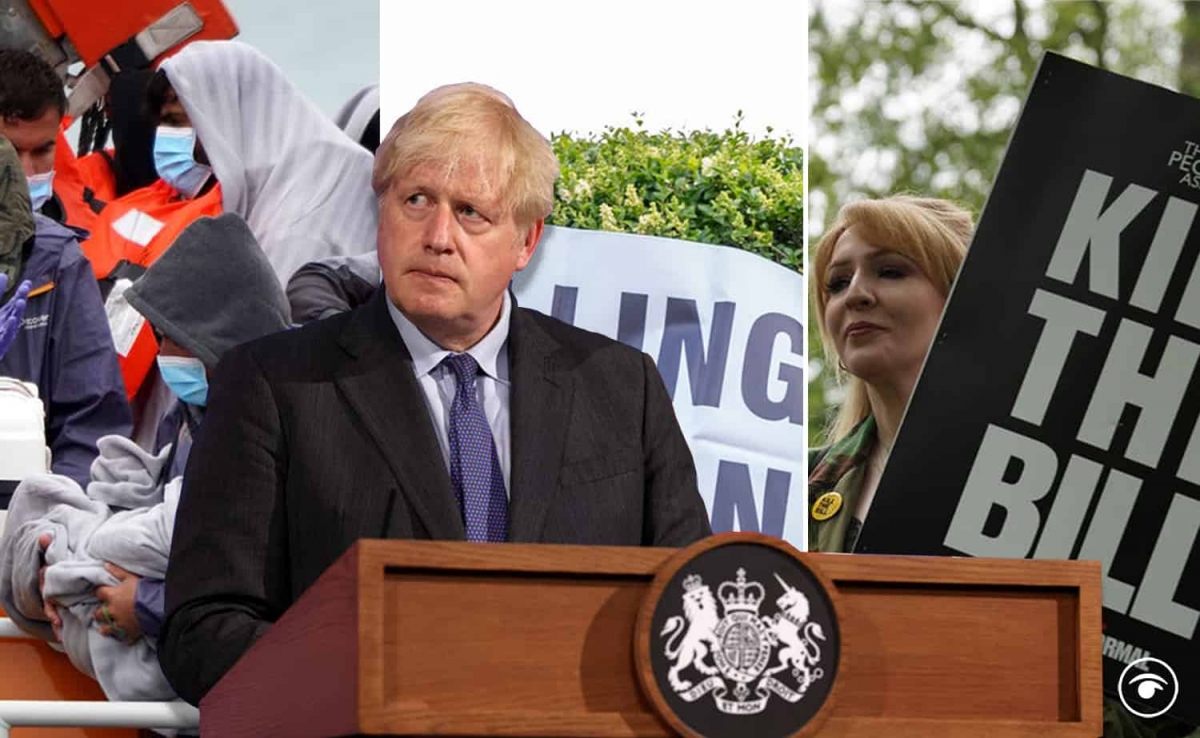 There’s a lot going on this week. Beyond the small matter of a rather important football match this evening, we have already learned this week that Boris Johnson plans to cry havoc and let slip all remaining coronavirus restrictions in England. Those two big bits of news are, understandably, occupying the bulk of the public’s attention. As far as headline-grabbers go, Gareth Southgate and his boys are perhaps the only thing which can steal the limelight from Covid-19. That being said, there’s plenty going on this week besides the Euros and anxious interventions by Independent SAGE, much of which has the potential to fundamentally reshape Britain. Whether for the better or worse we’ll leave up to you – but most of it involves Priti Patel, so you can probably guess where we stand.

Formerly known as the Sovereign Borders Bill, the Nationality and Borders Bill represents, in the words of the Home Office, “the most radical changes to the broken asylum system in decades”. In the simplest possible terms, the new legislation will make it harder for people to enter the UK illegally to stay here.

Priti Patel, the home secretary, has said the bill – introduced this week – is part of her mission to crack down on “vile criminals” who run people-smuggling operations across the Channel. She also plans to make it easier to remove migrants who arrived in the country unlawfully, and punish countries that refuse to take back their own citizens with a new “power to control visa availability” for those who enter the UK legally.

The legislation also paves the way for the removal of asylum seekers to offshore centres, where they will remain while their claims or appeals are being processed. Among the destinations discussed are disused ferries, abandoned oil rings and Ascension Island – a volcanic outcrop in the middle of the Atlantic Ocean, about 1,400 miles off the coast of Brazil.

“This legislation delivers on what the British people have voted for time and time again – for the UK to take full control of its borders,” Patel said. “It paves the way for a fair but firm system that will break the business model of the gangs that facilitate dangerous and illegal journeys to the UK while speeding up the removal of those with no right to be here.”

MPs this week voted through the Policing Bill, a piece of legislation which has already sparked a huge outpouring of outrage and protest. Among the most controversial elements of the new law – labelled “draconian” by some – is the power it will give police chiefs to put more conditions on static protests. They will be able to impose start and finish times on demonstrations, set noise limits, and apply these rules to protests of just one person.

Despite mass mobilisation in cities like Bristol and London to “Kill the Bill”, MPs shepherded it through the House of Commons earlier this week, despite the best efforts of the Liberal Democrats to cut out controversial clauses. It’s not just the Lib Dems who are unhappy about it. Labour said the legislation threatens “the fundamental balance between the police and the people”, whereas parliament’s Joint Committee on Human Rights questioned its necessity, suggesting there were already a “range of powers to deal with noise that impacts on the rights and freedoms of others”.

The bill would also introduce longer prison sentences for burglars, knife carriers, killer drivers and children who commit murder – as well as changing rules to keep some prisoners inside for longer.

Johnson has his eyes set on electoral reform, too. The government is trying to push through changes which, Labour claim, would give wealthy Tory donors domiciled overseas a “free ticket” to bankroll the Conservative party. The Elections Bill could scrap safeguards on overseas donations and allow rich British expats – even those living in tax havens – to donate large sums of money. No wonder Sir Keir Starmer’s party is sounding the alarm.

The plans threaten the integrity of UK elections by opening the doors to “foreign political donations to flood our system”, Cat Smith – the shadow minister for democracy – told The Independent. “This is all about changing the rules to benefit the Conservative Party with overseas donors able to legally donate to bankroll their campaigns from their offshore tax havens or luxury second homes.”

Current rules dictate that political parties can’t accept donations from Brits who have been living overseas for more than 15 years, as they are not allowed on the electoral roll. But the Elections Bill – which was introduced to parliament on Monday – will scrap the 15-year rule, and allow any expat to join the roll and become a donor.