Boris Johnson's cunning plan is to run away to India. The jewel in the crown of cowardice. 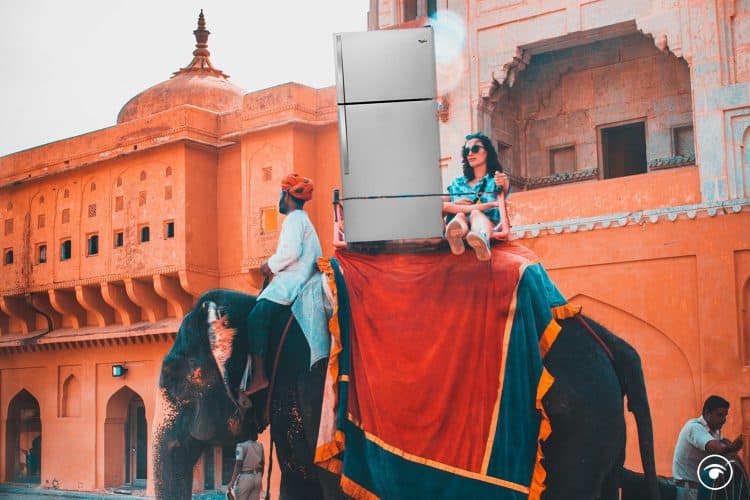 Today’s PMQs began with the prime minister wishing the Queen a happy birthday for tomorrow. You felt that this was going to be wielded as another reason why he can’t be sacked. “You can’t fire me on Liz’s special day it wouldn’t be fair on her”.

The PM had done humble yesterday while refusing to resign about 80 times as his MP’s quickly vanished after showing initial support.

He wants to move on but the Partygate scandal isn’t going to go away as quickly as he allegedly spent at his ambushed-by-a-cake party.

Johnson has a cunning plan though; run away. He is jumping on a plane and heading to India for a few days. The jewel in the crown of cowardice.

Much to the PM’s dismay, the trip clashes with a Commons vote on whether to investigate him for misleading Parliament over breaches of coronavirus laws.

You have to ponder over what President Zelensky thinks of the PM opportunistically fleeing to India to discuss defence with a country that is friendly to Russia and neutral in the war.

Sunak’s wife’s Indian IT company would still be doing business in Moscow if the golden (in their own minds) couple hadn’t been rumbled for dodgy tax manoeuvres.

On the subject of paying taxes, the PM avoided questions about how many of his own Cabinet use tax avoidance.

He dodged these questions and said he was cutting taxes for everyone, which is simply not true – we have the highest tax burden for 70 years.

One soundbite he didn’t mention that he usually drops in was that the UK is the fastest-growing G7 country as it was reported this morning that it is actually the slowest.

It left the PM with nothing left but to call Starmer a “Corbynista in an Islington suit”. What does that even mean? It has been abundantly clear the Labour leader wants nothing to do with Jezza.

It is also worth remembering that Johnson used to live in a £3.75 million Islington townhouse with his former wife, who is a lawyer. To be fair the PM and Corbyn have one thing in common is they don’t suit suits.

In the archaic world of allowed parliamentary language calling the PM “Pinnocchio” was not allowed and the SNP MP withdrew the word, but the Corbyn comment was allowed to pass without comment.

It’s like objecting to Fred West being referred to as ‘a rogue builder’.

So many people have resigned over breaking the rules and they didn’t get slapped with fixed penalty notice (he used the initials FPN to make it sound better).

He broke the law but he is still standing when the others threw in the towel, a punch drunk PM who has just enough time to cling onto the bell and head to his corner where he is patched up by his party and sent out again.

Tory MPs must be weighing up how many more fines, lies, and direct blows it will take for them to grow a spine and kick him out of power.

It appears that he will go at least one more round.

But it seemed his premiership, and to be fair his life outside of policies, was summed up by Ruth Jones who told the PM he was: ‘not fit to run a bath.’

But he just about has the legs to run into a fridge shaped Indian subcontinent.