Boris Johnson is "Britain's Trump" - His moral and political cowardice knows no bounds. 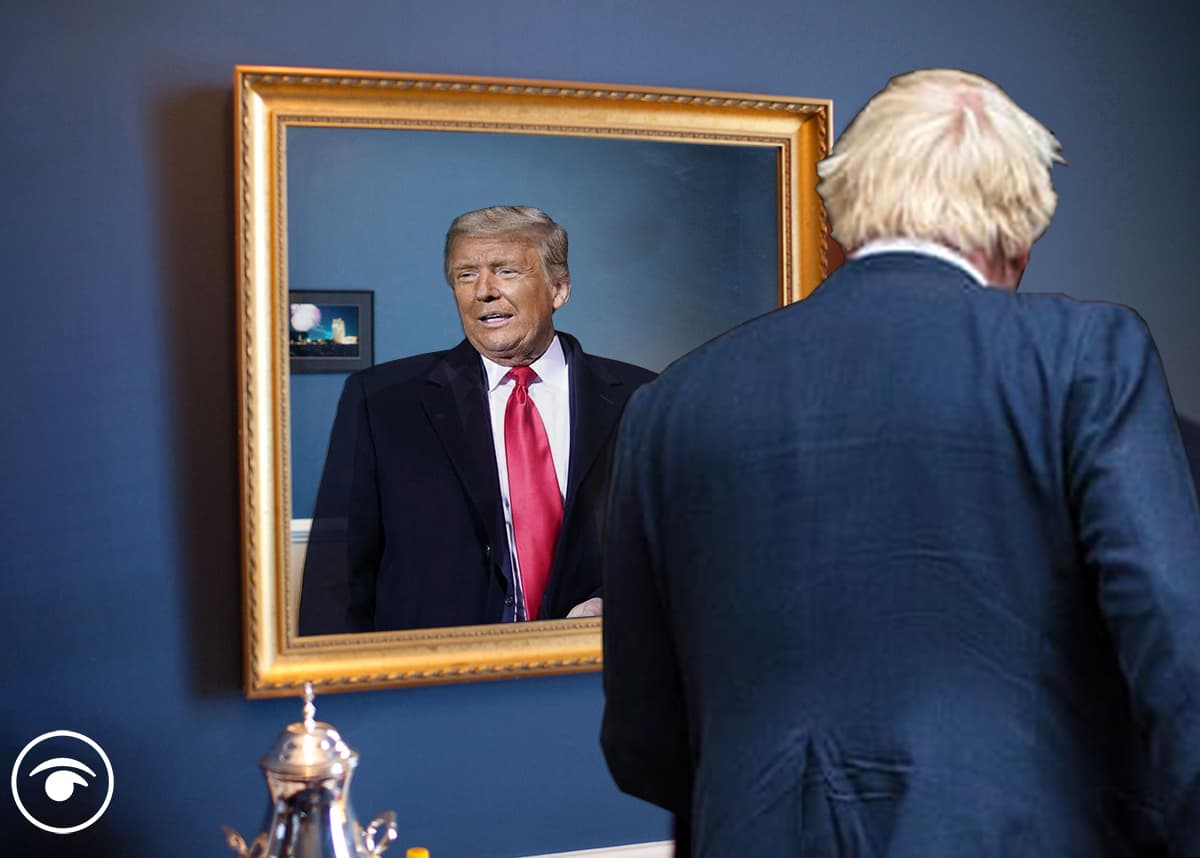 The eyes of the world are, understandably, not on the House of Commons today. Instead all focus is trained on America, to such an extent that the BBC and Sky News did not bother much with Prime Minister’s Questions this afternoon.

As he has done for much of the past four years, Donald Trump dominated proceedings, with the gravity of the pending result not lost on Sir Keir Starmer. “Will the prime minister join me in saying it’s not for a candidate to decide which votes do and don’t get counted and when to stop counting,” the Labour leader asked.

Boris Johnson demurred. “We don’t comment,” he claimed. His moral and political cowardice knows no bounds.

So much hinges on the result for Boris. If Trump wins again then he can push for a tough Brexit, with Trump’s (and Putin’s) blessing, and he will sell the last bits of the NHS off to some vulture capitalists.

If Brexit-hating Biden wins, how quickly will the PM remove the lawbreaking clauses from the internal market bill? My guess is it won’t take the 42 days it took to bring in the national lockdown. Oh and he will still flog the NHS.

Donald Trump said it himself, Boris Johnson is “Britain’s Trump”. This must literally frustrate the hell out Nigel Farage. He will do anything for a scrap of approval from the President.

He even appeared on TV this morning to say Trump didn’t say ingesting bleach could cure Covid, even when he saw the recording of it.

What more does he have to do? Oh yeah, win a seat. He loathes ‘career politicians’. But as he is one, and isn’t very good at it, he must really despise himself.

“Take a leaf out of Blair’s book”

Johnson said Tony Blair has written a good piece in today’s Daily Mail in which he broadly supports the government’s strategy. He urged Starmer “to take a leaf out of Blair’s book”.

Did he mean suck up to the US President, be happy to battle Muslims and be despised by lefties? Farage has been doing Blair better than Blair – and for longer.

Starmer used his remaining questions to ask the PM about the failing test and trace system and if we will get out of our impending lockdown at the start of December.

The PM accused the Labour leader, again, of making ‘political capital’ out of the crisis. Seemingly forgetting that he made political capital by ferociously attacking Starmer over his science-informed request for a national lockdown, that belatedly Johnson has imposed.

Johnson said he is “perfectly willing to accept the failures of NHS (NB it’s nothing to do with the NHS) Test And Trace, of course I am.” These failures have cost us £12 billion and counting. If it’s on him how is he going to pay that back on his measly PM’s salary?

When Starmer asked for a circuit break, 11 people died of Covid. Now 42 days later it was 397.

Perhaps like bed(anything)fellow Trump he doesn’t count after so long. How many times has Johnson claimed we are world-beating? Maybe he stopped counting after the first Covid death.

So we won on the first day of the pandemic. It’s not our fault the virus had the cheek to be delivered later than we wanted.

This theory was summed up by Gareth Thomas (Lab) who asked about free school meals will be extended for Christmas?

Johnson replied that the “Government will ensure that no child goes hungry this Christmas”.

That’s because if you complain about being hungry after 1st December…it’s too late to register your starvation.