Where is a suitcase full of booze when you need one?! 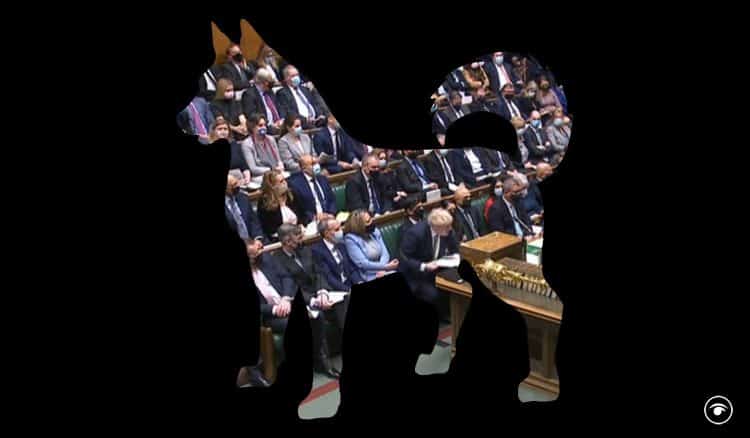 Plans to keep Boris Johnson in the job – labelled ‘Operation save Big Dog‘ by the PM – lay in shatters at a quarter to 12 this morning as he made his way to face questions in the Commons.

The prime minister’s motorcade had barely left the gates of Downing Street when Bury South MP Christian Wakeford sensationally defected to Labour in protest to his handling of the Partygate scandal.

He arrived in the chamber to see his Red Wall colleague cross the floor to the Labour benches, his Union Jack mask a symbol that Sir Keir could soon be the patriotic choice for many in the north.

Changing sides is commendable, but what did they think would happen when they voted Tory and stood as elected representatives in the north? Levelling up is a meaningless phrase from a party that flattened the livelihoods of huge swathes of the region.

Wakeford’s voting record won’t have you singing The Internationale any time soon either.

Bring Your Own Bury MP

Starmer was in his element today. He asked the PM whether the whips had BYOB for today, otherwise known as ‘Bring Your Own Bury MP’.

Some Tory MPs cheered for the PM, it was like they were suffering from mass hysteria that led to hundreds of deaths during the dancing plague of 1518.

And Johnson seemed keen, for now, to battle on, telling the House that history will judge the Tories and he himself for their magnificent work during the pandemic, perhaps like he plans to rewrite history by documenting all his work in the future.

Few people, when they hear the speech on radio or TV documentaries, are aware that they are listening to his hero Churchill speaking not in 1940 but nine years later from his bed.

There was a strange moment where the speaker told Starmer that he could not mention the Royal Family, and the PM had the gall to ask the labour leader to withdraw the question.

Perhaps if they were questioned a bit more often they wouldn’t be in the mess they currently find themselves in!

Take the heat off

It seems lately that the PM and Andrew swap the baton each day to take the heat off each other.

Now they’ve moved past that and decided to just toss themselves into the Olympic flame instead.

So did the PM lie much today? Well, he claims that the vaccination rate in UK is higher than any other country in Europe, when it is actually fourth behind Malta, Denmark and Ireland.

The PM told the House that if Labour were in power we would still be in lockdown. Not that it would matter to him, of course. He’d just have to send some more underlings to fill the suitcase of shame.

It was left to Brexit buffoon David Davis to demand that the PM stand down.

Channelling his inner Chamberlain he said, “in the name of God, go”. Imagine being so awful at your role that David Davis loses his faith in you.

The session ended with the Labour front bench literally waving goodbye to him.

So it’s slimy Sunak, rabib Raab or testy Truss next. Or the nuclear option, the one minister I could see reaching for the red button, platoon Patel.

Where is a suitcase full of booze when you need one?!