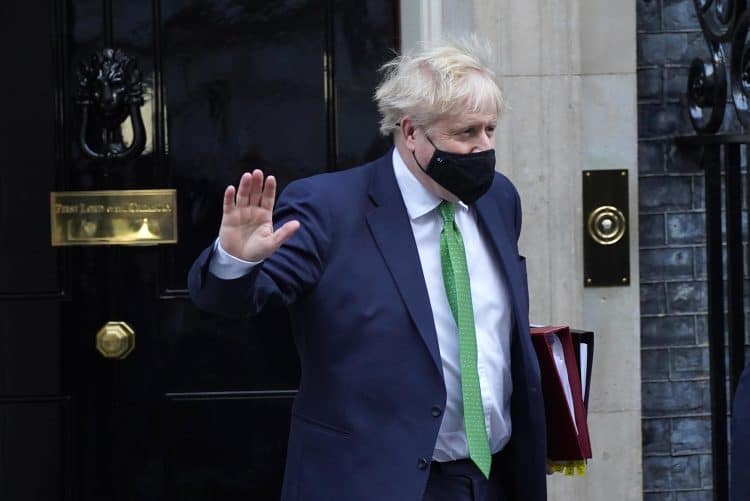 Plan B measures aimed at tackling the spread of Covid-19 are to be dropped across England, the prime minister has announced.

Boris Johnson told MPs in the House of Commons more than 90 per cent of over-60s across the UK have now had booster vaccines to protect them, and scientists believed the Omicron wave has peaked.

People will no longer be told to work from home and, from Thursday next week when Plan B measures lapse, mandatory Covid passes will end, Johnson said.

The legal requirement for people with coronavirus to self-isolate will also be allowed to lapse when the regulations expire on March 24, and that date could be brought forward.

When it comes to face masks, the government will no longer make people wear them anywhere from next Thursday and they will be scrapped in classrooms from this Thursday, with school communal areas to follow.

Johnson signalled his intention to start treating Covid-19 more like flu, saying: “There will soon come a time when we can remove the legal requirement to self-isolate altogether, just as we don’t place legal obligations on people to isolate if they have flu.

“As Covid becomes endemic, we will need to replace legal requirements with advice and guidance, urging people with the virus to be careful and considerate of others.”

The bonfire of Covid regulations could help appease Johnson’s Tory critics at a time when the prime minister has been under pressure over Downing Street parties.

It comes after Covid infection levels fell in most parts of the UK for the first time since early December, according to the Office for National Statistics (ONS).

Johnson said the data showed that while there are some places where cases are likely to continue rising, including in primary schools, “our scientists believe it is likely that the Omicron wave has now peaked nationally”.

He added: “There remain, of course, significant pressures on the NHS across our country, and especially in the North East and North West, but hospital admissions which were doubling every nine days just two weeks ago have now stabilised, with admissions in London even falling.

“The numbers in intensive care not only remain low but are actually also falling.”

On the use of face masks going forward, Johnson said: “In the country at large, we will continue to suggest the use of face coverings in enclosed or crowded spaces, particularly when you come into contact with people you don’t normally meet, but we will trust the judgment of the British people and no longer criminalise anyone who chooses not to wear one.”

‘Light at the end of the tunnel’

Johnson also told MPs the government now intended to set out its “long-term strategy for living with Covid-19”, adding: “Explaining how we hope and intend to protect our liberty and avoid restrictions in future by relying instead on medical advances, especially the vaccines which have already saved so many lives.

“But to make that possible we must all remain cautious during these last weeks of winter. There are still over 16,000 people in hospital in England alone. The pandemic is not over.”

The prime minister pointed to comments made earlier this week by Dr David Nabarro, a special envoy of the World Health Organisation, that the UK can see light at the end of the tunnel.

“Confronted by the nation’s biggest challenge since the Second World War, and the worst pandemic since 1918, any government would get some things wrong – but this government got the big things right,” he said.

The Royal College of Nursing said, however, that dropping Plan B would do “nothing to ease the pressure on the NHS”.