Keir Starmer has taken a convincing lead in the 'Red Wall', a new poll has revealed. 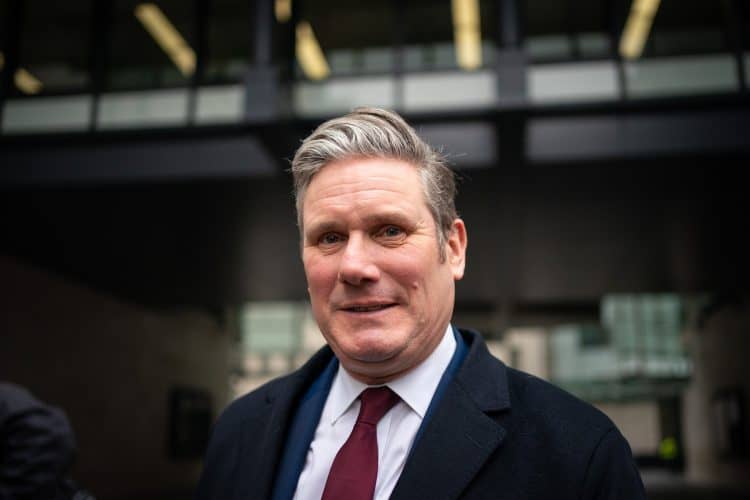 Labour has surged into an 11 point lead in the so-called ‘Red Wall’, a new poll has revealed.

The survey – conducted by J.L. Partners for Channel 4 News – puts Sir Keir Starmer’s Labour at 48 per cent in the must-win stretch of northern seats – and the Tories at 37 per cent.

It suggests that, if an election took place now, the Tories would lose all but three of their Red Wall seats. Just Dudley North, Bassetlaw and Great Grimsby would stay Conservative.

The main reasons for government’s sliding support in the area are Boris Johnson’s leadership and the ongoing scandal around lockdown-busting parties in Downing Street, polling suggests.

However longer-term issues, including immigration and the cost-of-living, are also playing a role in turning voters away from the Tories.

Mind the gap in London

Labour, meanwhile, is now seen as more competent and capable than the Conservatives – as well as less divided, Channel 4 News reported.

Johnson’s personal ratings in the Red Wall have collapsed. They now stand at -35, with more 2019 Tory voters saying he is doing badly as opposed to well.

It comes as the Tories have plummeted to a staggering 32 points behind Labour in London as “Partygate” devastates Johnson’s premiership.

Nearly three-quarters of Londoners think the prime minister’s claim that he believed the 20 May 2020 “bring your own booze” party was a work event is “not an honest account”.

A similar proportion of Londoners say the Metropolitan Police should investigate the parties.

Labour now sits on 55 per cent in the capital, with the Tories on 23 per cent, the Liberal Democrats nine per cent, Greens seven per cent and Reform UK three per cent.

Patrick English, Political Research Manager at YouGov, said: “Clearly, this poll is not good news for the Prime Minister and the Conservatives in London.

“It is the largest Labour lead we have seen in the capital since at least 2010, and if it were replicated at a General Election the Conservatives could lose as many as eight constituencies, leaving them with just 13 London MPs.

“Labour might gain up to six seats, increasing their London total to 55, while the Lib Dems would move up to five.”

Public will use Hancock as a ‘toy’ on I’m A Celebrity, says reigning champion