62 per cent of people feel the Welsh Government is handling the crisis well, compared to only 34 per cent for the UK Government. 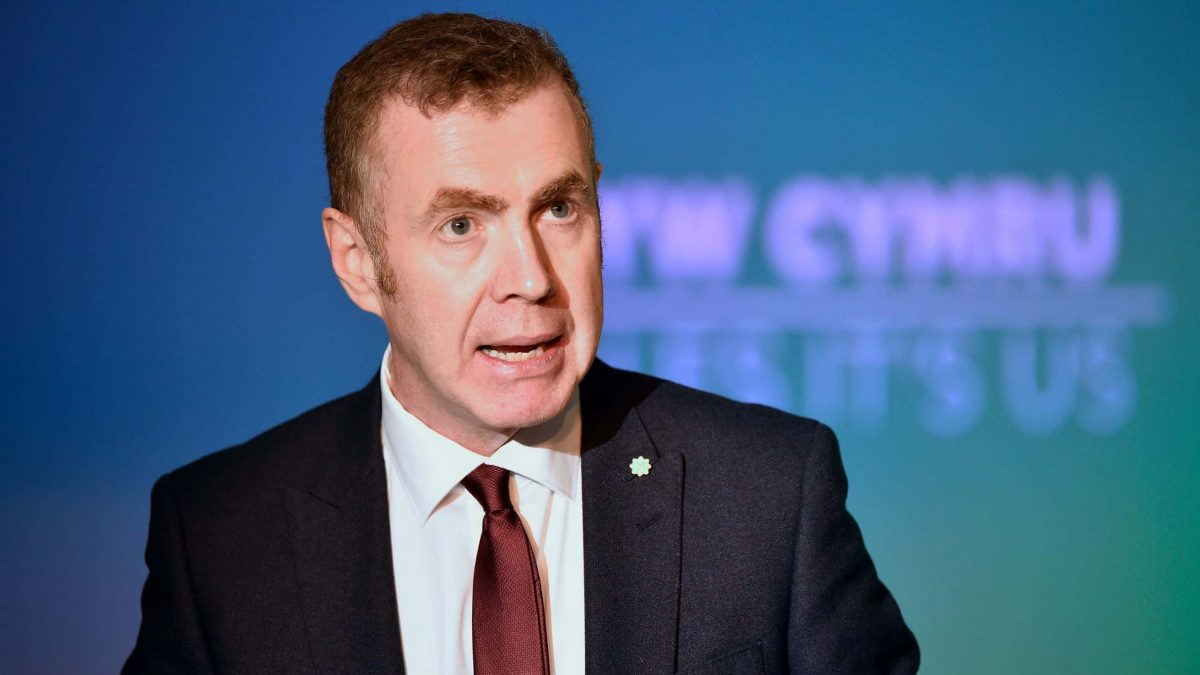 The coronavirus crisis has been a “game changer” in the argument for Welsh independence, Plaid Cymru’s leader has said.

Adam Price said a new “national consciousness” had been boosted by the Welsh Government’s contrasting pandemic response to the UK Government.

A motion has been tabled by Plaid in the Welsh Parliament to debate whether Welsh ministers should be given the right to call a referendum on independence in future, with permission currently needed from Westminster.

Mr Price said the motion, to be heard on Wednesday, was prompted by growing self-confidence in the nation due to its Covid-19 divergence from England.

Better placed to make decisions for ourselves

He told the PA news agency: “I think that it’s caused many more people again to question the future for Wales as a nation, whether we’re actually better placed to make decisions for ourselves.

“Not just in the limited context that we have at the moment, but also across a broad array of powers that would come to us as an independent nation.”

He added: “I think that absolutely has changed the context, entirely. And I think that people are seeing Welsh politics, Welsh Government, the Senedd, the elections next year, the future of Wales as a nation in these constitutional terms, through a very different lens, even compared to a few months ago.

“I think that in the midst of this dark cloud that has been the coronavirus crisis, in terms of Welsh democracy, there is a silver lining there because we are having a national conversation.

“There is a national consciousness about Wales, a Welsh Government, the role of the First Minister, and Welsh health minister, the Welsh education minister.

“And I think that is a bit of a game changer in the way that we not just regard Welsh politics in the months ahead and leading up to the next election, but on the deeper question about where do we want to be as a nation over the next decade, and the fundamental question for us of course is independence.”

In June, the Welsh Barometer opinion poll revealed 62 per cent of participants felt  the Welsh Government was handling the crisis well, compared to only 34 per cent for the UK Government.

Mr Price said the “largely positive” response to Mark Drakeford’s Government would lead the public to question whether they would be better off by breaking free from England.

“I think we have seen that in those areas where things haven’t worked so well, it’s tended to be where we’ve listened to the kind of ‘Westminster knows best’ kind of mantra,” he said.

“Well Westminster doesn’t always know best, as we’ve seen, and I think that’s been pointed out rather starkly over the last few months.”

But Mr Price admitted independence would not receive widespread support from the public unless they were presented with “detailed answers” to questions on currency, international relationships and borders, for an independent Wales.

He said his party’s independence commission would publish a report later this year on what an independent Wales would look like ahead of the 2021 Welsh Parliament elections.

June’s Welsh Barometer poll also revealed 25 per cent of voters supported independence if there was a referendum the next day, the highest ever level of support recorded.

But the same poll also found 25 per cent of people asked would choose to abolish the Welsh Parliament if they were given a referendum on doing so.