Sir Simon Stevens refused to say whether he agrees with the prime minister that Matt Hancock is "useless". 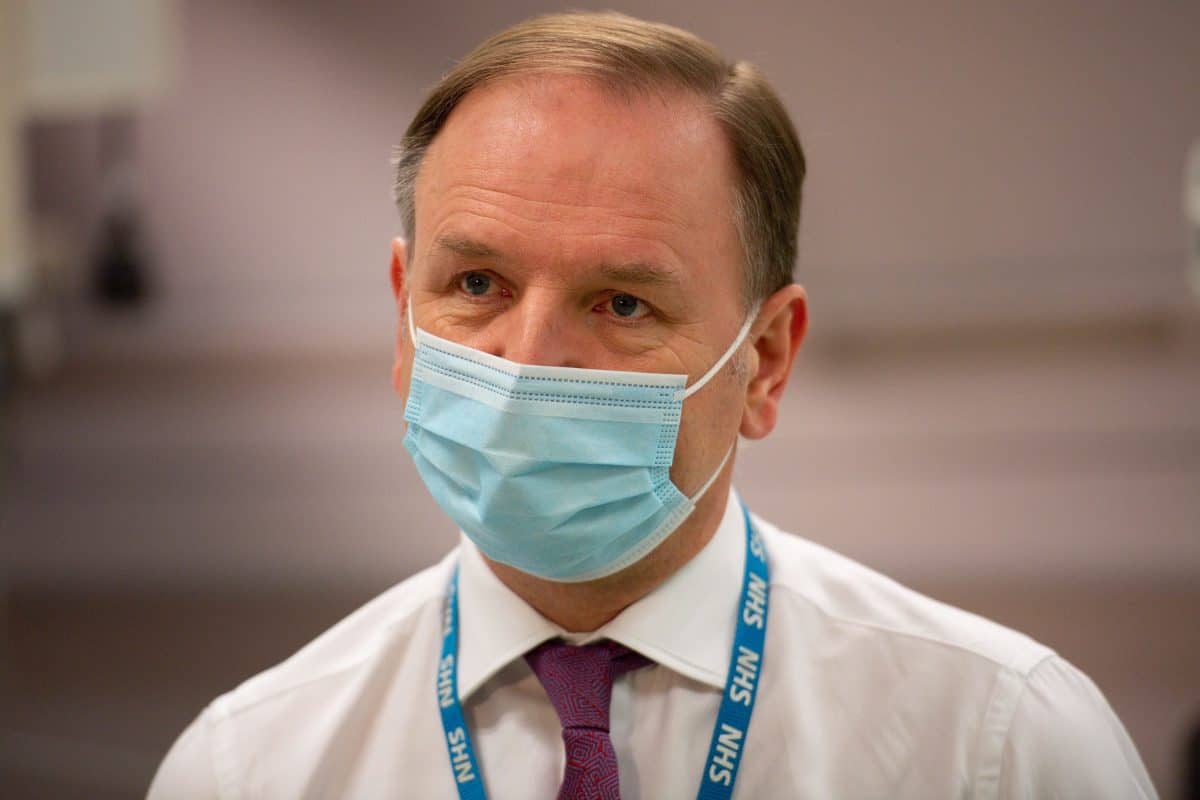 The head of the NHS in England has refused to say whether he believes Matt Hancock is “useless”.

Sir Simon Stevens was asked in a broadcast interview whether he agreed with the prime minister’s assessment of the health secretary at the height of the coronavirus pandemic.

Instead of defending Hancock, Stevens – who is due to step down later this month – refused to answer the question.

Instead, in a video released last night, he can be seen looking uncomfortable – before an aide intervenes to say the question had not been asked in advance.

NHS chief Sir Simon Stevens has failed to confirm he has confidence in Matt Hancock.

Asked repeatedly if he has confidence in his ability, Sir Simon refused to give Mr Hancock his support.

Sir Simon’s non-response comes after Dominic Cummings claimed that Hancock had sought to blame him for a number of failings during the pandemic.

“Simon Stevens remembers very well the meeting, as the prime minister recovered (from Covid) in Chequers, when Hancock tried to throw him under the bus over PPE running out,” Cummings tweeted.

“Then the chancellor and the cabinet secretary told No 10 — Hancock’s claims are false. He’s not telling the truth in these meetings.”

Boris Johnson twice described Hancock as “hopeless” early in the coronavirus pandemic, according to private messages published by Cummings.

The prime minister’s former top aide published a series of screenshots earlier this week purportedly showing WhatsApp exchanges between himself and the prime minister to combat what he said are “lies” from No 10.

Downing Street did not dispute the authenticity of the messages, or most of the claims made by Johnson’s former chief aide, but insisted the prime minister has full confidence in Hancock.

The blog post exceeding 7,000 words is the latest salvo in a bitter row between the former aide, Johnson and the health secretary, who Cummings blames for many failings during the crisis.

He said the initial post shows that “No10/Hancock have repeatedly lied about the failures last year” and accused them of now trying to “rewrite history”.

Cummings, who left Downing Street in November during a power struggle, accused the Prime Minister of now publicly supporting the “fiction” that he has been in agreement with the health secretary throughout the pandemic.

But the former chief aide argued the messages show otherwise, as do Johnson’s moves to carve up some of Hancock’s responsibilities and hand them to other individuals.

In one exchange on 3 March last year, Cummings highlighted the US’s rapid increase of testing capacity and criticised Hancock for saying he was “sceptical” about meeting a new UK target having earlier said it would “definitely” be met.

Cummings also published another exchange about the struggles to procure ventilators for Covid-19 patients, saying officials were turning down equipment because of price hikes.

“It’s Hancock. He has been hopeless,” the contact appearing to be Johnson replied on 27 March last year.