The huddle - which included Boris Johnson and Justin Trudeau - clearly didn't know they were being filmed. 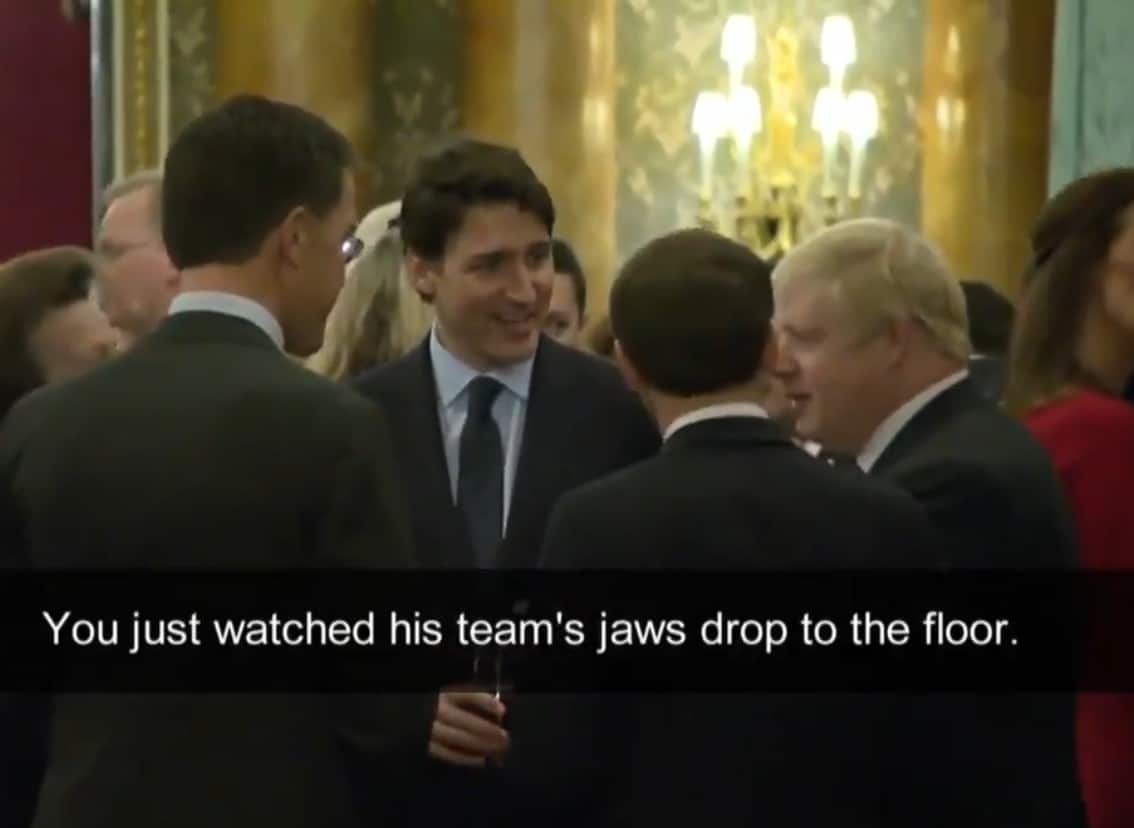 A huddle which included Prime Minister Boris Johnson and the Princess Royal was filmed apparently gossiping about the US president’s unorthodox style on Tuesday night, although Mr Trump is not mentioned by name.

During the casual chat, as the leaders sipped drinks, Mr Johnson can be heard asking French President Emmanuel Macron: “Is that why you were late?”

Canadian Prime Minister Justin Trudeau says: “He was late because he takes a 40-minute press conference off the top.”

.@JustinTrudeau, @EmmanuelMacron, @BorisJohnson and other VIPs shared a few words at a Buckingham Palace reception Tuesday. No one mentions @realDonaldTrump by name, but they seem to be discussing his lengthy impromptu press conferences from earlier in the day. (Video: Host Pool) pic.twitter.com/dVgj48rpOP