A YouGov poll found voters are split in their views on the national insurance rise - but how will MPs respond? 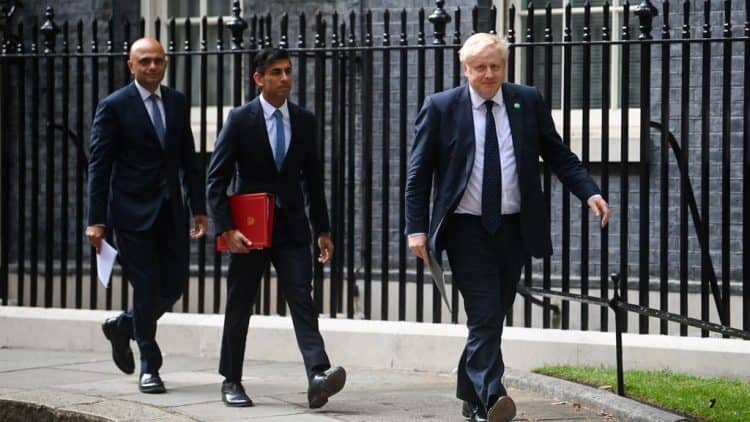 Boris Johnson will attempt to convince Conservative MPs to back his plan to fix social care on Wednesday at a snap Commons vote called just one day after the manifesto-busting new policy was announced.

But the plan – along with another manifesto-breaking announcement to temporarily suspend the “triple lock” on pensions – moves Mr Johnson away from his traditional position of low-tax Conservatism.

“I certainly don’t want any more tax rises in this Parliament. If you want me to give that emotional commitment, of course that’s the case,” he told a press conference in Downing Street, flanked by health secretary Sajid Javid and chancellor Rishi Sunak.

He said: “There are not many people in the Conservative Party… who are more dedicated to cutting taxes, bearing down on taxes where we can, than the three people standing before you today, I absolutely assure you of the truth of that.”

Mr Sunak added: “None of us standing here wants to be in a situation where we are raising taxes.”

Writing in The Daily Telegraph, Mr Javid said he appreciates the tax hike “does not sit easily with everyone”, but “no responsible government – especially a Conservative one – can bury its head in the sand and pass these problems on to the next one”.

However, the Institute for Fiscal Studies (IFS) think tank said the announcements meant tax revenues will reach the highest ever share of national income, and combined with previous announcements will raise the tax burden in the UK to the highest-ever sustained level.

Mr Johnson is expected to address the influential 1922 committee of backbench Tory MPs ahead of the vote on Wednesday.

The Government’s plan will see the introduction of a new health and social care levy, based on a 1.25 percentage-point increase in national insurance (NI) contributions – breaking a Tory commitment not to raise NI.

As well as providing extra funding for the NHS to deal with the backlog built up during the Covid-19 pandemic, the new package of £36 billion over three years will also reform the way adult social care in England is funded.

A cap of £86,000 on lifetime care costs from October 2023 will protect people from the “catastrophic fear of losing everything”, Mr Johnson said.

Scotland, Wales, and Northern Ireland will receive an extra £2.2 billion a year as a result, around 15 per cent more than they will contribute through the levy, creating what ministers described as a “Union dividend” of £300 million.

Reports suggested some Cabinet members had privately challenged Mr Johnson when he unveiled his plan to them on Tuesday morning, but none have resigned over the principle.

In the Commons, Conservative backbencher Richard Drax (South Dorset) said: “As Conservatives, broken pledges and tax rises should concern us. Our finances are in a perilous state. Surely a radical review of the NHS is needed if this money is not to go and disappear into another blackhole?

“Does my right honourable friend agree with me that the Conservative way to raise revenue is to lower taxes not raise them?”

The Prime Minister responded that he did agree with “that general proposition”, but that the pandemic had meant the rise was necessary.

The new Health & Social Care Levy provides no new funding for social care for at least 3 years. No money for living costs, only personal care costs. Selling your home is just deferred. It is a tax on jobs. I need much more detail to even consider supporting it. https://t.co/8w1V0FQLB3