"MPS are very angry, particularly because Boris Johnson, a former Foreign Secretary, and he thinks a future Prime Minister, instead of supporting our diplomat in Washington, basically dived for cover and threw him under the bus" 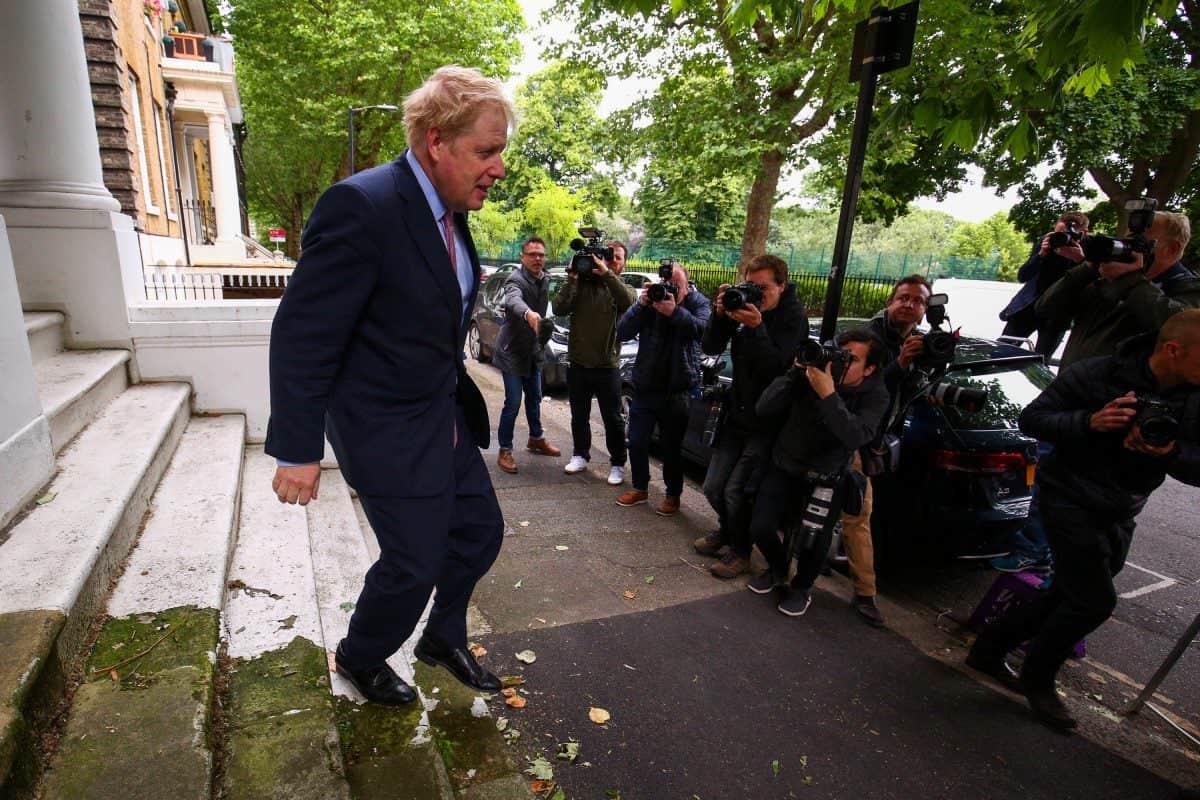 Boris Johnson is facing a furious backlash after Britain’s ambassador to the US quit following the leak of diplomatic dispatches critical of Donald Trump’s White House.

“Boris Johnson was tested on whether he would support his country or not failed in that test,” Conservative MP Alan Duncan told the BBC after news emerged that the UK’s ambassador to the US, Sir Kim Darroch has quit.

The resignation comes the day after the favourite to become the next Prime Minister in the Tory leadership race repeatedly refused to back the UK’s ambassador in a TV debate with his rival Jeremy Hunt that he Sir Kim Darroch.

Sir Kim had angered US President Donald Trump when descriptions of him as “incompetent”, “inept”, and “insecure” in diplomatic dispatches that were leaked to the press.

Diplomatic memos he had written were released earlier this week questioning whether the White House “will ever look competent” under Mr Trump and referring to its “incoherent, chaotic” foreign policies.

The US President reacted with outrage over the leak, calling the ambassador “a very stupid guy” and a “pompous fool”.

Alan Duncan told BBC Politics Live today that MPs in Westminster feel that would be PM Boris Johnson “instead of supporting our diplomat in Washington, basically dived for cover and threw him under the bus,” and that this had made MPs “very angry.”

Johnson expressed his regret at Sir Kim’s departure, describing him as a “superb diplomat” who he had worked with for many years.

“It is not right that civil servants’ careers and prospects should be dragged into the political agenda,” he said.

His comments were dismissed as “insincere guff” by Sir Alan – a long-standing critic of the former foreign secretary – who said he  had deliberately failed to give Sir Kim his support during the debate.

“For someone who wants to lead, let alone unite, the country, that was contemptible negligence on his part,” he told the BBC.

“He has basically thrown this fantastic diplomat under the bus to serve his own personal interests.”

Sir Nigel Sheinwald, a former ambassador to the US, said he believed Mr Johnson’s comments may have played a part in Sir Kim’s decision to go.

“I don’t think he got the support he needed from across our political class. I am sure that those comments by Boris Johnson may well have played a factor in his ultimate decision to resign,” he told BBC Radio 4’s The World at One.

“I think that what worried him was what would happen with a new prime minister who had made no commitment to him at all in the debate last night.”

“The fact that Sir Kim has been bullied out of his job, because of Donald Trump’s tantrums and Boris Johnson’s pathetic lick-spittle response, is something that shames our country,” she said.

Sir Kim Darroch had watched the TV debate last night and wrote in a resignation letter released by the Foreign Office:

“Since the leak of official documents from this Embassy there has been a great deal of speculation surrounding my position and the duration of my remaining term as ambassador. I want to put an end to that speculation. The current situation is making it impossible for me to carry out my role as I would like.

“Although my posting is not due to end until the end of this year, I believe in the current circumstances the responsible course is to allow the appointment of a new ambassador.

“I am grateful to all those in the UK and the US, who have offered their support during this difficult few days. This has brought home to me the depth of friendship and close ties between our two countries. I have been deeply touched.”

“US Ambassador Darroch has resigned and Trump got what he wanted” tweeted Labour MP Tonia Antoniazzi. “You really think Boris Johnson is going to stop him when he comes for our NHS after Brexit? “

In other Boris Bus News: