A formal leak investigation has now been initiated, but what was revealed about Trump in the leaked secret cables? 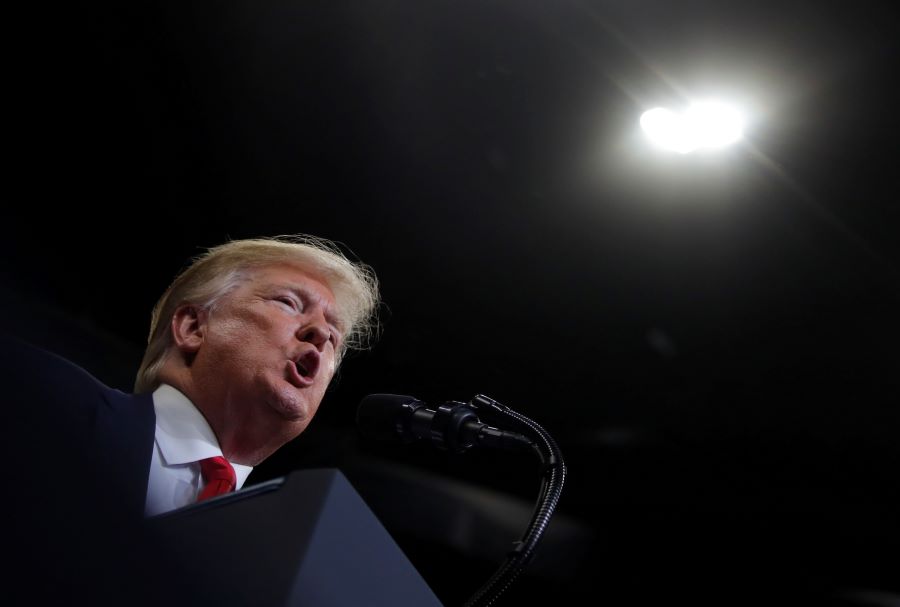 A formal inquiry is set to take place after sensitive diplomatic memos were leaked detailing the “uniquely dysfunctional” and “inept” White House under Donald Trump.

The UK’s ambassador to the US Sir Kim Darroch’s made gruelling assessments of the Trump administration from 2017 to the present – questioning whether the White House “will ever look competent” and referring to its “incoherent, chaotic” foreign policies.

A Foreign Office spokesman has confirmed a formal leak investigation has now been initiated, but what was revealed about Trump in the leaked secret cables?

“For a man who has risen to the highest office on the planet, President Trump radiates insecurity … There is no filter [that prevents Trump making offensive comments] … We could also be at the beginning of a downward spiral, rather than just a rollercoaster; something could emerge that leads to disgrace and downfall.”

On Trump’s state visit to UK:

“The president knew from the outset that it amounted to genuinely special treatment … Although initially worried about getting the protocol right, he became more relaxed as it progressed; and by the end, he could not have been happier or more fulsome in his assessment.”

On a Trump rally:

“As is standard at these rallies, the language was incendiary, and a mix of fact and fiction – hard to reconcile with Pence’s remarks about governing for all Americans … All that said, there is still a credible path for Trump – but so much rides on who the Democrats choose in July 2020”

On Trump aborting an airstrike against Iran at last minute:

“[Trump’s] claim, however, that he changed his mind because of 150 predicted casualties doesn’t stand up; he would certainly have heard this figure in his initial briefing. It’s more likely that he was never fully on board and that he was worried about how this apparent reversal of his 2016 campaign promises would look come 2020 [at the next election].”

On Collusion between Trump and Russia:

“The worst cannot be ruled out.”

On the ‘flood zone’:

“It’s important to “flood the zone”: you want as many as possible of those who Trump consults to give him the same answer. So we need to be creative in using all the channels available to us through our relationships with his cabinet, the White House staff, and our contacts among his outside friends”.

On The Terminator, and possible re-election:

“Trump may emerge from the flames, battered but intact, like Schwarzenegger, in the final scenes of The Terminator.”