The former foreign secretary also said he rarely loses his temper, despite police being called after row with girlfriend Carrie Symonds 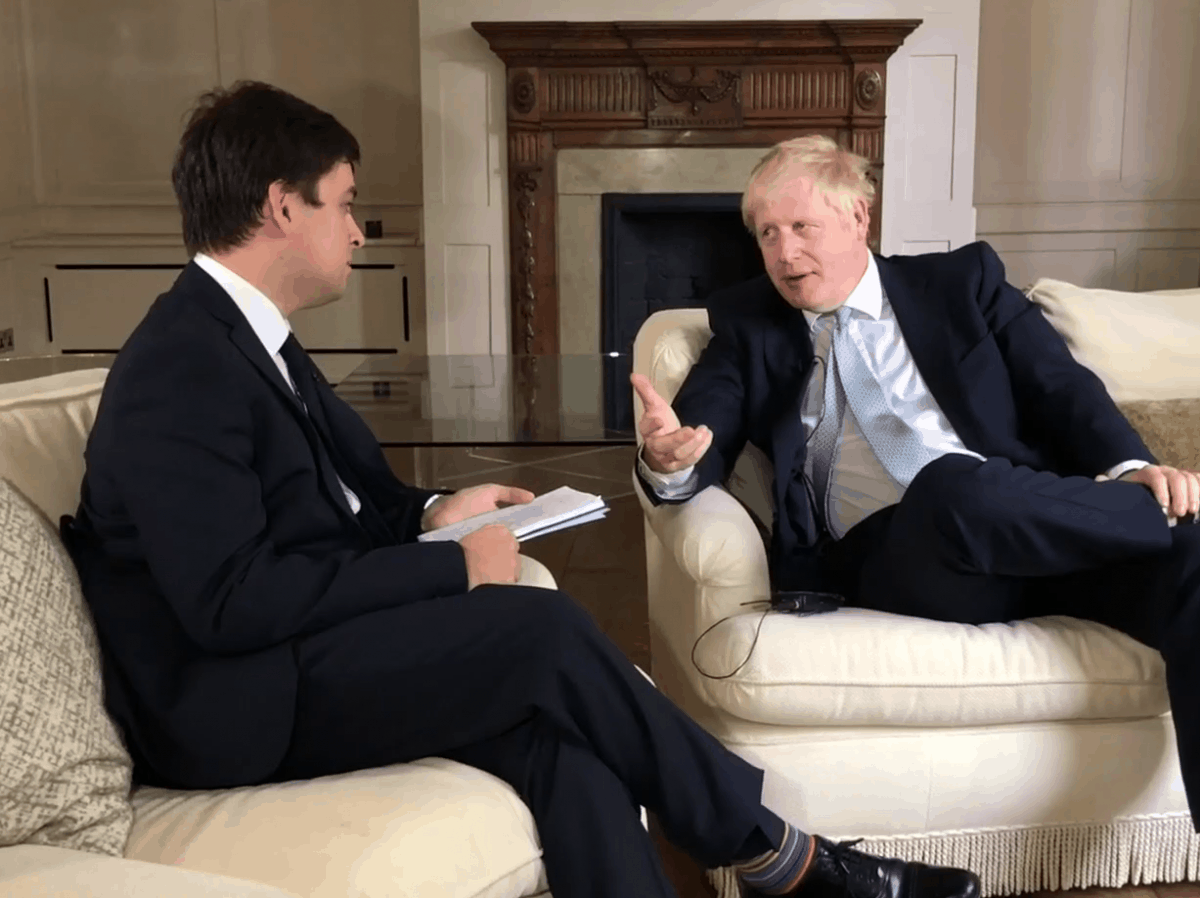 Would-be PM Boris Johnson has been mocked on social media for a bizarre bus claim. – No not the £350m a week to the NHS lie on the Brexit Bus – but another unlikely-sounding claim.

In a day Boris Johnson avoided certain questions – mainly regarding the incident police were called to on the weekend by concerned neighbours and passers-by – as well as the photos that appeared after purporting to show the would-be PM with partner Carrie Symonds – he also gave bizarre answers nobody expected to hear.

TalkRADIO political editor Ross Kempsell asked Boris Johnson what he liked to do in his spare time to relax. And looked like he began to regret the question as the ex-foreign secretary and bookies’ favourite to be next Tory leader insisted he enjoyed painting model buses built from wine crates with “passengers enjoying themselves” as a hobby.

“I have a thing where I paint models, I make models of buses.”

Johnson added: “I make, I get old wooden crates right and I paint them and they have two, it is a box that’s been used to contain two wine bottles, it will have a dividing thing and I turn it into a bus.

“I turn it into a bus and I put passengers, you really want to know this?

“I paint the passengers enjoying themselves on a wonderful bus, low carbon of a kind that we brought to the streets of London.”

Johnson – in the headlines over an alleged domestic spat with girlfriend Carrie Symonds – went on to insist he was a calm kind of guy.

When asked what made him angry, he replied: “I think I’m a pretty even-tempered kind of guy, I don’t easily get angry.”

Over the weekend police were called to Miss Symonds London flat after neighbours complained of a blazing row and claimed she was heard shouting “get off me” and “get out of my flat.”

Police later said they left and took no further action after establishing that no-one had come to any harm.

Today Johnson also refused to be drawn on whether photos of him and Carrie in a pub garden published in a newspaper had been staged.

His rival for PM Jeremy Hunt insisted only he could be trusted to achieve a realistic solution to Brexit as no real breakthrough was likely to be achievable before the end of October as Johnson is insisting is possible.

Conservative party members will choose between Boris Johnson and Jeremy Hunt as next Tory leader.

The next leader will be revealed on July 23.