Newcastle are ready to make an approach to Sheffield Wednesday as they attempt to appoint Steve Bruce as Rafael Benitez’s replacement. PA understands the 58-year-old Owls boss is the man at the top of the Magpies’ shortlist and that formal contact is imminent, with the club due to embark on their Premier League Asia Trophy […] 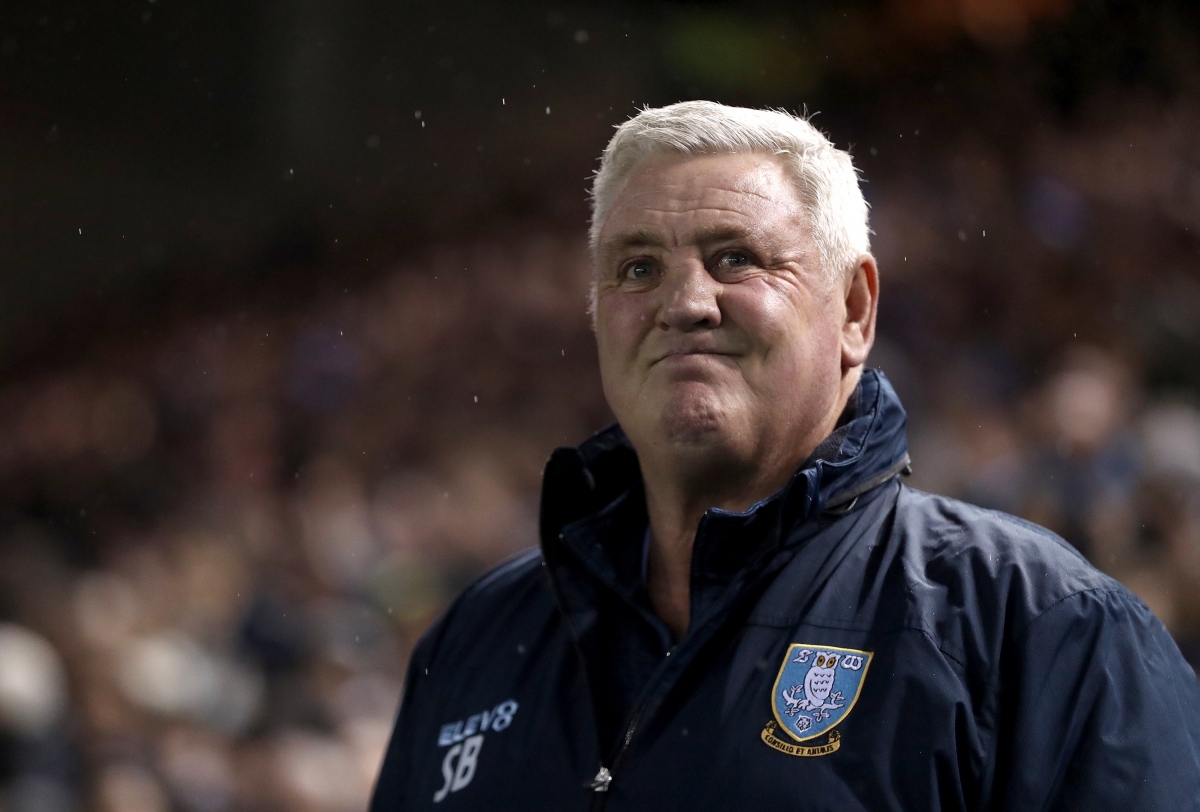 Newcastle are ready to make an approach to Sheffield Wednesday as they attempt to appoint Steve Bruce as Rafael Benitez’s replacement.

PA understands the 58-year-old Owls boss is the man at the top of the Magpies’ shortlist and that formal contact is imminent, with the club due to embark on their Premier League Asia Trophy trip to China on Saturday.

It is understood they would have to pay compensation of around £1million to release the Corbridge-born former Manchester United defender from his current contract.

Some bookmakers suspended betting on Bruce’s appointment on Tuesday after a flurry of bets saw him installed as odds-on favourite to fill the vacancy at St James’ Park.

Should Newcastle push home their interest, the former Sunderland manager will have a job on his hands to win over supporters still furious at Benitez’s departure, with some planning fresh protests over owner Mike Ashley’s controversial approach to running the club.

A series of fans, group have joined forces to call for a boycott of the opening fixture of the new Premier League season against Arsenal at St James’ on Sunday, August 11.

In addition Bruce, who hAS been linked with the Magpies in the past, would face the task of rebuilding a squad which has been shorn of leading scorer Ayoze Perez, striker partner Salomon Rondon, out-of-contract midfielder Mohamed Diame and loan signings Kenedy and Antonio Barreca since the end of the last campaign.

While sources on Tyneside have insisted the £30million Leicester Paid for Perez will be re-invested in the squad, a new manager will have to attract players to a club with an increasingly toxic reputation while operating under the restrictions which prompted Benitez to reject a contract extension and head for Chinese club Dalian Yifang instead.

Bruce is being targeted with 10 days having elapsed since the Spaniard’s contract expired, with a series of potential candidates, including Jose Mourinho, Arsene Wenger, Patrick Vieira, Steven Gerrard and Chris Wilder, who signed a new long-term contract with Sheffield United on Tuesday evening, having distanced themselves from the job.

He played down the rumours when asked about them at Wednesday’s pre-season training camp in Portugal.

He told the Sheffield Star: “It’s news to me. God only knows what happened on Tuesday afternoon. There seemed to be an upsurge [in the betting] from somewhere. John Terry was favourite yesterday. It was Mikel Arteta the day before, so who knows?

“As far as I am concerned, I am here, I am going home tomorrow and looking forward to walking the dog.”

Bruce was appointed by the Owls in February, four months after parting company with Aston Villa, who subsequently went on to clinch promotion via the Sky Bet Championship play-offs under successor Dean Smith.

Meanwhile, Benitez has aimed a thinly-disguised barb at Ashley in a blog looking back over his first week as manager of Chinese side Dalian Yifang.

He wrote: “I must say that I have had more meetings with the chairman, the president and the general manager this week than I had in three years at Newcastle.”