Alan Johnson also said the sea wasn't closed on his trip to Crete and says Raab is toast. 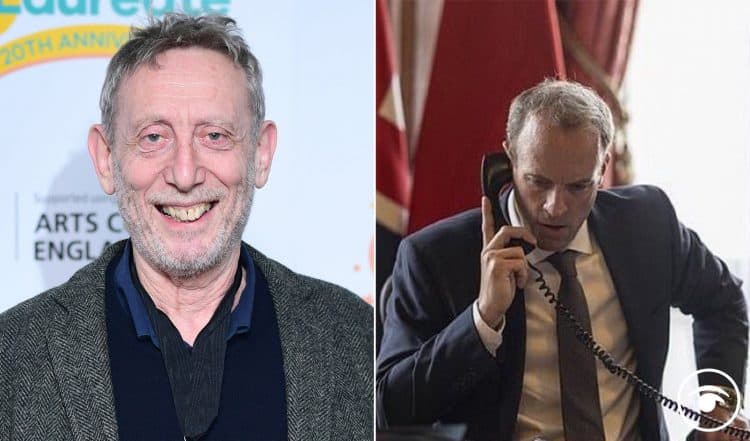 Yesterday Dominic Raab refused to offer further details about his Crete holiday when pressed at least nine times by MPs, labelling the questions a “fishing expedition”.

Mr Raab faced accusations in the media of paddle boarding and swimming at the beach on the last day of his holiday, but following his return to the UK, he described these accusations as “absolute nonsense”.

Raab has flown to Doha to discuss the safe passage of British nationals and Afghan allies from Taliban-controlled Afghanistan.

The minister’s trip comes after he was grilled by MPs on the foreign affairs select committee on Wednesday afternoon over his handling of the crisis in Afghanistan.

As he faced questions from the Foreign Affairs Committee, the Foreign Secretary was also told it was a “bad idea” for him, the Prime Minister and high-ranking Government officials to all take holiday while Kabul was seized by the Taliban.

He refused 11 times to reveal when he started his five-star beach holiday as Kabul fell to the Taliban.

Members of the committee repeatedly pressed Mr Raab to tell them when he went on holiday, with Labour former minister Chris Bryant asking him three times, and SNP MP Stewart Malcolm McDonald asking him on six occasions.

Mr Bryant said: “On August 11, the US said the Taliban were likely to seize the whole country, it was just a question of how long it was going to take. Were you already on holiday?”

Mr Bryant pressed Mr Raab on his holiday, with the minister repeating he “would not have gone away, with the benefit of hindsight”, before insisting: “I am not going to start adding to, frankly, the fishing expedition beyond the facts that I have articulated and the fulsome statement and having answered questions on this continuously.”

The Foreign Secretary also faced questions about how his Government department, the Foreign, Commonwealth, and Development Office (FCDO) administered the evacuation from the UK.

SNP MP Mr McDonald said military personnel involved in the evacuation from Kabul had been asked to cancel all leave on July 23.

“Did you initiate a similar process for the Foreign Office?” he asked the Foreign Secretary.

Mr Raab replied: “No, what I did was make sure that we had cover, a decent rota, specifically because we didn’t know for how long this would endure.

“Of course, we were pressing for an extension of the window, in which case you need to make sure with emergency responses and indeed your team theatre that you are able to resource those properly but also make sure you can maintain it. Otherwise you have got a much greater risk of mistakes.”

Dominic Raab is asked ten times for the exact date that he went on holiday to Crete. The foreign secretary does not give an answer