"When you give cash to a beggar, not in every case, but in the vast majority of cases, you are buying heroin or you are buying alcohol or you’re buying zombie Spice” said Tory MP Adam Holloway 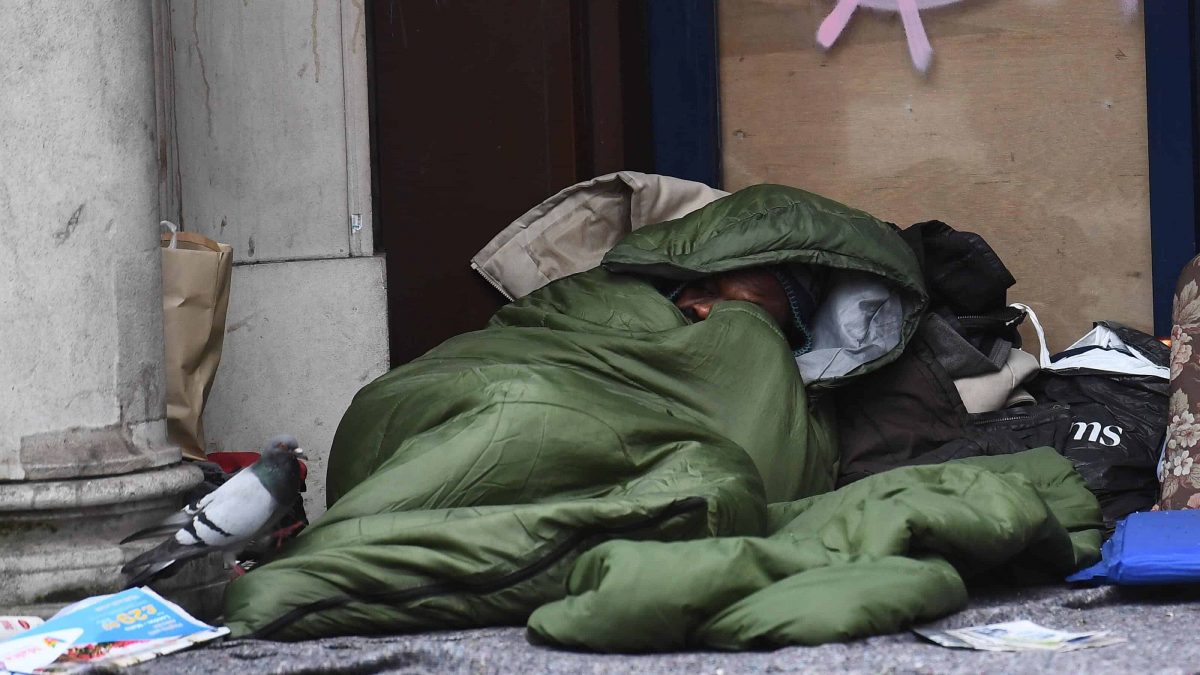 Many rough sleepers “choose to be on the streets” to fund drug and alcohol addiction, a Tory MP has said.

During a Commons debate on the issue, Tory backbencher Adam Holloway said treating homelessness as a health issue, allowing drug and alcohol to be used in shelters and improving mental health care would go some way to tackling the problem.

The Gravesham MP spent time on the streets in 1991 and again in 2018 to learn more about the problems faced by those sleeping rough. He told MPs about meeting an alcoholic on the streets in London called Andy, who claimed he had a flat to go home to if he wanted to. Mr Holloway said: “Andy was drinking, I don’t know, probably 30 cans of beer a day.

“But Andy wasn’t actually homeless. Andy had a flat, he in fact showed me the keys to his flat. But Andy was living at Westminster for two reasons. He was lonely in his flat in North London and how on earth is an alcoholic going to generate enough money to buy beer if not from begging on the streets?

“I didn’t meet him, but a friend of mine reported that a guy who had been a heroin addict in Covent Garden for many years who had his leg cut off eventually.

“And this guy absolutely maintains, and this is my experience too, that if the public were not so generous and didn’t enable people to buy the heroin and buy the alcohol then he would have got off the streets an awful, awful lot earlier. The reality is that many people choose to be on the streets.”

This caused Labour MPs to shout out in disagreement.

Mr Holloway continued: “Before you stand up in outrage, there’s a reason for this.

“If you’re like Andy and you’re addicted to a drug, you have a problem, you need money. You do not get money from begging if you are sleeping on the floor in one of the Government’s No Second Night Out hostels. You don’t get money to buy heroin if you’re sitting in your council flat, you get it by being out on the streets.”

He added: “We are not going to deal with rough sleeping unless we see it as a health problem. So we need to be honest about this. When you give cash to a beggar, not in every case, but in the vast majority of cases, you are buying heroin or you are buying alcohol or you’re buying zombie Spice.

Growing homelessness crisis in the UK

The Office of National Statistics (ONS) has linked mental health issues with economic deprivation in the UK. A recent survey revealed the average Brit believes they are two-and-a-half pay cheques from homelessness. Last month the national homeless charity Shelter found that one in 200 people in England are now homeless and insisted the new Government must take “urgent” action to address the “dire lack of social homes at the crux of this emergency, before the situation is likely to get worse”.

The charity also found that the number of children who were homeless and living in temporary accommodation had risen by 51 per cent in Britain in the last five years under the Conservative government, with a child becoming homeless every eight minutes in Britain.

This week Conservative minister Therese Coffey also sparked outrage when she described food banks as the “perfect way” to help the poor.The Work and Pensions Secretary made the controversial comment replying to a question from Labour MP Zarah Sultana.

Ms Sultana was quizzing the Government’s welfare chief at DWP Questions on Monday.

She said: “There are more food banks in Britain than there are McDonald’s restaurants—a company that I know recently paid off its fired British boss with roughly £30 million.

“Does the Minister accept that it is a gross injustice that nurses are forced to use food banks while fat-cat bosses receive obscene pay-outs?”

The Work and Pensions Secretary replied: “The Honourable Lady is right to praise volunteers at her local food bank who support vulnerable people in their area. I visited a similar food bank in my own constituency that has been working together with food redistribution schemes.

“Marrying the two is a perfect way to try to address the challenges that people face at difficult times in their lives. The Hon. Lady will be aware of the work that we have been trying to do with the Trussell Trust, and I am pleased to say that we will also be having a roundtable of independent food banks to understand how we can help them and their customers to move forwards.”

Working families have struggled to make ends meet since its 2008/10 ‘Wealth and Assets Survey’ due to the longest pay squeeze in two centuries and the impact of austerity on their earnings. The richest people in the country didn’t pay the price of the last decade of austerity. The poorest did though: child poverty has risen to unprecedented levels with one in four of our children now living in poverty.