A report by charity Shelter warned that 183 children lose their homes every day in the UK, and one in 24 London kids are now homeless. 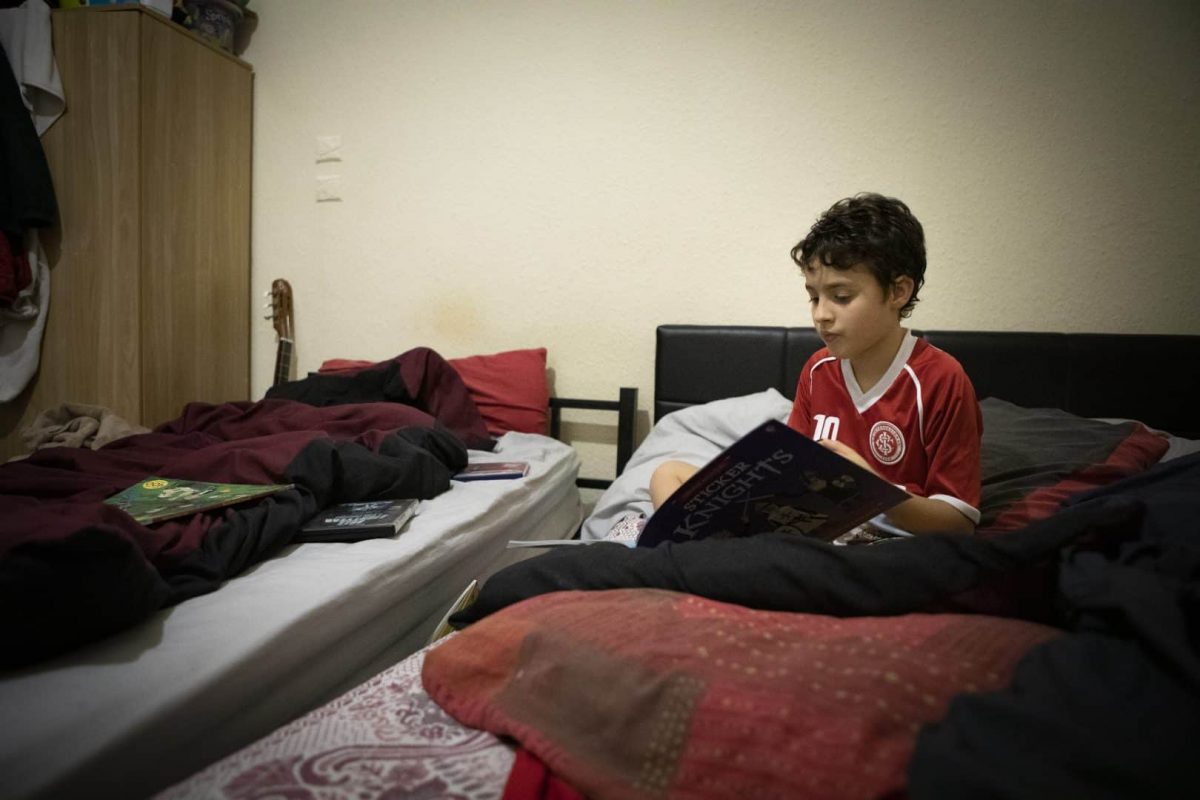 A child in Britain becomes homeless every eight minutes, a new report by a leading charity has found.

The “Generation Homeless” report released on Tuesday is the first time the charity has been able to uncover the rate at which children are made homeless, as opposed to more general figures.

The report found child homelessness is at its highest rate since 2006 and at least 135,000 children will be living in temporary accommodation on Christmas Day.

‘It’s worse than being in a real-life horror film’

It highlighted the impact of temporary accommodation such as emergency B&Bs and hostels, where 5,683 homeless families with children currently live.

The report found one in 107 children in Great Britain were homeless and being housed in temporary accommodation.

Shelter found these facilities were often sub-standard and lacked privacy and security for families, who usually had little space to cook, eat their meals or live.

The report highlighted the story of a 10-year-old boy named Will, whose family was made homeless after a Section 21 “no-fault” eviction and now lives in a single room in a bed and breakfast in Ilford, east London.

“Life in the B&B is horrible, it’s worse than being in a real-life horror film,” Will said. “There’s no room to do anything, even if I’m reading my book, as I’m still going to get annoyed by someone. I’ve been told off by someone for running in the small corridor. You can’t do much, you can’t play much. I don’t get to play that often.

The paper said Labour’s manifesto promise of £9 billion of extra social security spending, including the scrapping of the two-child limit, would mean 550,000 fewer children living in poverty compared to Conservative plans.

Shelter’s report is a damning indictment of Conservative austerity too. The charity found the number of children who were homeless and living in temporary accommodation had risen by 51% in Britain in the last five years.

In England, there are an additional 4470 families with children who are homeless but have sourced their own temporary accommodation. These families are not included in Shelter’s figures, but are also officially without a home.

“The fact 183 children become homeless every day is a scandalous figure and sharp reminder that political promises about tackling homelessness must be turned into real action,” said Shelter chief executive Polly Neate.

“Day in, day out we see the devastating impact the housing emergency is having on children across the country. They are being uprooted from friends; living in cold, cramped B&Bs and going to bed at night scared by the sound of strangers outside.”

Using data from the Government’s official homelessness statistics, the charity found one in 24 children in London were homeless in temporary accommodation, equivalent to nearly 28 children per school or nursery.

Nationally, there is an average of five homeless children for every school in the country.

In the east of England, an average of one in 167 children lives in temporary accommodation.

Luton had the highest rate outside of London boroughs, with one in every 22 children homeless and living in temporary accommodation in the town.

Shelter warned that 1,647 children will be made homeless between the start of December 3 and the General Election on December 12.

The charity is calling on political parties to prioritise housing policy in their domestic agendas in the run up to the polls opening and long term.