The wrap was discontinued in March 2020 - around the time he became chancellor. 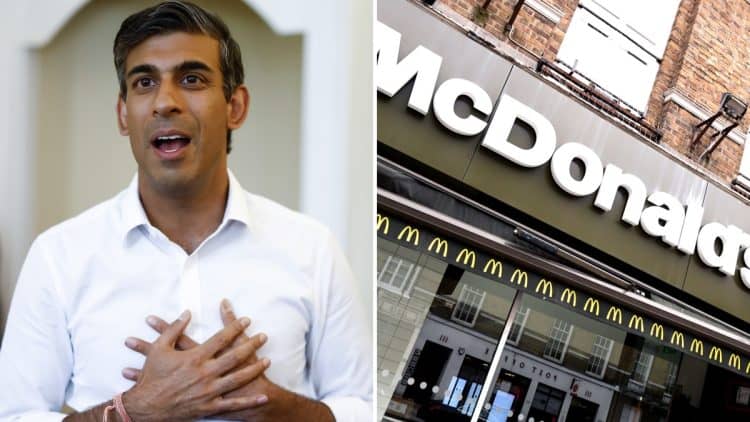 Rishi Sunak’s attempts to portray himself as a man of the people backfired today after he claimed he orders the breakfast wrap when he is in McDonald’s.

Appearing on This Morning the former chancellor was commenting on a recent picture he shared on Instagram of himself paying at a McDonald’s self-service machine.

He posted the jokey photograph in an apparent reference to a gaffe in March when he was filmed struggling to use his bank card to buy petrol.

Asked what he had ordered in McDonald’s, Sunak said: “I was there at about I think gosh 7.45 in the morning or 7.30 so it was not a burger and nuggets.

“So I got breakfast. I get bacon roll with ketchup and the pancakes.

“If I’m with her they’re wrapped with a hashbrown and everything in it. That’s what we do.”

But social media users were quick to point out that McDonald’s discontinued the wrap in 2020.

The faux pas has been likened it to David Cameron’s “pasty at Leeds Station moment” when the former PM claimed he had enjoyed a Cornish pasty from the West Cornwall Pasty Company at Leeds Railway Station.

It soon transpired the outlet had closed five years earlier.