Ms Nandy announced her candidacy in her local paper, the Wigan Post. 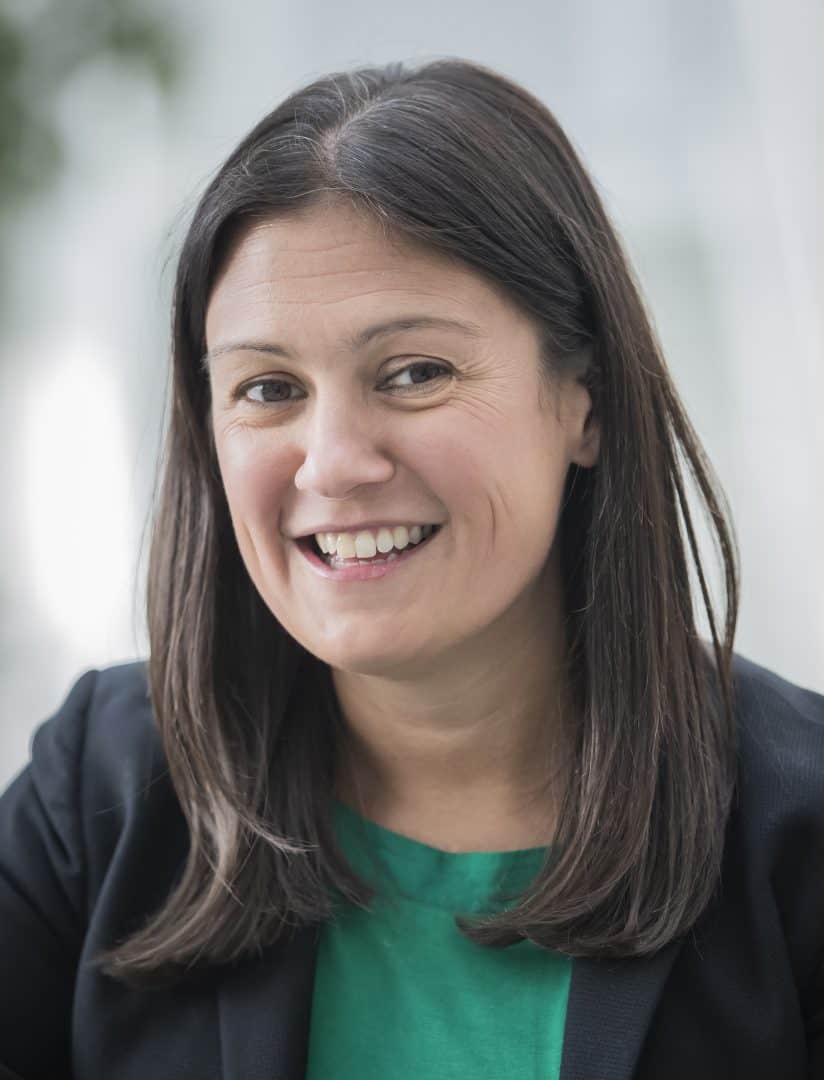 Wigan MP Lisa Nandy has begun her campaign to become the new leader of the Labour Party with a round of media interviews in the town pledging to “do things differently” compared with the years under Jeremy Corbyn.

An outsider according to the polls, Ms Nandy is hoping to boost her profile within and outside the party which suffered its worst election trouncing since 1935.

The current leadership’s favourite Rebecca Long-Bailey is also expected to enter the race.

Labour needs “to do things differently”

Ms Nandy, a 40-year-old mother-of-one, said she was standing because Labour needs “to do things differently”.

She said: “We need a different sort of leadership that helps to root us back in every community across the UK, turns us back into a real movement and real force, driven from the ground up so that we can win people’s trust back.

“We’ve been wiped out in Scotland virtually, we’ve seen the red wall crumble in the North and Midlands and parts of north Wales.

“We’ve been told over and over again by people in what were our former Labour heartlands that we need to change, we can’t just keep changing the man at the top and making decisions from Victoria Street in London and think we can fix things for people.”

A “deeper understanding” of what has gone wrong

Ms Nandy announced her candidacy in her local paper, the Wigan Post, saying she has “a deeper understanding” of what has gone wrong having represented her constituents since 2010.

A former MP’s assistant, charity worker and councillor in London before becoming the Wigan MP, Ms Nandy said: “I was born and brought up in Manchester, went to college over in Bury in Lancashire, I spent time as a London councillor, I worked with homeless teenagers in Soho, spent 10 years living in Wigan.

“This is my community, this is where my family is raised, born and bred and I couldn’t care more about winning back votes.

“This really matters to me, I do have skin in the game, I’m not unlike many of my colleagues like that, but I’ve heard loud and clear what people have been telling us in places like Leigh, Ashfield, Easington where we felt the ground collapse beneath our feet a few weeks ago.

“This has been a long time coming for the Labour Party.”

Ms Nandy said the party had “quite a few” working class MPs but in national politics a “small handful” of people made the decisions in London.

She added: “And what we’ve heard from people for almost 20 years now is that has to change.

“It’s a problem for the Tories, it’s a problem for every political party, but absolutely existential for the Labour Party because we’ve never been movement that’s been about a small group of people coming in saying ‘we will come in and fix things for you’.

“We were a movement founded by and for working people who wanted to effect change in their own lives themselves and we have to become that again.”

Ms Nandy criticised Labour’s free-broadband pledge in their election manifesto but declined to endorse a “clean break” from the Corbyn leadership of the party.

She said Labour had “done some things right in the last four years” with more energy from new people in the party and it was once again a party prepared to “wear its values on its sleeve”.

“And actually in towns like this I think people want to see that, they believe in compassion, tolerance, fairness, decency and they want to see a Labour Party that is true to its values.”

But Ms Nandy said the party had got dealing with anti-Semitism in its ranks “completely wrong”.

She added: “We have to set the tone and the culture from the top. That hasn’t been done over the last four years and I’m absolutely determined that in this contest and as leader should I be selected by the members in order to leave this party that that will change.”

The new Labour leader is expected to be announced in March after a vote by around half a million party members.