His decision came after prominent backbenchers Jess Phillips and Lisa Nandy announced their bids to lead the party. 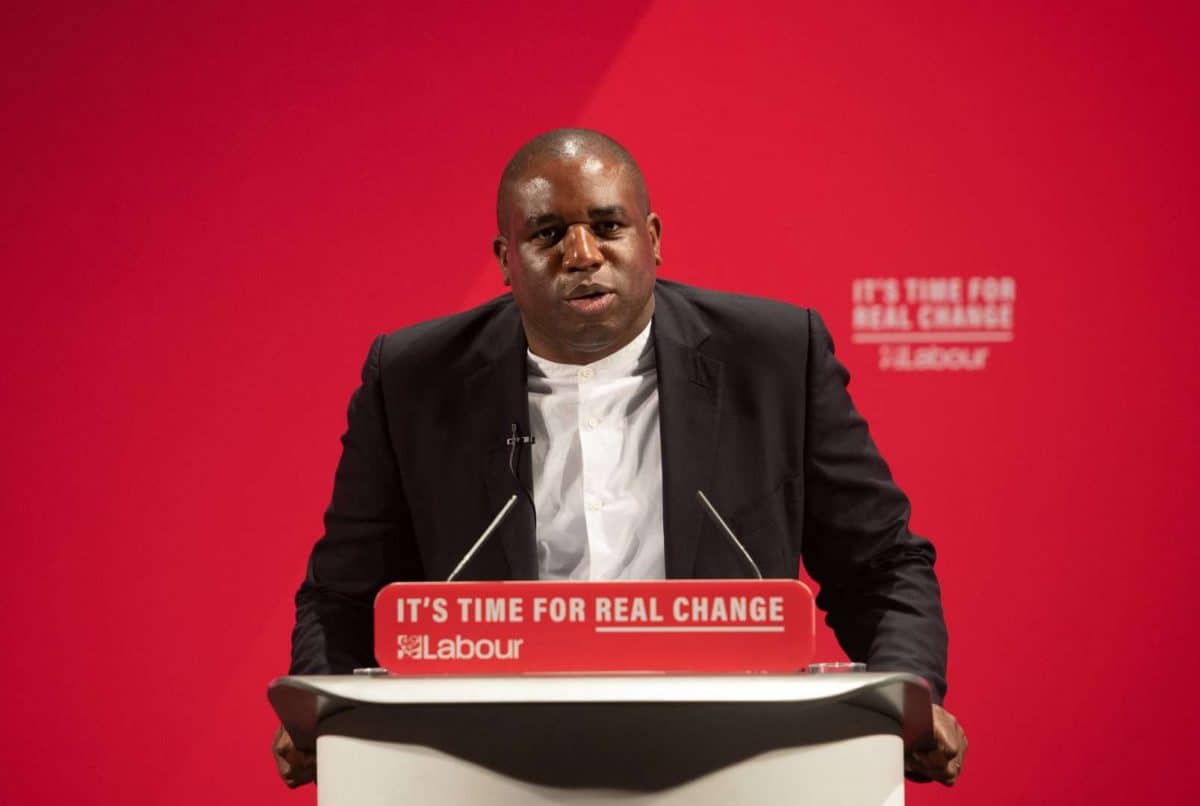 Senior Labour MP David Lammy has ruled himself out of the contest to succeed Jeremy Corbyn and called for the next leader “to unite our party’s factions”.

The former minister, who has represented the London constituency of Tottenham since 2000, said on Saturday he would not enter the race after “serious consideration”.

His decision came after prominent backbenchers Jess Phillips and Lisa Nandy announced their bids to lead the party following its worst general election defeat since 1935.

The ardent Remainer suggested that his stance on Brexit, which he maintained was a “historic mistake”, rendered him unsuitable to unite the party’s “vociferous factions”.

“I deplore the rising xenophobia that has occurred in the wake of (the) 2016 (EU referendum) and the populist nationalism that is being whipped up by a once mainstream political party led by Boris Johnson,” Mr Lammy said in a statement.

“A key role however for the next Labour leader is to win support from and foster unity between different vociferous factions of our party, so that we can win back the trust of our country. I am not the individual best placed for this role at this time.”

A change to Corbyn’s approach

Wigan MP Ms Nandy began her campaign in her constituency on Saturday with a call for change from Mr Corbyn’s approach.

“We need a different sort of leadership that helps to root us back in every community across the UK, turns us back into a real movement and real force, driven from the ground up so that we can win people’s trust back,” she said.

Meanwhile, Ms Phillips visited the Bury North constituency that fell from Labour to the Tories to meet former supporters who did not back the party in the last election.

Both are seen as coming from the party’s centre-left and will face confirmed contenders shadow foreign secretary Emily Thornberry and shadow treasury minister Clive Lewis.

Others, including shadow Brexit secretary Sir Keir Starmer and the current leadership’s favourite Rebecca Long-Bailey, are also expected to enter the race.

Ms Phillips came third in a YouGov survey of the membership behind both shadow business secretary Ms Long-Bailey and Sir Keir, who was clear favourite. Ms Nandy was the last of seven candidates.

But the outsiders will be hoping to boost their profiles, with the race not expected to formally get under way until Tuesday before a new leader is installed by the end of March.

Related: Who will be the next Labour leader?