However, John McDonnell said it would be a ‘really helpful act’, to reinstate him. 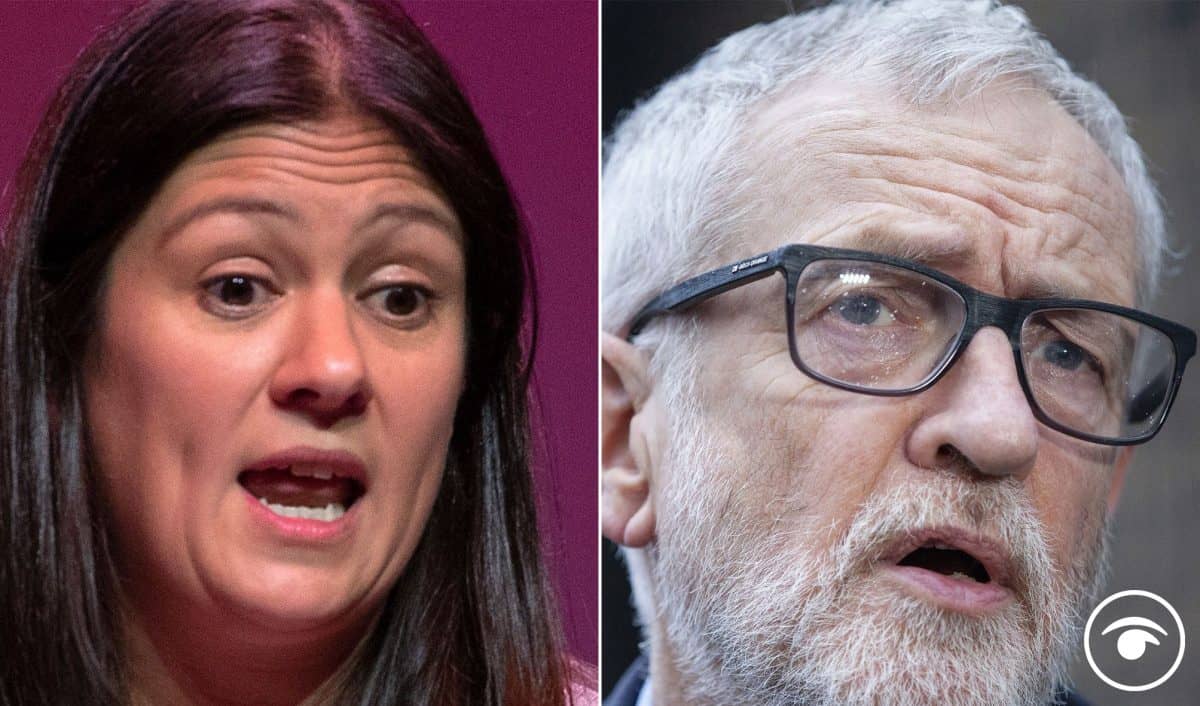 Jeremy Corbyn shouldn’t sit as a Labour MP until he apologises for the hurt he caused to the Jewish community, Lisa Nandy told LBC.

Lisa Nandy was asked by LBC’s Nick Ferrari why Jeremy Corbyn is still in the Labour Party having had the whip removed.

In response, she said: “Well there was a process that was followed where he was suspended from the Labour Party and then readmitted in accordance with the rules.

“It’s not for me as a senior politician to interfere with those rules.”

Nandy also added: “But I have to say I think Keir Starmer was right to withdraw the whip.

“As far as I’m aware, Jeremy [Corbyn] hasn’t apologised for the hurt that he has caused to the Jewish community.

“And until he does I don’t think he should sit as a Labour MP.”

Former Labour leader Mr Corbyn had the party whip withdrawn in October following his response to an Equality and Human Rights Commission report into anti-Semitism in the party.

But Mr McDonnell said allowing him back into the Parliamentary Labour Party would demonstrate Labour leader Sir Keir’s desire to “unite” the party.

Asked on Sky News’ Trevor Phillips On Sunday programme if it was time for Mr Corbyn to be readmitted, Mr McDonnell said: “Yes, it is.

“One step in demonstrating his uniting the party is to give Jeremy back the whip.

“I think it would be a really helpful act if Keir did that now.”

Mr Corbyn issued a “public statement of clarification” in November, which he says was agreed with the party, saying concerns about anti-Semitism were “neither ‘exaggerated’ nor ‘overstated’”.

After a meeting of the disputes panel of Labour’s National Executive Committee (NEC) the same day, Mr Corbyn was issued with a formal warning and his suspension was lifted.

But, the following day, Mr Corbyn was told he could not sit as a Labour MP, with Sir Keir saying his predecessor had “undermined” work to restore trust and confidence in the party’s ability to tackle anti-Semitism.

Having the whip withdrawn is considered a serious punishment by a party.

While the MP can keep their seat in the House of Commons, they are classed as an independent.