In a Daily Telegraph column in 2018 the PM described Muslim women who wear the burqa as looking like “letterboxes” and “bank robbers”. 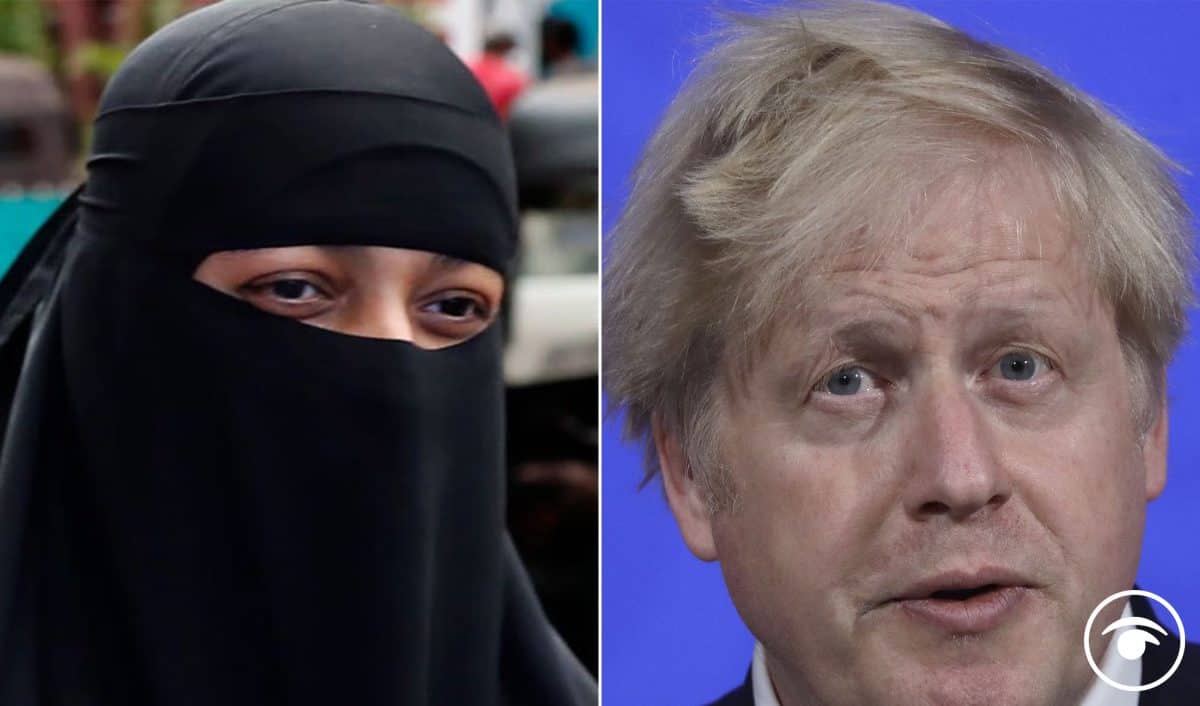 Boris Johnson’s comments about women wearing the burka have given an impression that the Tories are “insensitive to Muslim communities”, an independent review into alleged Islamophobia and discrimination in the Conservative Party has said.

The inquiry found anti-Muslim sentiment was seen at local association and individual levels but claims of “institutional racism” were not borne out by evidence of the way complaints were handled.

In a pointed message to Mr Johnson, the review led by Professor Swaran Singh said the leadership of the Conservative Party “ought to set a good example for appropriate behaviours and language”.

The Prime Minister was cleared by a majority on an independent panel over a complaint he broke the party’s code of conduct following a Daily Telegraph column in 2018 which described Muslim women who wear the burqa as looking like “letterboxes” and “bank robbers”.

Mr Johnson said he was “sorry for any offence taken” over his journalism and told Prof Singh’s investigation: “Would I use some of the offending language from my past writings today? Now that I am Prime Minister, I would not.”

In response to Mr Johnson’s assertion he would not make such remarks now, the report said: “While this could be considered leading by example, the investigation would like to emphasise that using measured and appropriate language should not be a requirement solely for senior people, but ought to be expected throughout the Conservative Party.”

The investigation also examined the controversial and unsuccessful mayoral campaign Zac Goldsmith – now Lord Goldsmith of Richmond Park – ran in London against Sadiq Khan in 2016, during which he accused his Muslim Labour rival of associating with extremists.

The report said Lord Goldsmith “accepts poor judgement in the way his campaign was conducted but forcefully denies harbouring anti-Muslim sentiments or using such sentiments for political advantage”.

The report said high-profile cases like Mr Johnson’s and Lord Goldsmith’s “give the impression to many that the Party and its leadership are insensitive to Muslim communities”.

The inquiry carried out by Prof Singh, a former commissioner at the Equality and Human Rights Commission, was established by the party following a series of allegations about Islamophobic behaviour in the party and was widened to consider all forms of discrimination.

More than two-thirds of the incidents – 496 cases – related to Islam and 74% of all the cases involved social media activity.

Around a third of cases – 231 – resulted in a sanction, with 50% resulting in a suspension and 29% an expulsion from the party.

No action was taken in 418 incidents for reasons including the complaint being in relation to someone who was not a party member, insufficient evidence or a prior investigation.

There was no evidence that complaints related to Islam are treated differently from those related to other forms of discrimination, nor did the panel find evidence of attempts to pressure or interfere with the handling of individual complaints.

But Prof Singh told PA the complaints process was “clunky, cumbersome and slow, and not transparent”.

Former Tory chairwoman Baroness Warsi has accused the party of “institutional racism” and submitted a dossier of 30 cases to the inquiry.

The report said it carried out “in-depth scrutiny” of the cases provided by Lady Warsi but “we concluded that her allegation of ‘institutional racism’ against the party was not borne out by evidence available to the investigation as regards the way the party handled the complaints process”.

But the report acknowledged that “anti-Muslim sentiment remains a problem” within the Conservative Party.

“While the party leadership claims a ‘zero tolerance approach’ to all forms of discrimination, our findings show that discriminatory behaviours occur, especially in relation to people of Islamic faith.”

But the investigation did not find evidence of a party which “systematically discriminated against any particular group”.

The review process has been regarded with scepticism by some critics, with the Muslim Council of Britain warning it would be a whitewash.

But Prof Singh said: “I hope fair minded people who read the report will see that we haven’t shied away from criticising the party.

In a message to Mr Johnson, Prof Singh said: “As the leader of the Conservative Party, I would say lead by example and accept our recommendations unequivocally. Accept them unconditionally. Implement them and get someone to monitor the implementation.”

The report called on the Tories to introduce sweeping changes to the complaints process, publishing an action plan within six weeks to set out how it will respond, followed by a six-month progress report and a one-year review carried out by an appropriate body.

Within six weeks, the party should review its social media rules and within six months develop training on “acceptable” behaviour online.

Within a year, the report said the party should produce and implement a single, mandatory code of conduct across the entire membership in England, Wales and Northern Ireland.

Related: Glasgow immigration raid: Patel says it was what ‘British public voted for’ and vows to do more