Corbyn said the latest revelation shows Johnson is “deliberately misleading the people” about his deal with Brussels. “We have now caught Johnson red-handed." 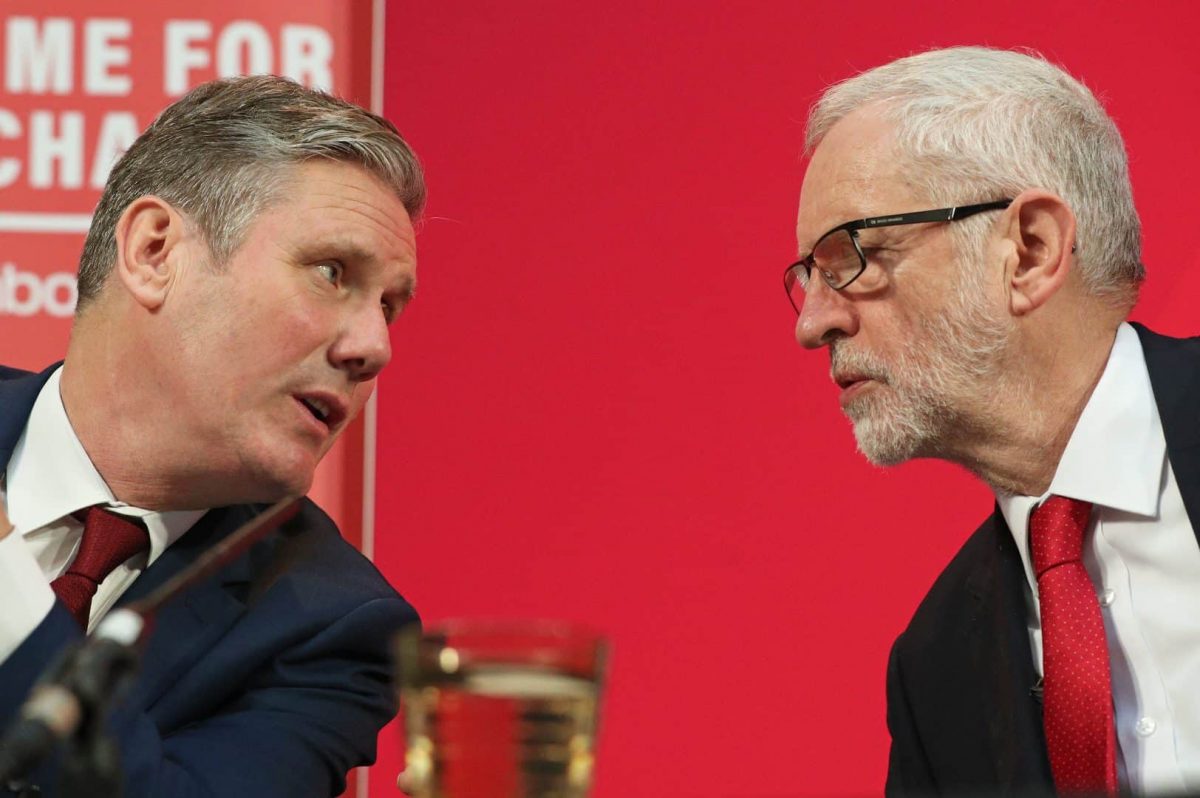 Jeremy Corbyn has revealed a confidential document he claims “drives a coach and horses” through Boris Johnson’s Brexit claims and further exposes the Prime Minister for “deliberately misleading” the public.

The Labour leader brandished the dossier marked “official – sensitive” at a press conference on Friday, saying it is “cold, hard evidence” from the Treasury that the PM’s Brexit deal would damage the nation.

The report proves there would be customs checks between Great Britain and Northern Ireland after Brexit, something Johnson has repeatedly claimed would not happen, as it breaks all his previous pledges to the people of Northern Ireland.

Watch Boris Johnson just last month promise Conservatives in Northern Ireland “unfettered access” to the rest of Britain – a promise these documents reveal is a lie:

Reacting to the leaked government document, the Tories said it did not back up Jeremy’s Corbyn’s “wild conspiracy theories” yet they were unable specifically rule out the presence of a customs border in the Irish Sea under their deal.

But speaking at the London headquarters of the Unison union, the Labour leader said: “This is cold, hard evidence that categorically shows the impact a damaging Brexit deal would have on large parts of our country.”

The unveiling of the 15-page slideshow prepared by the Treasury and titled “NI Protocol: Unfettered Access To The UKIM” comes after Jeremy Corbyn shared a document earlier in the campaign that he said proved the Tories want to “sell off” the NHS in a trade deal with the US.

Corbyn said the latest revelation shows Johnson is “deliberately misleading the people” about his deal with Brussels. “We have now caught Johnson red-handed misrepresenting his own Brexit deal,” he told reporters.

The document, Corbyn added, “drives a coach and horses through the Prime Minister’s claim that there will be, in his words, no border in the Irish Sea”. The leak shows how for trade going from Northern Ireland to Great Britain, the government cannot rule out several different checks, including on regulations and animal health.

A section headed “economic impact on Northern Ireland” suggests high street goods are “likely to increase in price”, and many exporters could struggle with the costs of border checks, which will be “highly disruptive”

Jeremy Corbyn highlighted page five of the document, which lists customs and security checks on exports from Northern Ireland to Great Britain as “potential fetters” to trade. For goods travelling in the other direction, the document says tariffs, customs declarations on imports, checks on safety, security and regulations are possible issues.

The Government have been very cagey about this issue ever since Johnson unveiled his deal, then promptly called an election rather than give parliament adequate time to scrutinise it. The PM suggested last month that Brexit Secretary Stephen Barclay was wrong to say that goods between Northern Ireland and the rest of the UK would face checks as a result of his Brexit deal.

Barclay had told MPs “some information” and “minimal targeted interventions” would be required on goods travelling across the Irish Sea.

Corbyn was joined on the stage by shadow Brexit secretary Sir Keir Starmer, who used the document to unpick “the untruth of Johnson”. Sir Keir said: “The issue of whether there are going to be checks is absolutely blown out of the water by this document, as is the suggestion that it won’t be bad for business.”

Despite confirming that he would vote Remain again in a repeat EU referendum promised by Labour, Sir Keir said the Brexit deal his party would pursue and include in that vote is the only way to leave the EU while preventing the NHS being on the table in US trade talks.

Tory Party chairman James Cleverly insisted: “Once again, Jeremy Corbyn is brandishing leaked documents that don’t back up his wild conspiracy theories. The Conservatives have negotiated a great new deal with the EU which takes the whole of the UK, including Northern Ireland, out of the EU.”

The Liberal Democrats welcomed the documents as evidence the PM “has been caught lying to the British public once again”.

Tom Brake, the party’s Brexit spokesman, said: “These documents confirm that his ‘great’ Brexit deal would be in fact a knockout blow to the economy of Northern Ireland.”

Labour’s manifesto for the December 12 General Election commits to brokering a “credible” new departure deal with Brussels and putting it to the public along with the option to Remain.

Jeremy Corbyn confirmed he would want voters aged 16 and up to be able to take part in that referendum, which would come within six months of a Labour victory.