"If a general election was called early, which seemed possible, Starmer would have little time to rectify his mistakes." 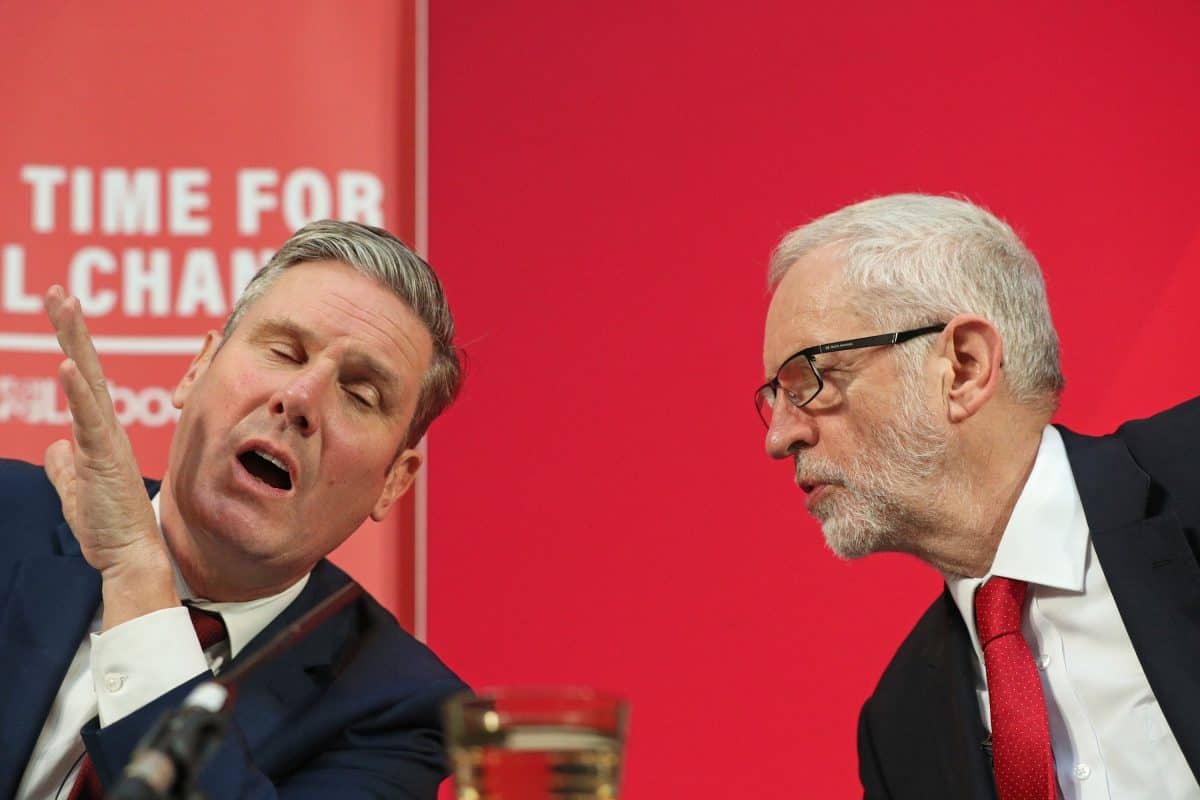 Labour’s ship is at risk of “going under” with Sir Keir Starmer at the helm, Len McCluskey has said.

In hard-hitting memoirs to mark his retirement, the Unite general secretary known as “Red Len” suggests Sir Keir will fail to win back the “Red Wall” seats Labour lost to the Tories in 2019.

He accuses the Labour leader of struggling to inspire the public and orchestrating an “anti-democratic crackdown on the left”.

In an unusual move, several pages of the book have been redacted by the publisher due to “sensitive material” that will be disclosed on publication next month.

The chapter in question relates to a showdown withSir Keir about Mr Corbyn’s suspension from Labour, in which McCluskey questions whether Starmer is a “babe in the woods” or “altogether more calculating”.

The first redaction is about a phone conversation when Sir Keir told the Unite leader he had suspended Mr Corbyn over antisemitism, followed by more than two pages about a meeting with the leader and his deputy Angela Rayner.

Mr McCluskey writes: “Angela began by requesting our discussion be confidential. Given what happened subsequently, I no longer feel bound by that.”

Then comes the two-page redaction. And he adds defiantly: “I am so confident of the account I have given here that I have submitted it for use in legal proceedings and will stand by it in court.”

“Little time to rectify his mistakes”

In a withering verdict on Sir Keir after Mr Corbyn’s suspension, Mr McCluskey writes: “I still hoped and believed that Keir Starmer could be Prime Minister.

“But I was fearful that if he continued on the course set in his first year of leadership he would not win back the red wall seats.

“If a general election was called early, which seemed possible, Starmer would have little time to rectify his mistakes.

“He still had the opportunity to change course, unite his party around a radical platform and make the promised ‘moral case for socialism’.

“But he needed to realise that if the ship he was captaining listed too far to the right, it would go under.”