Emily Thornberry and Clive Lewis will find out whether they have sufficient support to make it through to the next stage of the contest. 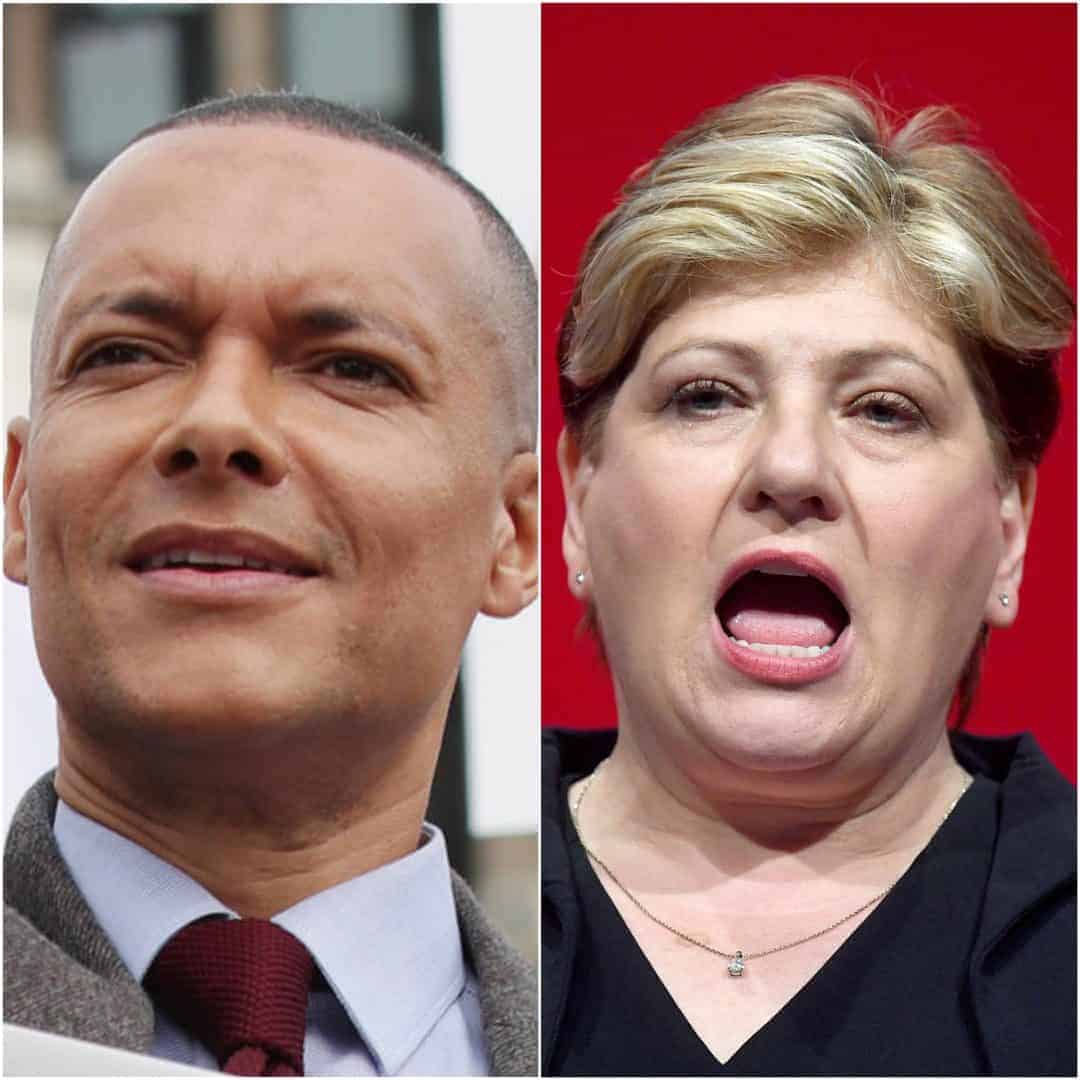 Labour leadership hopefuls Emily Thornberry and Clive Lewis are set to learn whether they stand a chance of making it on to the ballot paper in the race to succeed Jeremy Corbyn.

The two frontbenchers have until 2.30pm on Monday to secure the 22 nominations from Labour MPs and MEPs they need to go forward to the next stage of the contest.

“Fairly confident” of making it

But as of Sunday, Ms Thornberry, the shadow foreign secretary, had only 10, while Mr Lewis had just four.

With a significant number of MPs yet to decide who to back, Ms Thornberry said at the weekend that she was “fairly confident” of making it, but Mr Lewis admitted getting the numbers was “hard”.

Mr Lewis, who requires another 18 backers to progress, said he had “faith” in his colleagues to put him through to the next round of the contest, despite him touching on “difficult” topics during his leadership pitch.

“I’ve got faith in my colleagues”

“I understand it is difficult because I am talking about things which are hard for people to hear. This isn’t about triangulating on our policies – it is about saying you have got a political system that is stacked against you.

“Why do you keep playing by the rules with both your hands tied behind your back? Change the rules.”

In the race for deputy leader, which is running in parallel, two candidates – shadow education secretary Angela Rayner and Ian Murray – are already through.

Three others – Richard Burgon on 18, Rosena Allin-Khan with 17 and Dawn Butler with 15 – are hoping they can also make the cut.

Those who qualify in the two contests then need to get the nominations of 33 local constituency parties or three Labour affiliates – including at least two trade unions – to enter the final postal ballot of party members and registered supporters.

Over the weekend, the left-wing activist group Momentum, which helped propel Mr Corbyn to the leadership in 2015, said it was recommending support for Ms Long-Bailey and Ms Rayner.

It will now ask its members whether they agree with the recommendations, with ballots – consisting of just two questions – to be sent out this next week.

The group’s backing for Ms Long-Bailey is unsurprising given that she has long been the favoured candidate of the left to take on Mr Corbyn’s mantle.

However, many Corbyn-supporting MPs are backing Mr Burgon, the shadow justice secretary, for deputy rather than Ms Rayner, and Momentum’s support will be a significant boost for her campaign.

Although she already has the support of her close friend Ms Long-Bailey, Ms Rayner is distrusted by some on the left after backing Andy Burnham for leader in 2015 rather than Mr Corbyn.

Reports have suggested some around the Labour leader believe she was responsible for trying to undermine him.

Related: Rebecca Long-Bailey says she would abolish House of Lords if she was PM