Tim Walker tweeted: "The explanation is quite simple: wealthy Tory donors invest in the Tory party, the Tory party gives them a humongous return on their investments out of public money." 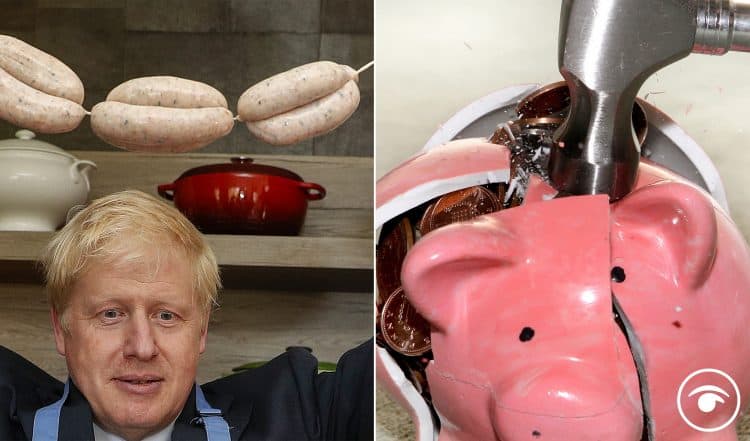 The Labour Party has demanded that the PM explains the existence of a secretive “advisory board” formed of wealthy Conservative donors who have received regular access to the Johnson and the Chancellor Rishi Sunak.

The FT reported that party chair Ben Elliot, whose is trying to increase Tory fundraising efforts, had created the club for some of the party’s most generous donors, some giving £250,000 a year or more.

The FT’s Jim Pickard tweeted: “- secretive club for major Conservative donors known as the ‘Advisory Board’ has been holding regular meetings and calls with Johnson & Sunak – the club includes several members who have given at least £250,000 to the party.”

– the club includes several members who have given at least £250,000 to the partyhttps://t.co/il1vlglIyP

and here's our long read for @FTMag on Boris Johnson, the Conservative party and £$£$£https://t.co/Yeeo78qJLP pic.twitter.com/NlvnTnoi53

one well-placed Tory referred to a “250 club”, saying it “is like whisky: you push to see how high you can raise the price…."

– members get monthly access to Johnson or Sunak, according to sources

– officials say it was set up before Johnson took power, but decline to say when

– it does not officially exist on any party literature

The Conservative party confirmed the existence of the board, and the fact that its members meet with senior party figures for “political updates”.

News that the chancellor and prime minister have been holding discussions with super-rich donors comes as the government is facing a series of key decisions on tax and spending, will concern a lot of the population.

Labour’s Anneliese Dodds said: “This appears to be less of an advisory board than a means for a select group of elite donors to gain privileged access to the prime minister and the chancellor.

“The Conservative party needs to explain what access this group had, what they have used that access to lobby for, and why they think it’s OK for there to be one rule for high-ranking Conservatives and another rule for everyone else.”

A Conservative party spokesperson said: “Donations are properly and transparently declared to the Electoral Commission, published by them, and comply fully with the law.

“Fundraising is a legitimate part of the democratic process. The alternative is more taxpayer-funding of political campaigning, which would mean less money for frontline services like schools, police and hospitals.”

This is not an ‘advisory board’, this is cash for access to @BorisJohnson and @RishiSunak for super-rich donors.

This is why Conservative Ministers act in the interests of their donors, not the British people. https://t.co/NHXZ3YWtOk

There's a rather charming frankness about the Tories' decision to call the fantastically wealthy donors who give vast sums to push their personal agendas an "Advisory Board". https://t.co/29iVqANuC2

Under Elliot the Advisory Board has become the most desirable club in the Tory party, its members granted monthly access to Johnson or chancellor Rishi Sunak, according to people briefed on its activities.

We need to know who this group met, what they lobbied for, and why senior Conservatives think it’s ok for there to be one rule for them and another rule for everyone else.https://t.co/HgJ6XxXajC

Johnson’s government is a co-operative: it co-operates with donors for vast mutual enrichment. https://t.co/curgcPHb7i

The explanation is quite simple: wealthy Tory donors invest in the Tory party, the Tory party gives them a humongous return on their investments out of public money. https://t.co/curgcPHb7i

"Well, yes, I know we call them an Advisory Board but we don't really pay any attention to what they ask us to do." pic.twitter.com/dELqXVq2Yi