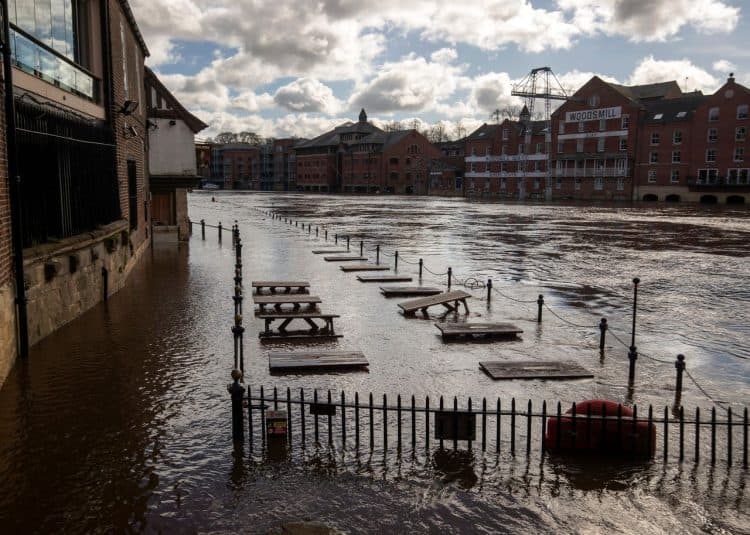 The UK is one of the best places in the world to survive a global societal collapse – but it isn’t as good as New Zealand.

A new study singled out the UK, New Zealand, Iceland, Tasmania and Ireland as the places best suited to cope with the “shocking” impact of the worldwide disintegration of society as we know it.

Researchers said human civilisation was “in a perilous state” because of the environmental damage caused our interconnected and energy-dependent society.The study concluded the human civilisation is in a “precarious and perilous position with regards to its future”.

Island nations like the UK and Ireland have been described as “collapse lifeboats” due to their ability to support “significant populations”. New Zealand is best-suited because it uses geothermal and hydroelectric energy resources on a “large scale”and has plenty of agricultural land.

The UK and Ireland are among five nations most likely to survive a collapse of global civilisation, researchers have said https://t.co/MngIIYxsOi

Countries have been ranked based on factors such as their ability to feed their current population with nationally-grown food, energy independence, renewable energy resources and manufacturing abilities.

Billionaires have reportedly been buying land bunkers in New Zealand in preparation for the apocalypse. “We weren’t surprised New Zealand was on our list,” Professor Aled Jones of the Global Sustainability Institute at Anglia Ruskin University told the Guardian.

Jones added: “We chose that you had to be able to protect borders and places had to be temperate. So with hindsight it’s quite obvious that large islands with complex societies on them already [make up the list].

“We were quite surprised the UK came out strongly. It is densely populated, has traditionally outsourced manufacturing, hasn’t been the quickest to develop renewable technology, and only produces 50 per cent of its own food at the moment. But it has the potential to withstand shocks.”

Well Jones was not the only person to be surprised that the UK was on the list.

Iceland's an unknown quantity, but with New Zealand, the UK (and parts thereof), Ireland and Australia there's potential for a decent postapocalyptic rugby tournament. https://t.co/khmf9m5HF8

Look, I've spent some time in the UK, wonderful place in a lot of ways, but real talk. When it was mildly warm you had people acting like it was doomsday and they had to put up signs reminding people to drink water in order to not die. https://t.co/Jdgvlotcpu

Well, once there's no snow. https://t.co/ZLLnbzfQQl

Yeah this is the premise of several John Wyndham novels. https://t.co/sz54Dnp9AZ

My understanding is that @BorisJohnson is conducting this research in real time.

The UK and Ireland are among five nations most likely to cause a collapse of global civilisation, researchers have said

UK and Ireland amongst the countries most likely to survive a collapse of civilisation, which I can only assume is because of the large whisky reserves pic.twitter.com/VikzlwWjqs

I guess that makes us the cockroaches of humanity… https://t.co/q0Y0PV3a3c

yet more bad news for young people hoping that a collapse in global civilisation might be a chance to finally get on the housing ladder. https://t.co/MIKY03PqeG

I guess the researchers forgot about this then 😉https://t.co/c3kQ9MTX6b

Related: ‘Got to be f*cking kidding me!’ Dismay as Latin offered in state schools to make language less ‘elitist’